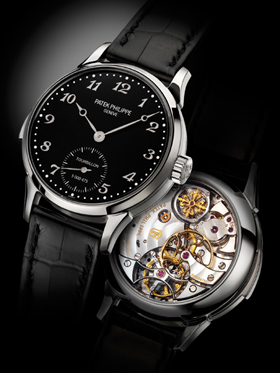 Patek Phillipe Today in the Principality of Monaco, the world-famous charity watch auction ONLY WATCH was held under the High Patronage of HSH Prince Albert II. Forty unique timepieces donated by top brands were sold by Antiquorum, the entire proceeds of which are donated to support research on Duchenne Muscular Dystrophy.

Patek Philippe’s 3939HA Minute Repeater Tourbillon in steel (Caliber R TO 27 PS movement is 6.58 mm thick with 28 jewels, 336 parts and a 48 hour power reserve piece unique) went for an amazing 1.4 million Euro, or nearly $2 million US ($1,909,704 to be exact) –answering to the demand of true collectors who recognize the significance of this combination of complexity and rarity built in a steel piece from this brand.

DeWittRafael Nadal, which was worn by Nadal when he won the 2011 Monte Carlo championships for the 7th consecutive year. The watch sold for 510 Euro, or approximately $688,630.  It is a light, tonneau shaped and curved, prototype made of carbon, titanium and Lital with visible one-minute tourbillon regulator.

DeWitt was the third best-selling lot at 410 Euro, or $553,605 for its  “Concept Watch No. 3 – X-Watch.” It is a reversible watch made of titanium and steel, with double bi-retrograde hours and minutes, visible one-minute tourbillon 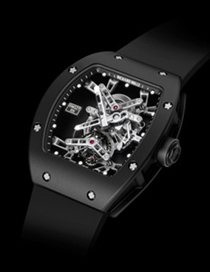 Richard Mille and power reserve on the front side, chronograph on the reverse, registers, power-reserve indication and a DeWitt titanium and black PVD triple folding clasp.

A few of our favorites: 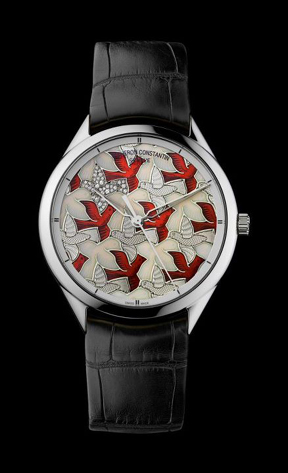 The Vulcain Cricket (lot 39), a favorite of ours thanks to its American Heritage, garnered a respectable 11,500 Euro, or approximately $15,500 US.

Check out our post a few weeks ago to see the video of all 40 timepieces. https://www.atimelyperspective.com/2011/9/3/video-antiquorum-unveils-the-40-only-watch-2011-auction-lots