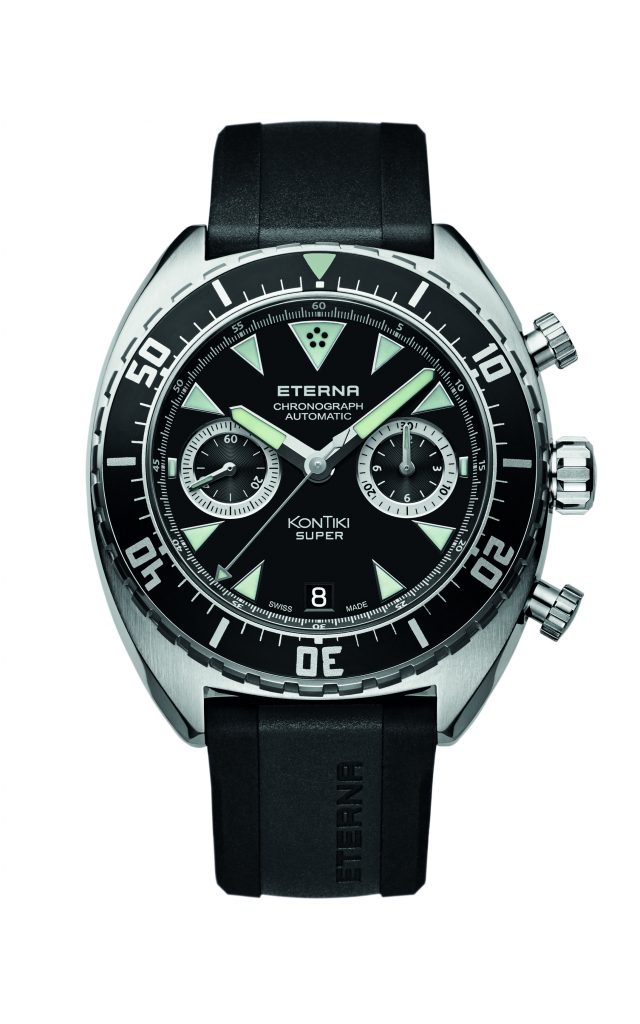 For more than 160 years, Swiss watch brand Eterna has been known for its pioneering spirit — in watchmaking and on the water. This company is known for unveiling a host of firsts, including the famed Eterna Matic rotor, as well as for releasing the first wristwatch with an integrated alarm, and the Eterna Spherodrive ball- bearing-mounted barrel. Eterna watches are  also the only  modern-day instrument that famous ocean expedition Thor Heyerdahl and his crew took with them when they crossed the Pacific Ocean on a wooden raft in 1947.  Now, in honor of the 70th anniversary of that incredible voyage, Eterna unveils the Super KonTIki Chronograph in blue- and black-dial versions.

Thor Heyerdahl, Norwegian ethnographer, botanist, and zoologist, crossed the Pacific Ocean on a wooden raft, named KonTiki after an Incan snugged, to prove that ancient pre-Columbian Indians of South America could reach Polynesia with the help of the Humboldt Current and the Passat wind.  In addition to a hand-cranked radio for weather reports, he and the crew were equipped with six Eterna timepieces. After 101 days and nights on the high seas, when they finally arrived in Polynesia, the voyage was declared a success. Eterna designed a unique collection in honor of the dangerous adventure. Called  KonTiki, the line has consistently been one of the brand’s most popular collections. 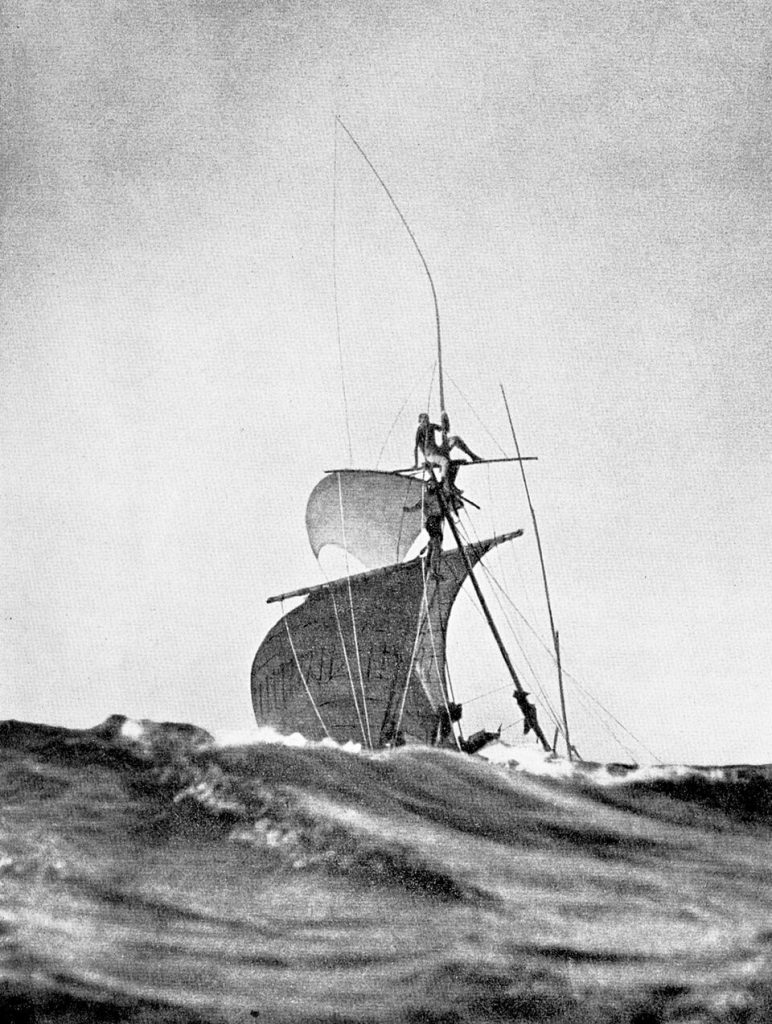 The Eterna KonTiki watch is named for the KonTiki raft in the 1947 expedition on the high seas.

The new Eterna Super KonTiki Chronograph is equipped with an  in-house 3916A flyback chronograph caliber and is resolutely bold and powerful. The robust  45mm case is crafted of stainless steel, and the watch if offered with a choice of steel bracelet or rubber strap. The dial choices are black or ocean blue, and the iconic triangle indexes and hands are generously coated with Super-LumiNova for easy night time reading.  The polished rotating bezel also has a luminous triangle for functional time telling. 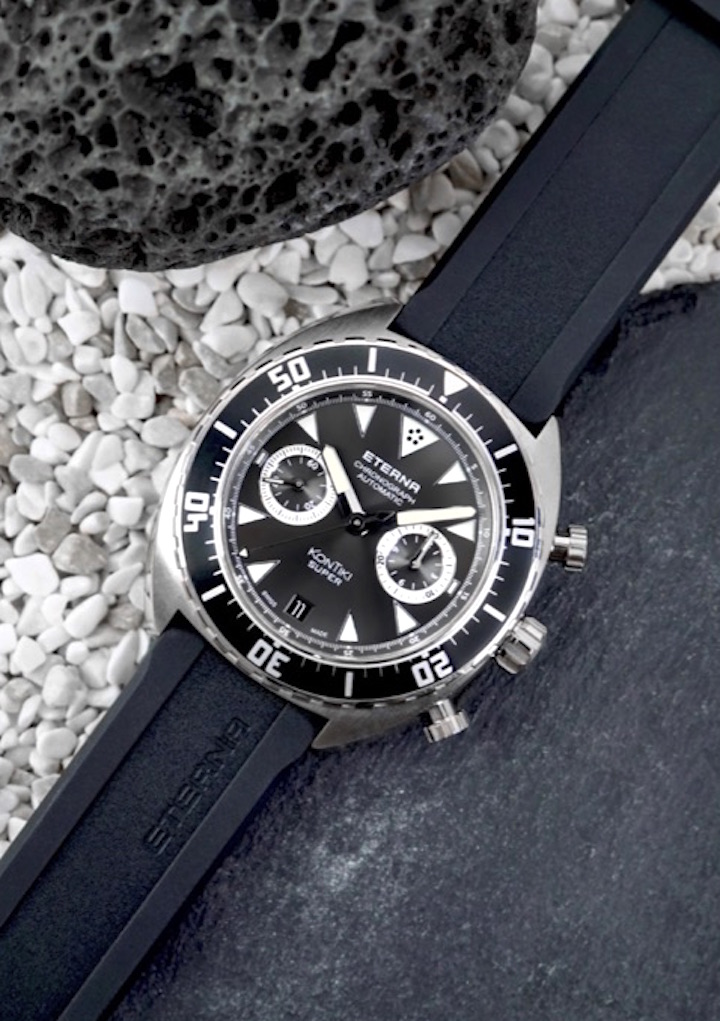 The Eterna Super KonTIki Chronograph is a certified chronometer.

The Movement of the Eterna Super KonTikin Chronograph

One of the key elements that sets the Super KonTiki Chronograph apart from the other KonTiki collection pieces is the movement with flyback chronograph designed in-house.  The flyback function enables the chronograph to be reset to zero to immediately start timing again without the need for the stop and reset steps. 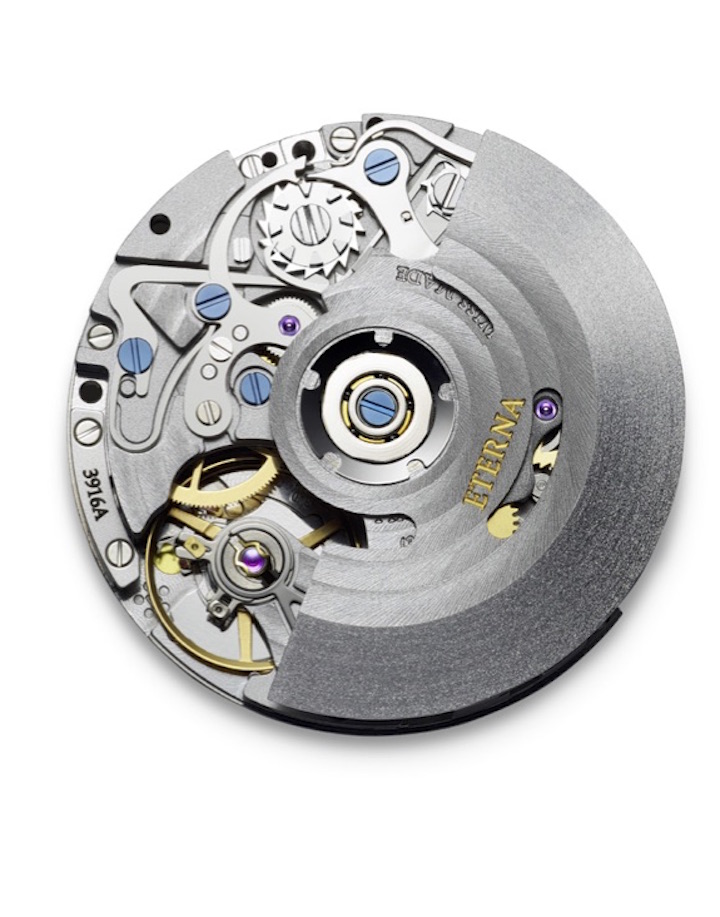 The Eterna Super KonTiki’s automatic flyback chronograph movement, the Calibre 3916A, is part of the legendary   family of 39 Eterna movements

The Super KonTiki’s automatic flyback chronograph movement, the Calibre 3916A, is part of the legendary   family of 39 Eterna movements. It beats at 28,800 vph, and has an impressive 60-hour power reserve. The oscillating weight has a micro blasting finish on it.  To offer variety, Eterna is issuing the watch with a sporty rubber strap or with a stee lMilanese mesh bracelet. 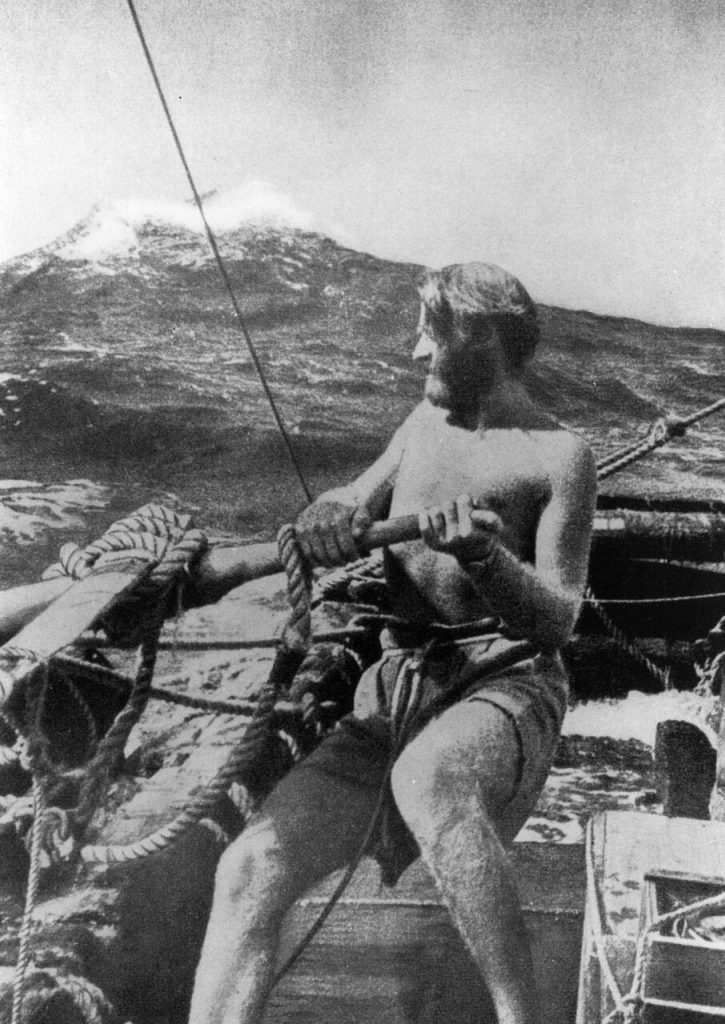 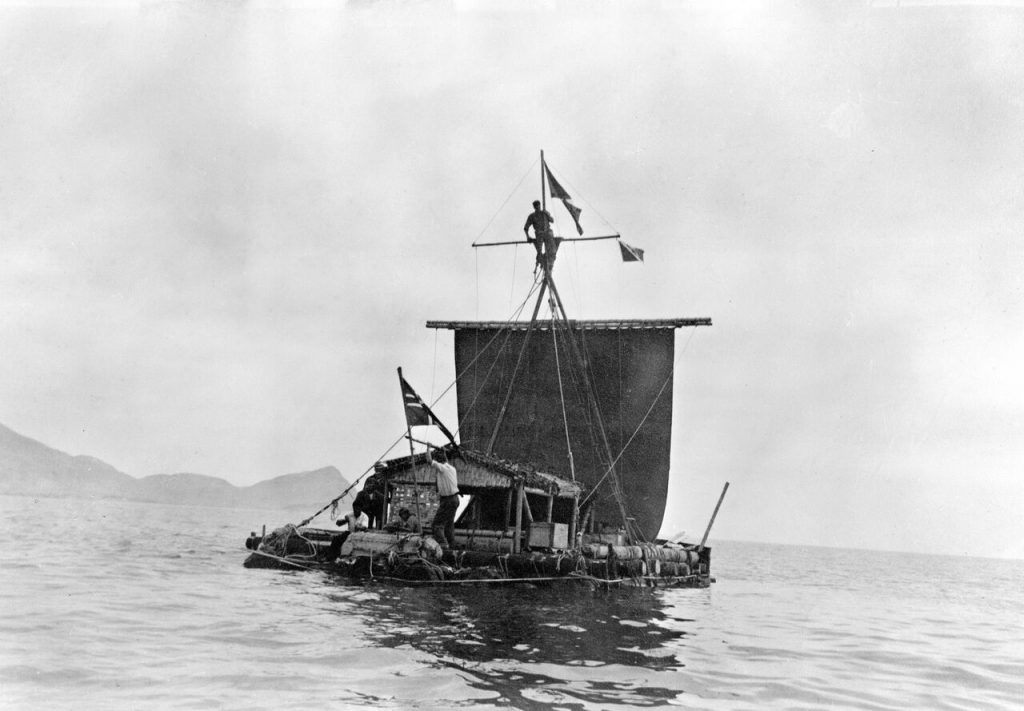 Interestingly enough, for 70 years ago, the crew’s watches  survived the journey without damage from the sea, humidity or changing temperatures.  The KonTiki line, developed thereafter in tribute to the voyage, offered all the same durability and precision.  Today, Eterna continues to innovate in terms of movements and technology, regularly revamping designs and timepieces in its many collections. 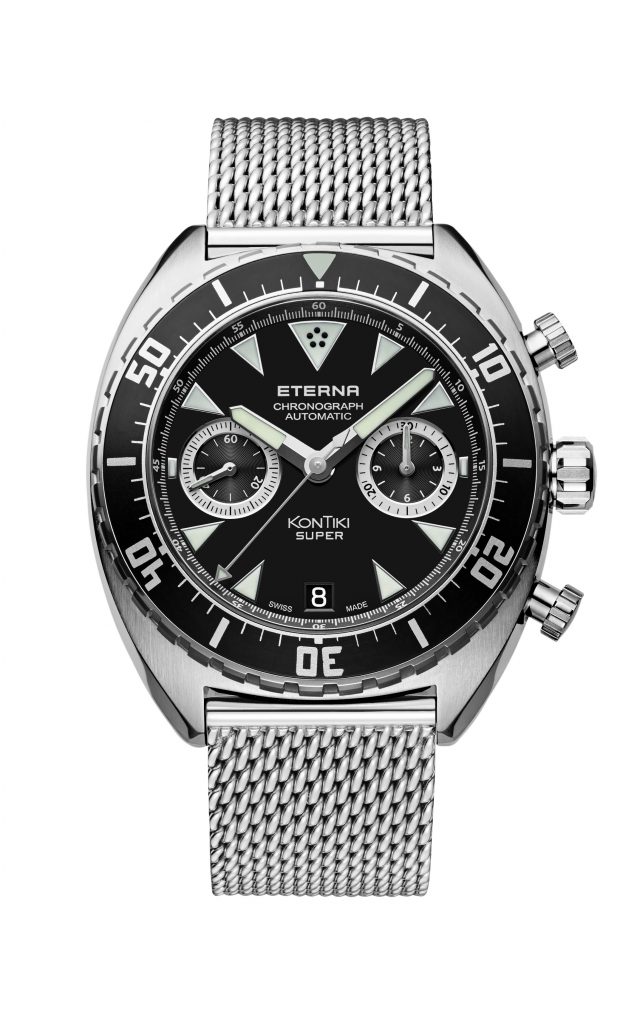