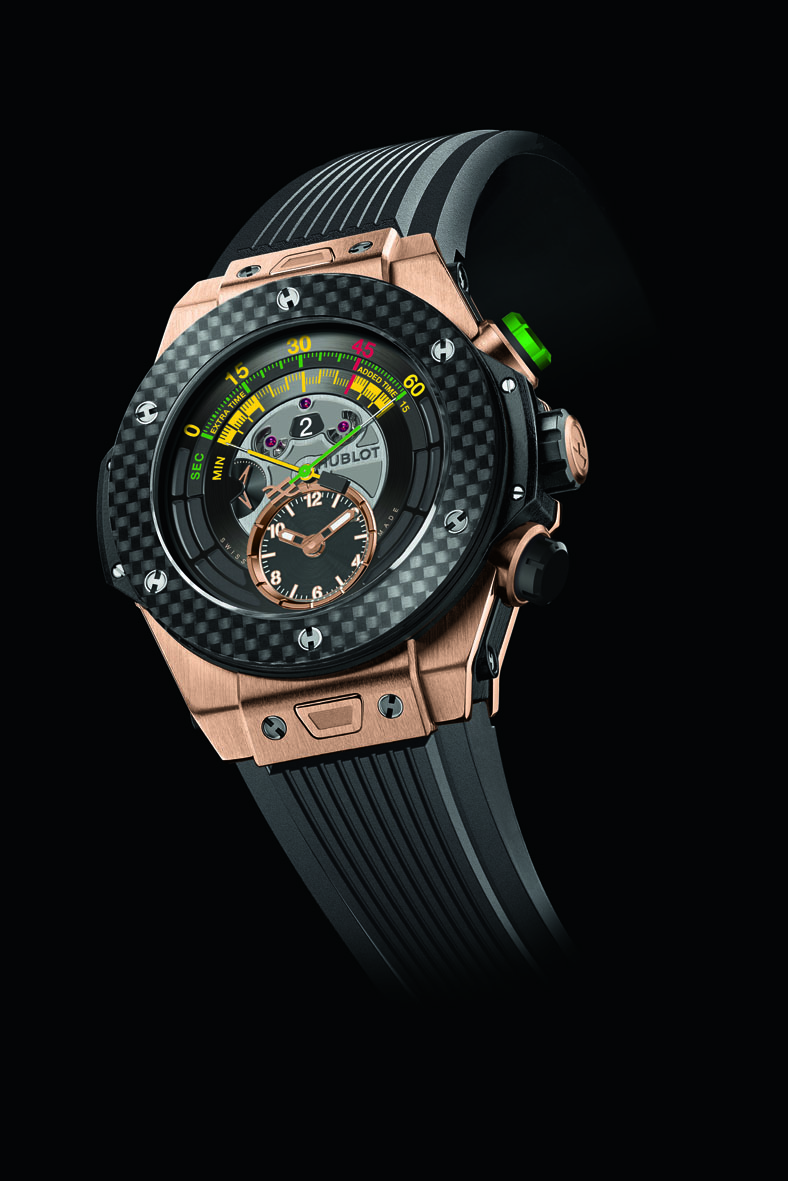 Lovers of international football are passionate about the sport. They may also be passionate about the world premier of the official watch of the 2014 FIFA World Cup – the Hublot Big Bang Unico Bi-Retrograde Chronograph King Gold. The watch, unveiled in Tokyo with world-famous Pelé, was developed and designed especially for World Cup football fans by Hublot, which is the Official Timekeeper of the games as well as the Official Watch. The Hublot Big Bang Unico Bi-Retrograde Chronograph King Gold represents the first time Hublot has produced a bi-retrograde function along with a central chronograph. The movement has a patent pending. It was 18 months in the R&D stages. The new automatic HUB1260 caliber is composed of 385 parts. The double retrograde display (where the hands return to their starting point lightning quick) is specially designed around the sport. When the chronograph is started, its second hand and minute hand move from left to right in a circular arc of 45 minutes (one half of a football match), with an area for 15 minutes’ added time up to 60 minutes. A special push-button at 2:00 is used to show  (in a window at 12:00) the period of time from either the 1st half, half time, 2nd half or end of match. 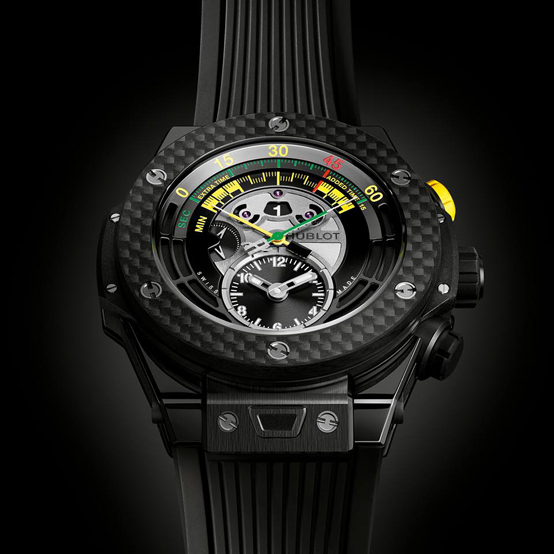 Hublot Official Watch of the FIFA World Cup, in ceramic and carbon fiber.

Referred to affectionately as the 45mm Soccer Bang, the watch features the national colors of Brazil – yellow and green – on the dial.  The strap attachment features the “One click” system that allows the wearer to switch between straps, and  is sold with a  ribbed natural rubber strap.  Officially named the “Hublot Big Bang Official Watch of the 2014 FIFA World Cup Brazil™”, it   is available in 18K King Gold with carbon fiber bezel limited to just 100 pieces and retailing for $42,400, or in a black ceramic version, also with a carbon fiber bezel, limited to 200 numbered pieces retailing for $26,300. With such exclusive production, it’s going to be tough to score one.