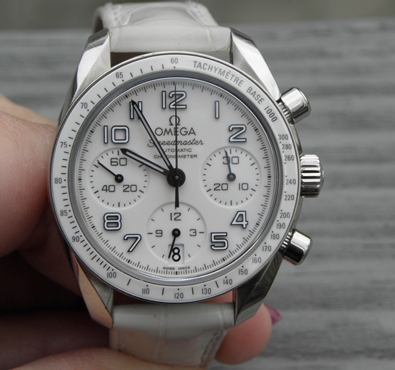 The Omega Speedmaster chronograph was created in 1957 and has always been regarded as a high-precision sturdy, reliable watch. In 1969, it made history as the first watch to be worn on the moon. This week, it was the watch I relied on during hurricane Sandy, the subsequent power outage for six days and the clean-up after the fact.

This Speedmaster Automatic Chronometer is a superb watch. Housing the self-winding Omega 3304 caliber, the watch is a chronograph and officially certified COSC chronometer. I love the feel of the automatic movement and its self-winding capabilities – you know you have mechanics on the wrist with this watch. For me, even though time wasn’t essential during the blackout, I needed to know the time and date and with this watch I was certain it wouldn’t die as a quartz watch might if its battery ran out during the long days and dark nights.  Additionally, during the 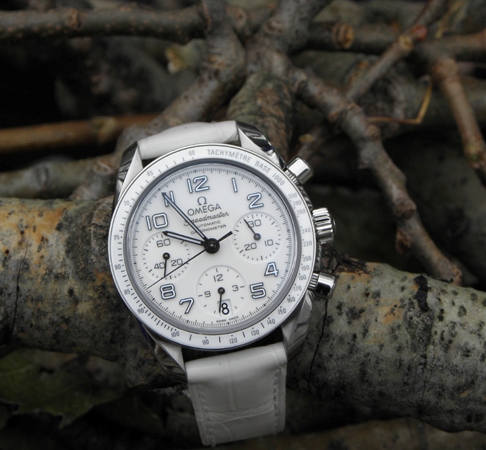 aftermath and the cleanup outside, I knew it was rugged enough to go the distance hauling logs, brush and debris off the pool and out of the yard. While I didn’t use the tachymeter bezel, I did, in fact, use the chronograph to track how long it took to get just the one big tree off the pool:  6 hours, 22 minutes and 10 seconds. After that, I stopped timing the take down of the other fallen seven trees. It was tiring work but the watch kept up! I love this timepiece. Retail is about $4,900 – and at that it is a steal.