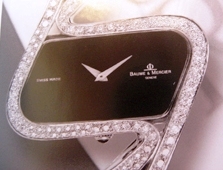 Recently, we brought readers a little insight into the birth of the wristwatch – for those who enjoy a little history and some fun facts.  Continuing that saga, which covered the turn of and the first two decades of the 20th century (see that coverage here), we now bring you perspective on how the wristwatch evolved over the ensuing two decades. 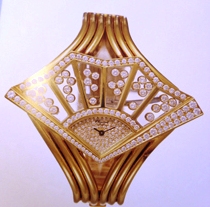 The first wristwatches, used by military and becoming more popularly accepted in everyday life by 1920,   were mechanical timepieces that were wound manually by the wearer.  However, as watchmakers strove to make wristwatches smaller and more wearable, the self-winding wrist watch finally made an appearance. It was English watchmaker John Harwood who is credited with having invented the automatic self-winding wristwatch, for which he applied for a patent in 1923. Still, with the economic crisis in the 1920’s and due to some inherent technical flaws, self-winding wristwatches really did not begin to enjoy their production heyday until the late 1930’s and early 1940s.

Throughout the 1920’s, wristwatches became the preferred mode of time telling – with women seeking to don them as fashion statements and sports enthusiasts and explorers looking to them as functional instruments . 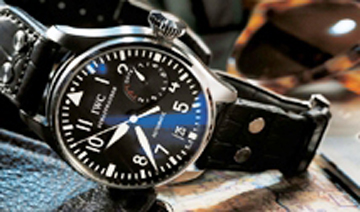 As a result of these two realms, the 1920s saw the rise of the Art Nouveau an Art Deco wristwatch styling – with stunning gold watches set with diamonds and gemstones that reflected the era. First floral and sinewy designs came into place, followed by a geometrical style that remains one of the most emulated eras of wristwatch design.  Brands such as Cartier, Van Cleef & Arpels, Chanel and Piaget, among others, were leaders in this realm.  In 1929, Jaeger-LeCoultre succeeded in creating the world’s smallest movement in the Caliber 101– a recognition it still holds today.  This opened up a host of exciting design possibilities. 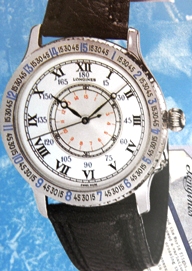 Conversely, the rugged wristwatch that could time anything also became important. Mercedes Glietze made history in the mid-1920’s when she swam the English Channel wearing a Rolex watch. The watch, submersed in water for 10 hours under trying conditions, maintained perfect time and became the first water-resistant timepiece. Rolex named it the Oyster. In 1927,Charles Lindbergh worked with Longines to create the Hour Angle pilots watch. In the 1930’s, Jaeger-LeCoultre released the now-famed Reverso watch – created for polo players who wanted to protect their timepieces. The Reverso swiveled in its case and could turn over – with a solid gold plate on the back that the players would turn out during games. In 1932, Amelia Earhart donned an Omega wrist chronograph when she became the fistr woman to cross the North Atlantic solo by air.

Other great strides in watchmaking came in the 1930’s, as well. IWC, for instance, developed the first anti-magnetic pilot’s watch in 1938,

with a soft inner iron case to guard against magnetic fields that could throw timing off. Breitling introduced it firs wristwatches with slide rule bezels for pilot calculations, and other watchmakers began perfecting chronograph wristwatches.  By the close of the 1930’s the race was on to create ever more accurate and functional wristwatches, and to bring design to new levels.  The 1940’s to the 1960’s were wrought with creativity – but that’s a story for another time.  Stay Tuned.