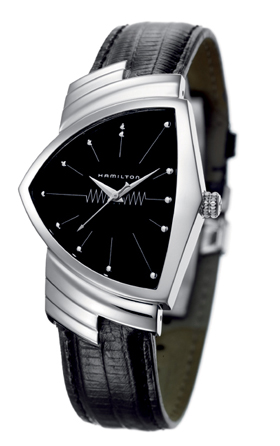 Hamilton Watch Company has had a long and fruitful relationship with Hollywood over the years, since it starred in its first film in 1951 with the Oscar-nominated movie “The Frogmen”.  Actors playing naval diving heroes wore the same model Hamilton watches as American soldiers had worn during the WWII. Since then the brand’s distinctive watches have caught the attention of the world’s leading screen stylists thanks to Hamilton’s unusual shapes, designs and materials.  In fact, the brand has more than 400 movies credited to it, with one of the early winners being the iconic Ventura watch – worn by Elvis Presley in the 1961 film, Blue Hawaii. It is difficult to determine the real winner here: Presley – 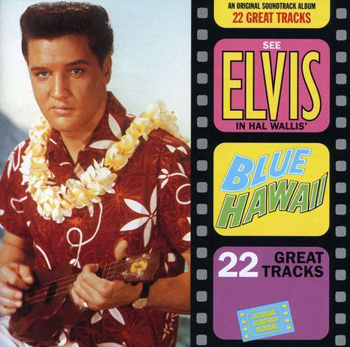 actor, singer turned King; or the Ventura – a watch unlike any other that has become a legend in Hamilton’s line up and in watchmaking history. It remains a continually updated watch even today. Shine On, Ventura. What’s more, Hamilton continues to remain in the Hollywood spotlight. Watch for more news on that from Atimelyperspective coming soon!