Time Capsules- News: Baume & Mercier Shows the Charitable Side of its Moments 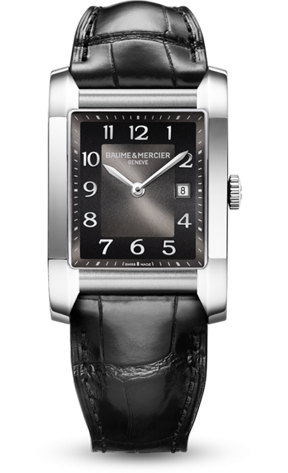 A few nights ago, we joined Tourneau at the Tourneau TimeMachine for Baume & Mercier’s Winter Seaside Celebration; the main floor was packed with people.  Baume & Mercier, known for its affordable luxury timepieces, partnered with Tourneau to benefit the charity Love146, which works to end child sex slavery and exploitation.  The evening was filled with strong emotions thanks especially to a photo exhibition titled “Into the Light” by Pulitzer Prize-winning photojournalist Carolyn Cole. Commissioned by Baume & Mercier, Cole’s powerful photographs of children illustrate the mission of Love146.

“We wanted to show our strong partnership with Tourneau and with Love146,” says Alain Zimmermann, CEO of Baume & Mercier, who noted that the brand’s 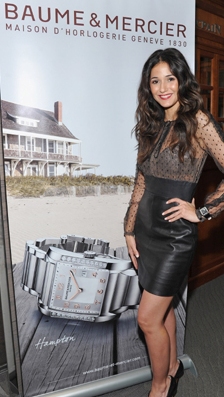 Actress Emmanuelle Chriqui joined Baume & Mercier to host their Winter Seaside Celebration benefiting Love146 at the TourneauTimeMachine in New York.tagline “Life is About Moments” should be true for everyone. “Through Love146 these children may be able to come back to a normal life. You can look at their photographs and see the hope in their eyes.”

Baume & Mercier North American president Rudy Chavez said he was first introduced to Love146 by one of its co-founders, Rob Morris, in 2008. Chavez   traveled to Southeast Asia and met the children and their caregivers firsthand. “Seeing the children gave a real face to the issue. We wanted the children to have special moments of their own.”

At the event, Baume & Mercier and Tourneau presented a check for $25,000 to the charity. Additionally, a silent auction for a pair of Baume & Mercier Hampton watches with commemorative Love146 engravings was part of the evening, with 100 percent of the proceeds going to the charity.  Baume & Mercier and Tourneau’s efforts demonstrate the heart of the watch industry, wherein many brands support important philanthropic causes.  We here at Atimelyperspective will dedicate some December gift-giving time to presenting those charitable involvements. Stay tuned.