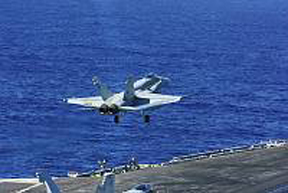 In November, 2007, I was one of a very elite group of international journalists fortunate enough to travel with IWC to California for the experience of a lifetime. There, we visited the TOP GUN flight school, met with pilots, took some courses,  and then had the awesome experience of arrested landing on (and later catapulting off of)  the USS Ronald Reagan aircraft carrier out in the Pacific – all in celebration of the brand’s collaboration with this elite flying corps, and for the unveiling of its 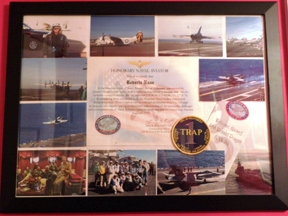 Not only do I have incomparable experiences on the carrier and with IWC for this momentous occasion, but also I have a Certificate – one of very few issued to civilians – as Honorary Naval Aviation, stating that I successfully carried out an arrested landing and 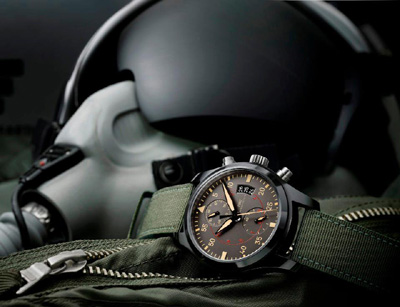 catapult-assisted take-off. In doing so, I experienced deceleration from 105 to 0 in 2 seconds and accelerated from 0 to 128 in 3 seconds. Yes, it was an exciting experience – thank you IWC!

Now this brand – known since 2008 when it unveiled the watch collection to the world – continues with its TOP Gun Collection with five new models, wherein it further establishes itself as a leading authority on pilot watches. Among the new pieces is the TOP GUN Miramar sect, a tribute to the place the story of these elite pilots began.  Drawing inspiration from the 1940s deck watches IWC used to make, the new TOP GUN pilot’s watches offer the highest possible precision, as well as extra functions—as in the Big Pilot’s 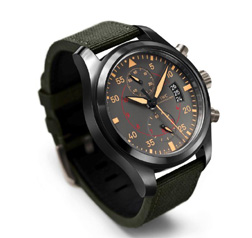 Watch TOP GUN Miramar and the Pilot Watch Chronograph TOP GUN Miramar.  Incorporated in to the designs is the use of camouflage colors such as beige or green to underscore the military look, and the incorporation of high-tech materials such as zirconium oxide and titanium.  Naturally, the 48mm watches house IWC-manufactured calibers.The Top Gun Miramar Chronograph is powered by the new in-house caliber 89365. It features a flyback function, and an amazing 168-hours of power reserve.

Says  Karoline Huber, Director Marketing & Communications at IWC, “With our new TOP GUN Miramar design line, we are addressing watch lovers who consciously embrace IWC’s long-standing tradition of manufacturing Pilot’s Watches but who also wish to benefit from the technological advances of the 21st century and the inimitable quality typical of IWC.”