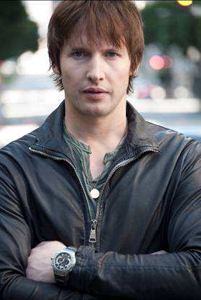 Singer James Blunt, whose most recent new video for the single “If Time Is All I Have” came out on April 4, is a fan of Piaget timepieces. In the video, he is clearly seen wearing a Piaget Polo FortyFive chronograph.

This is the third single to be released from Blunt’s multi-platinum selling album entitled “Some Kind Of Trouble”. James Blunt first captured the world’s attention in 2005 with his multi-platinum certified debut, “Back To Bedlam,” which featured the history-making number 1 classic, “You’re Beautiful.” Blunt has since sold 18 million albums worldwide and has received acclaim for his song writing talents.