In honor of the London 2012 Summer Olympic Games, which begin on July 27, 2012, Omega has added three “London 2012” Limited Edition timepieces to its Olympic Timeless Collection.  The Omega Seamaster 1948 Co-Axial “London 2012” Limited Edition watch mimes the very first Seamaster that was unveiled in 1948 – the same year of the last London Olympics, where Omega was the official timer then, too.  The limited edition is a39mm watch with an 18- 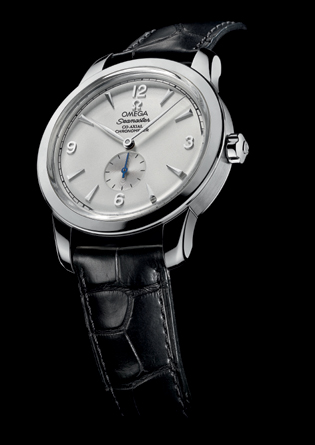 karat gold medallion of the London 2012 Olympic Games logo embossed on the case back. The strikingly classical looking watch features a silver opaline dial with a small seconds subdial at 6:00. It is water resistant to 400 feet.

The other two tribute models are Seamaster Aqua Terra 44mm Chronographs. One features a bicolor case crafted in 18-karat rose gold and stainless steel with a stunning blue dial and gold makers, and an integrated dark blue leather strap. The second version is created in stainless steel with a steel bracelet, blue dial and steel markers. . These Olympic watches are stamped with the “London 2012” Olympic emblem on the case back. 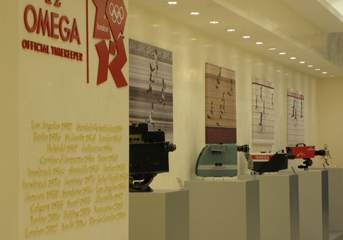 All of the Omega Olympic watches are available in Omega boutiques worldwide –but the best place to purchase this is actually at the new Omega Boutique that has been built in the all-new Westfield Mall on site at the London Olympic Games Park. This Boutique features an amazing exhibit of the brand’s rich history of timing the Olympic Games, including some of the first stopwatches and cameras in the 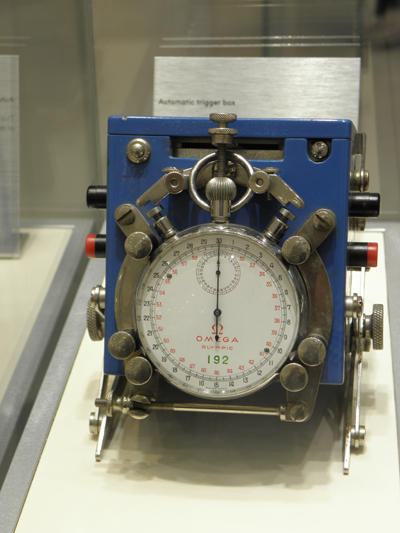 nearly 100-year-long adventure. The exhibit, and all of the great Olympic paraphernalia on display in addition to the timing materials, is truly interesting and insightful – and not to be missed.