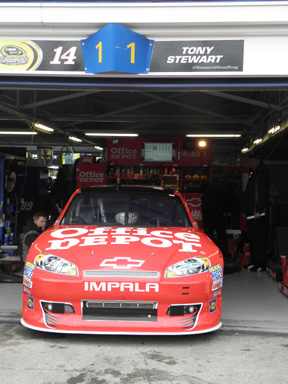 Tony Stewart in the pits at Kansas Speedway.

It isn’t everyday one gets to official NASCAR racing. Being in the pits, walking among the drivers and the frenzied hustling of readying the cars for the track is a real thrill. Even better: actually being on the track sidelines during the race, and standing right next to the pit crew as they make their 10-second 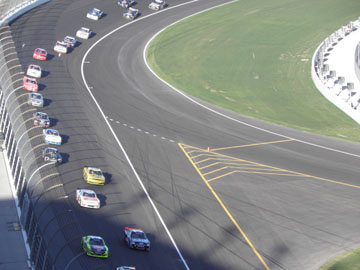 moves! You have to be fast to catch it on camera. It is all loud, roaring, fun!

Recently, we were at Kansas Speedway for a long weekend with Tissot– the Swiss watch brand that supports NASCAR and Danica Patrick with the #7 Tissot car ( We interviewed Danica Patrick that weekend, and you can read about it here). 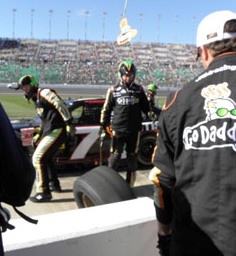 In the pit stop – Danica Patrick.

The weekend consisted of NASCAR Nationwide Series, and the NASCAR Sprint Cup Series.  It was great weekend for races, celebration parties, the launch of the new Danica Patrick Tissot timepiece, and more. Being press, 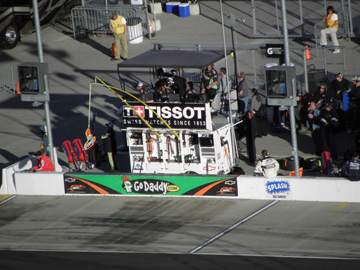 Those pit stops aren’t very big for how efficient they are. Tissot-sponsored Danica Patrick.

we had the distinct pleasure of  being in on all of the driver press conferences – where they share their thoughts, insights, and more – and in on the driver meeting pre-racing. It is a highly charged atmosphere of competition and camaraderie. Here are just a few exciting photos from the weekend. 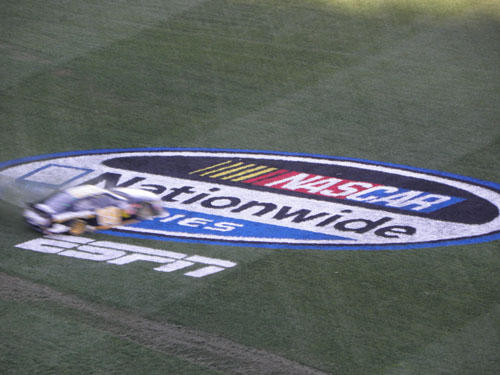 Near the very end of the race, this car went out of control. 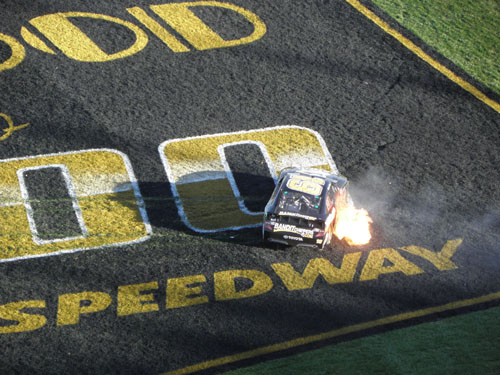 Bandit spun out and caught fire.