Weekend Sojourn: Spy Tools — 007 Brings the Best Back in Skyfall 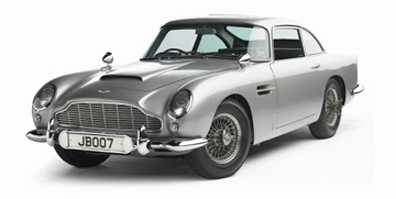 In the soon-to-be-released James Bond movie “Skyfall,” the famed Agent 007 brings his true loves to light again. While the women of the movie, we know, will be spectacular, the stars are the spy tools – the Aston Martin DB5 (which novelist Ian Fleming included in Bond books as far back as Goldfinger and Thunderball), and the Omega watch.  It simply couldn’t be a James Bond movie without the fast cars weaponized and ready to race to save the day, and the watch to time it perfectly. In the 2012 Eon Productions release of Skyfall, the 23rd film in the series, features Daniel Craig as James Bond. To celebrate 50 years of James Bond films, Omega – who has been dressing Bond for years – unveils a pecial version of the Seamaster Diver 300m that has been worn by 007 in every adventure since GoldenEye. The James Bond 007 50th Anniversary collectors’ piece houses the Omega Caliber 2507 self-winding certified chronometer movement with Co-Axial escapement. Its screw-in case back is stamped with a gun-barrel design. There is a “bullet” decoration fixed on the rotor that can be viewed through a central sapphire crystal. Race, don’t walk, to the nearest store- there are just 3,”007” being made!