It’s no secret that vintage watches are all the rage. It is no surprise, either. During difficult geo-politicalt times, people and companies often take a retrospective look at their pasts.  This year, Omega does exactly that. It looks back to the year 1957, when Elvis became King, the Russians launched Sputnik 2 and the Frisbee made its debut. That year Omega also unveiled a trilogy of three watches that topped charts: the Omega Seamaster 300, the Railmaster, and the Speedmaster. Honoring that year, Omega gives us three great reasons to love the new vintage-inspired watches by unveiling a limited number of each of the three reproductions. 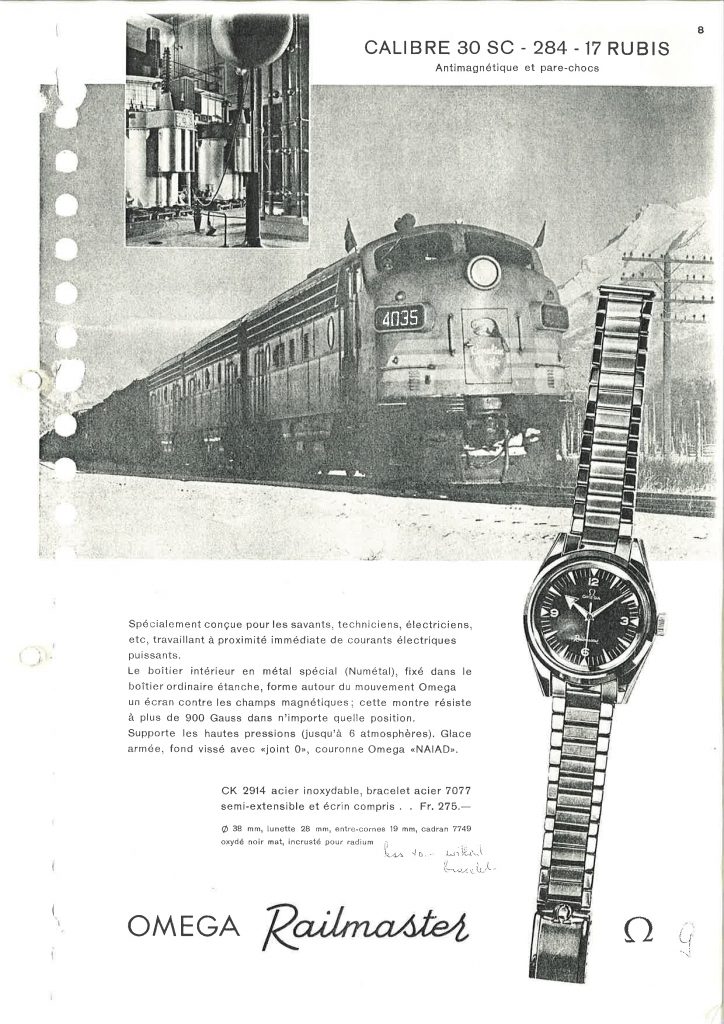 First introduced in 1957, the Omega Railmaster was known for its precision.

These vintage inspired watches are also incredibly true to their predecessors, thanks to the fact that Omega turned to tomography (the taking of more than 3,000 images) and 3D printing of the originals so they could scour every single detail. Dials replicate the originals, even with different Omega logos on each as they were in the past. Only the movements within each watch are updated with current-day calibers. 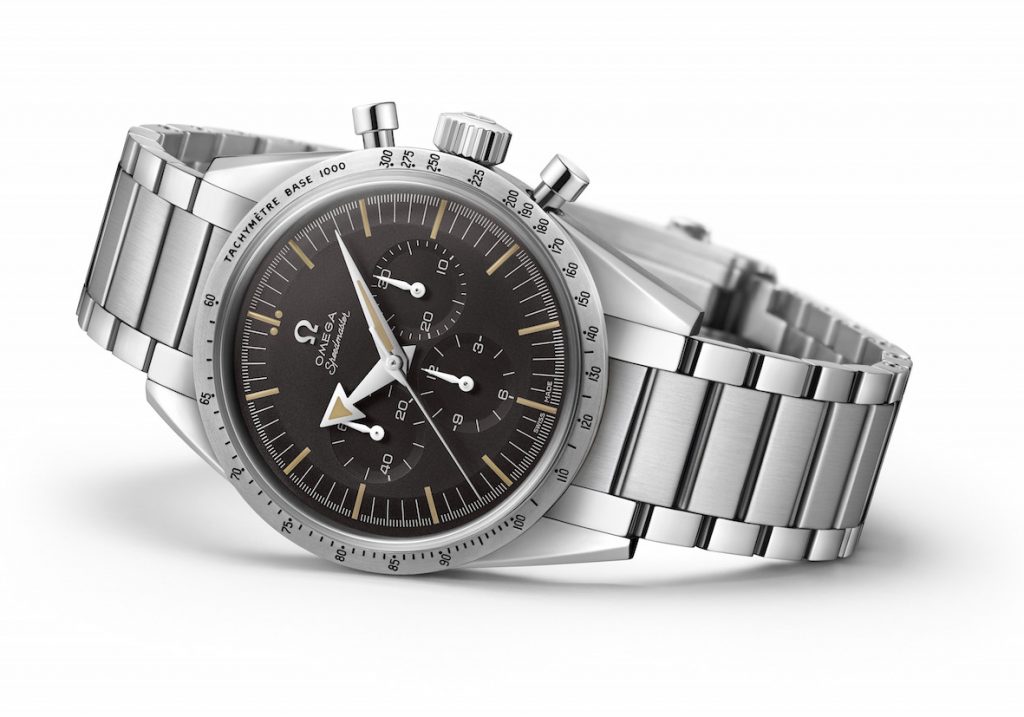 The new Omega 1957 Speedmaster is a near-consistent replica of the original. 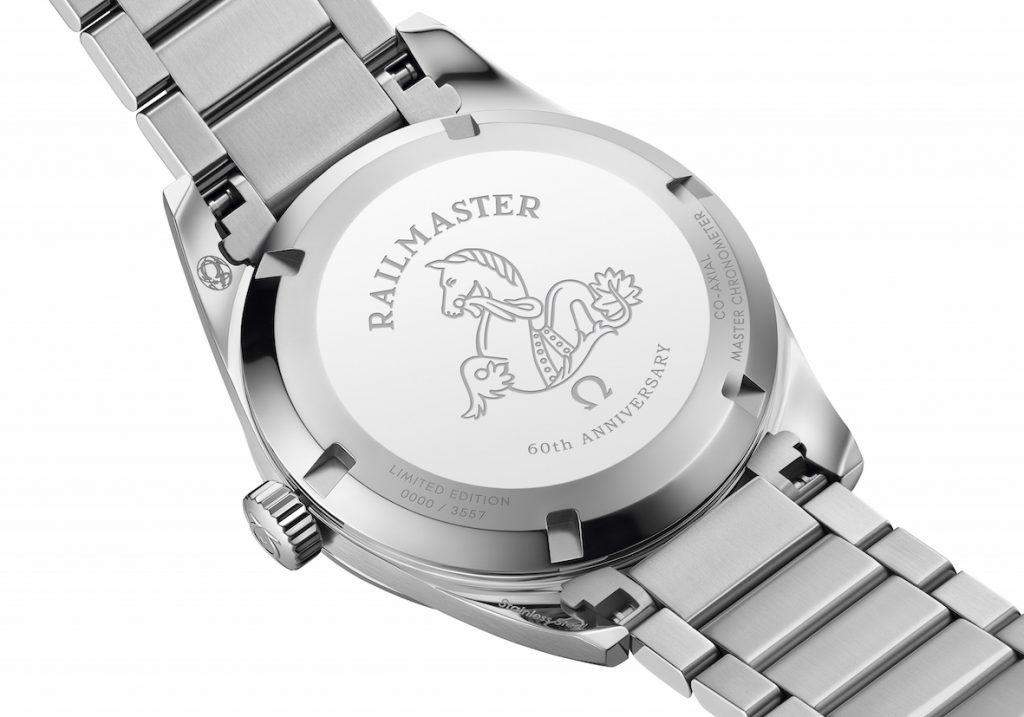 The caseback of each of the three Omega 1957 inspired watches is engraved.

Each watch features a stainless steel case and a black dial with white markers and vintage indexes. The luminescent numerals and markers utilize Super-LumiNova, rather than tritium as in the originals. The caseback of each is also engraved in accordance with the designs of the originals. Each of the watches is being produced in a limited run of 3,557 pieces.  The Railmaster will sell for $6,800, the Seamaster 300 retails for $7,000 and the 1957 Speedmaster carries at $7,250 price tag.

And in case each of those three great watches is not enough to inspire you, Omega also offers a boxed set — in a limited edition, as well.  The Omega 1957 Trilogy set brings all three watches under one box, along with extra straps, changing tools and a special “Trilogy” logo on the dial. The set retails for $21,600.