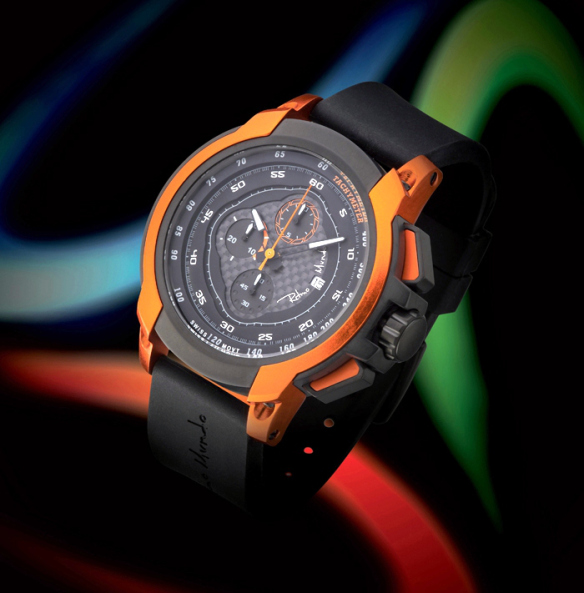 Ritmo Mundo Quantum — the watch of choice for more than half a dozen top international footballers.

Ritmo Mundo has signed on a massive roster with six international football brand ambassadors. Among the soccer players joining the Ritmo Mundo team are Brazilian David Luiz, Oscar, Dante, Paulihnio, Bernard, and Ramires among others. Each ambassador is sporting a 50mm Quantum timepiece with Swiss chronograph movements until the new watches are finished.