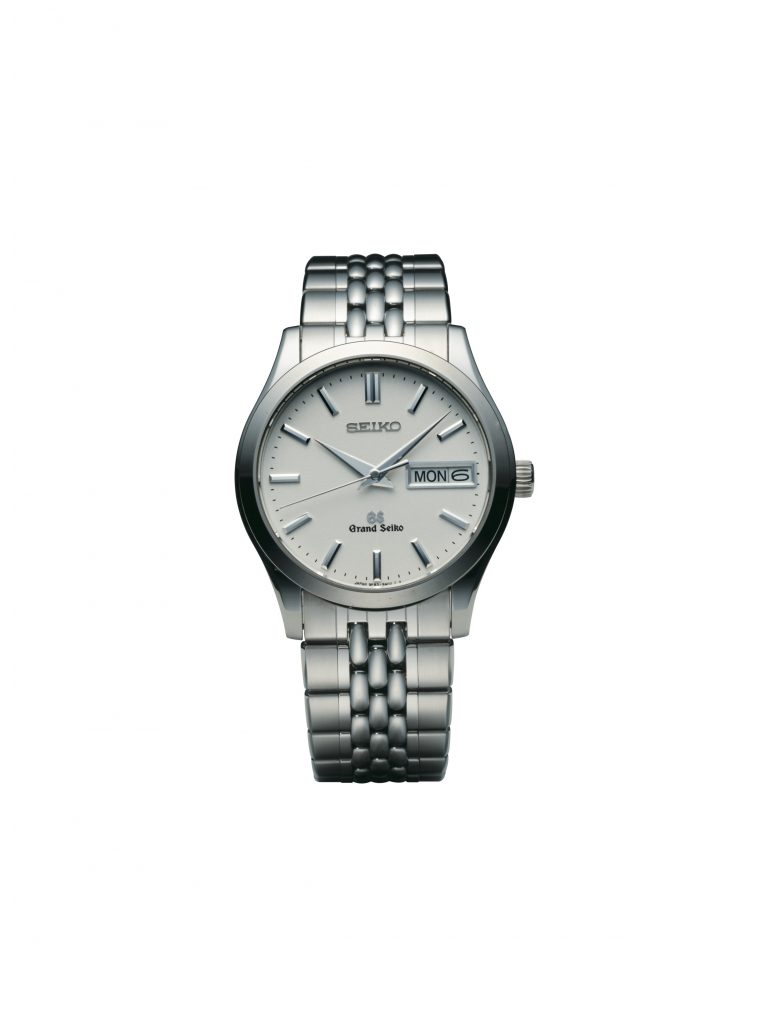 In the late 1980s watches powered by quartz movements were undergoing a series of rapid innovations as brands resolved to add new functions to the quartz caliber.  At Seiko, the  Grand Sieko team chose to focus to the improvement and refinement of precision and durability and in 1993, Grand Seiko  unveiled a new quartz caliber: 9F.  Today, 25 years later,  Grand Seiko celebrates the  anniversary of that especially precise caliber by unveiling two Calibre 9F 25th Anniversary Limited Edition watches.

To original 9F caliber was created to be the ideal quartz piece that was to be more durable and precise than the competition as was crafted to conform to the Grand Seiko aesthetic standards. The hands were as long as every other Grand Seiko watch, the calendar change function was instantaneous, and durability of the piece was enhanced. Some of the innovations in the caliber included a auto-adjust mechanism to eliminate shutter of the second hand, a twin pulse control system to deliver increased torque and a protective shield to guard against dust entering the gear train and stepping motor. As a result the 9F caliber can make an arguement for one of the most sophisticated quartz pieces ever created. 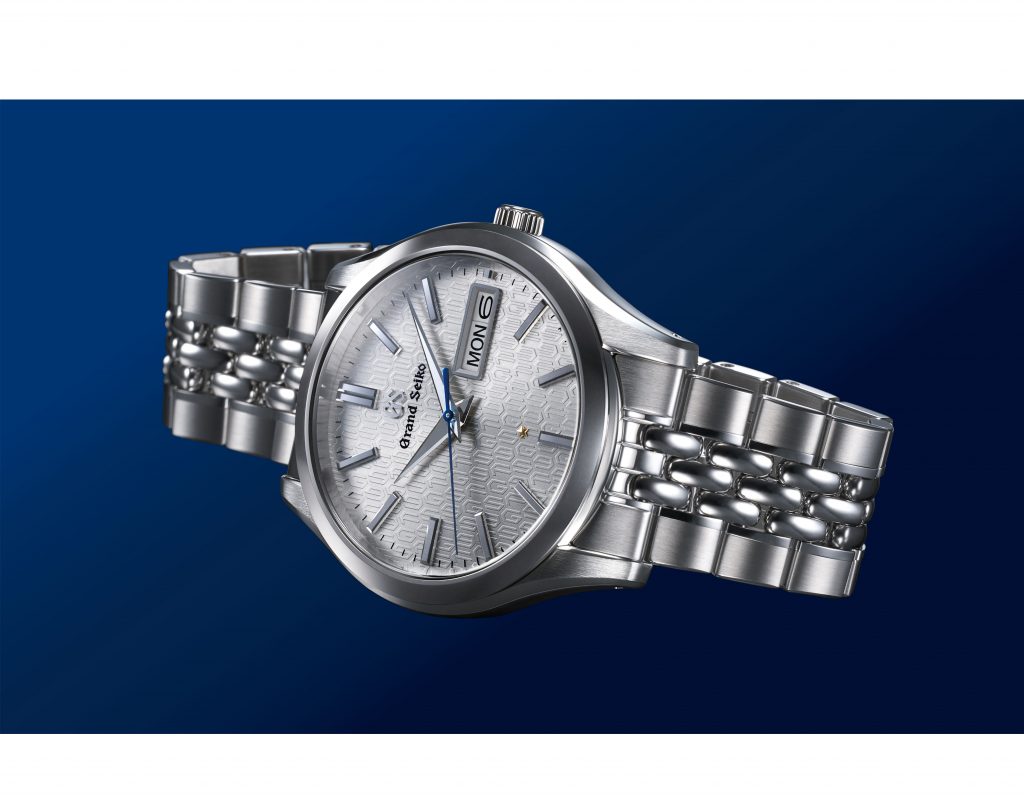 Each of the new anniversary watches houses a version of the Caliber 9F movement, which is accurate to ±5 seconds per year (at temperatures between 5°C and 35°C). Additionally, each pays homage to the original 1933 design with similar lines. The new versions  boast a dial with a motif that emulates the traditional quartz symbol, and — above  6 o’clock marker —  is a five pointed star that symbolizes the + or – fives seconds accuracy. Each also offers a day/date aperture at 3:00.

The Grand Seiko Caliber 9F 25th Anniversary Limited Edition Watch that is Reference SBGT241, is crafted in stainless steel with a great steel bracelet in brushed links of alternating types (square and pebble). This 39.1mm watch is powered by the Caliber 9F83, and the case back displays the  lion symbol of the Grand Seiko brand. This stainless steel case and bracelet model, with silver dial, is built in a  limited edition of only 1500 pieces being created. Each will retail for Euro 3,400 and will be available in select markets this April. 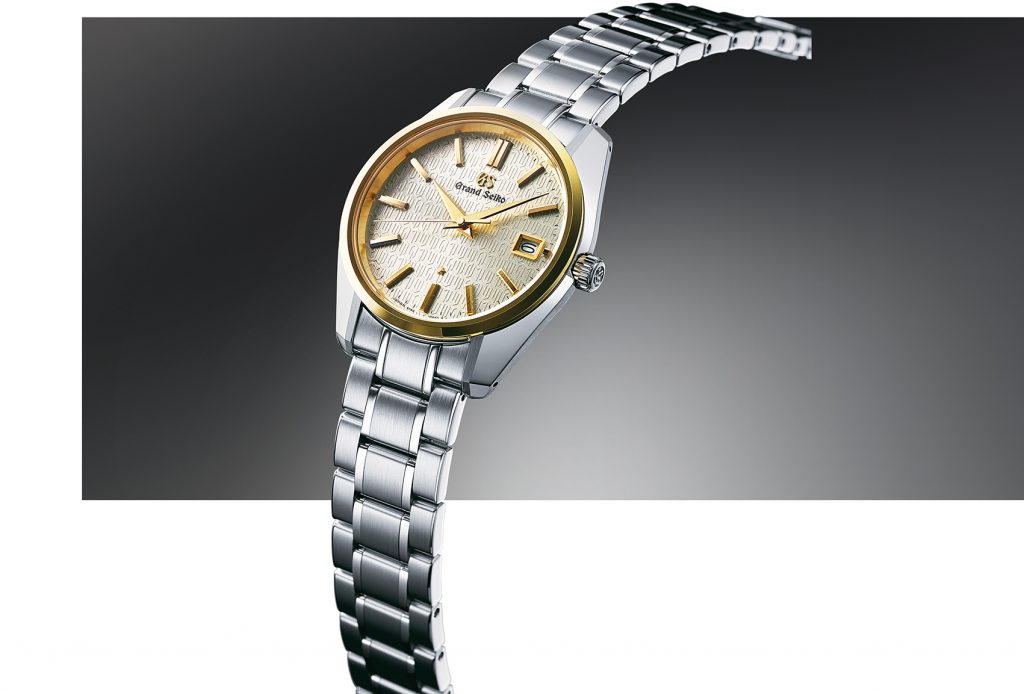 The Grand Seiko Caliber 9F 25th Anniversary Limited Edition watch, model SBGV238 is crafted in stainless steel case, with a different style steel bracelet, and an 18-karat yellow gold bezel. The high definition dual-curved sapphire crystal boasts an anti-reflective coating. This 40mm watch  is powered by the Caliber 9F82. The case design is a contemporary re-imagination of the 44GS created in 1967. The finishing of the 9F caliber is on full display via the exhibition case back.

The piece has been given 18k gold dial accents, including markers and hands, to match the yellow gold bezel. Additionally, the dial markings on the this limited edition release are the similar to the first with the same + or – 5 seconds per year accuracy. This edition will be limited to 600 pieces and will be available May of this year in select markets. It will retail for Euro 5,000. 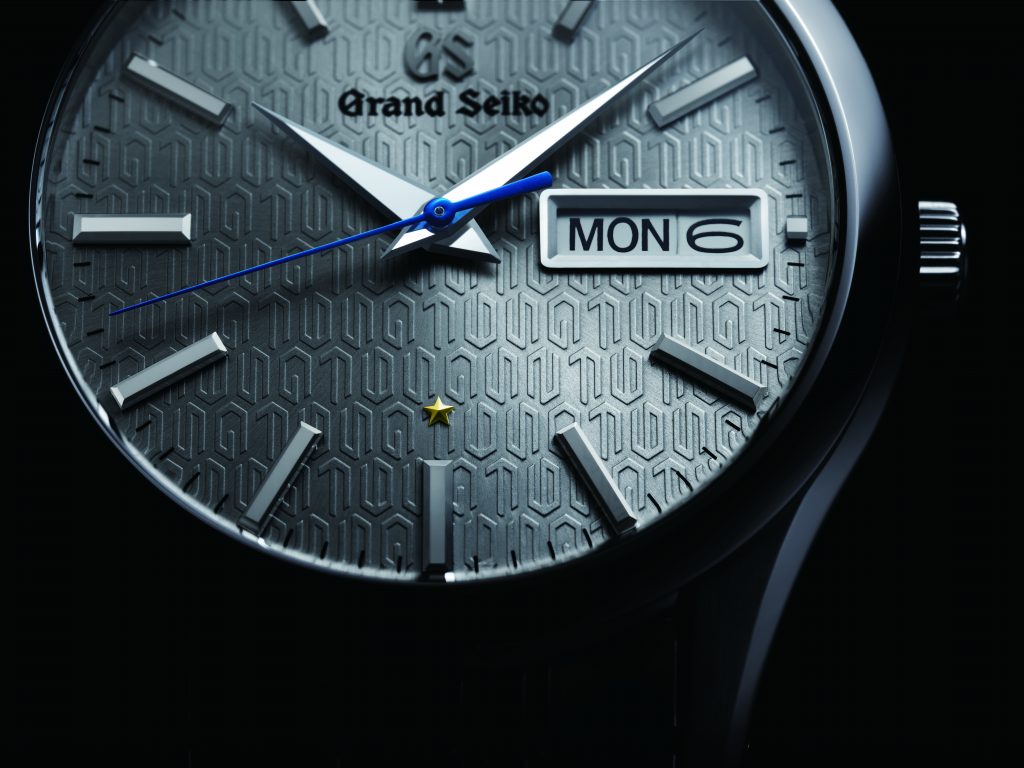 A close up look at the dial motif of the Grand Seiko Caliber 9F 25th Anniversary watch, ref. number SBGT241.

While I am not the biggest fan of quartz watches, the watch historian in me loves the homage to the 9F caliber and the impact it had on the industry.  I love that each model is hand assembled and also finished by hand to the exacting standards of the manufacture. From an aesthetic standpoint, both of these watches are  great in looks and in size, and can be worn with confidence into any boardroom or client meeting. The accuracy and durability are off the charts and will keep you on time no matter the circumstances. And, just in case you are swimming or flying, the watches are water resistant to 10 Bar and magnetic resistant to 4,800 A/.