A Piece of Cement You Can Wear While Swimming: Meet the Giuliano Mazzuoli Cemento Watch 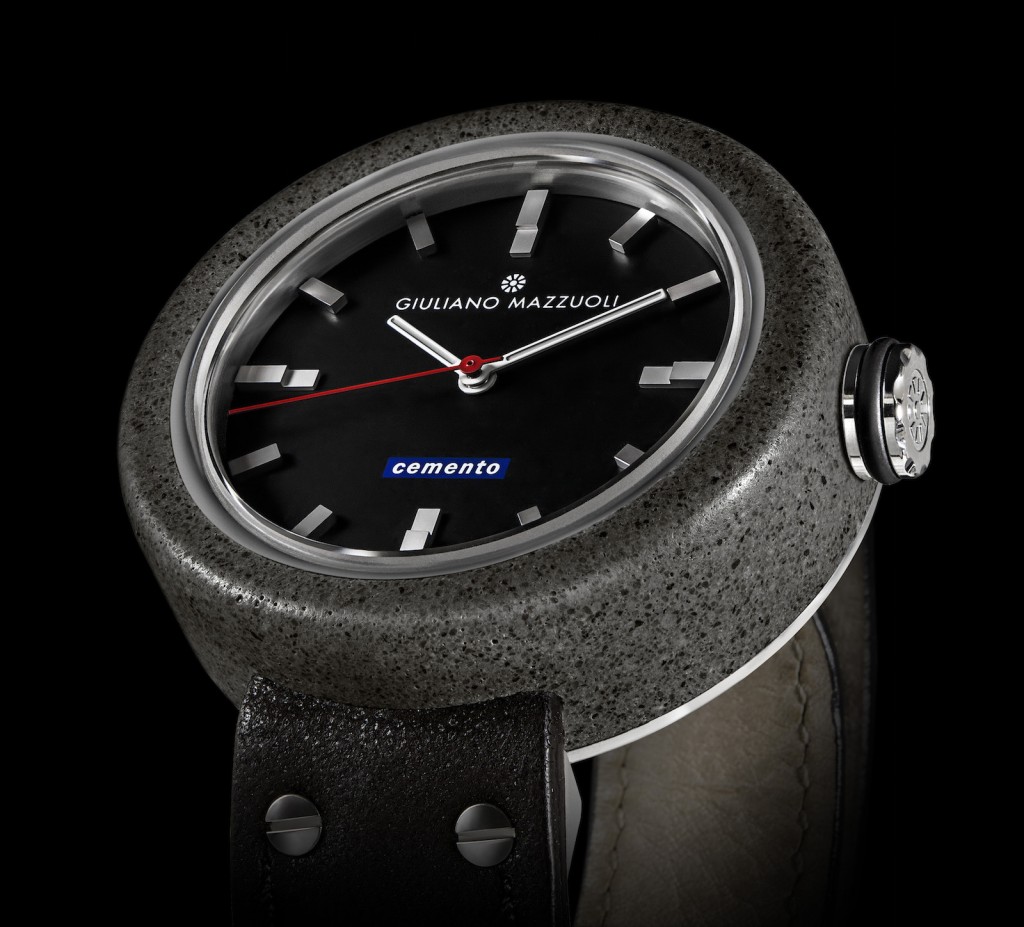 We’ve seen watches made of wood, stone, and even paper — but this one may be a first: cement.  Italian designer extraordinaire Giuliano Mazzuoli, whom we have written about several times here, unveils a new breed that is a definite departure from the typically auto inspired watches he creates (read more about those here).

With a design ethos inspired by things that surround him (after all, he started most of his car-inspired watches because he was impressed with an air pressure gauge), Mazzuoli came to the world of watchmaking almost by accident. His creations are expressly individualistic and not for the feint of heart. This newest Cemento watch is the result of his desire to offer monochromatic appeal with materials of pure distinction.

The 45mm cylindrical case (13.5mm in height) is made in Italy and crafted of cement.  It features a ceramic dial in black matte with raised 3D metallic minute indexes and a “cement” logo.  The overall look is bold yet not overpowering and sleek but in a stealth, architectural manner. The watch is finished with calf-skin strap made in Tuscan, and is powered by a self-winding Swiss made automatic moment with incabloc anti-shock system.  Offering hours, minutes and seconds, the watch is equipped with 40 hours of power reserve and is after resistant to 50 meters. Even better is the price: $4,900 — not a lot to spend for a truly unusual timepiece. 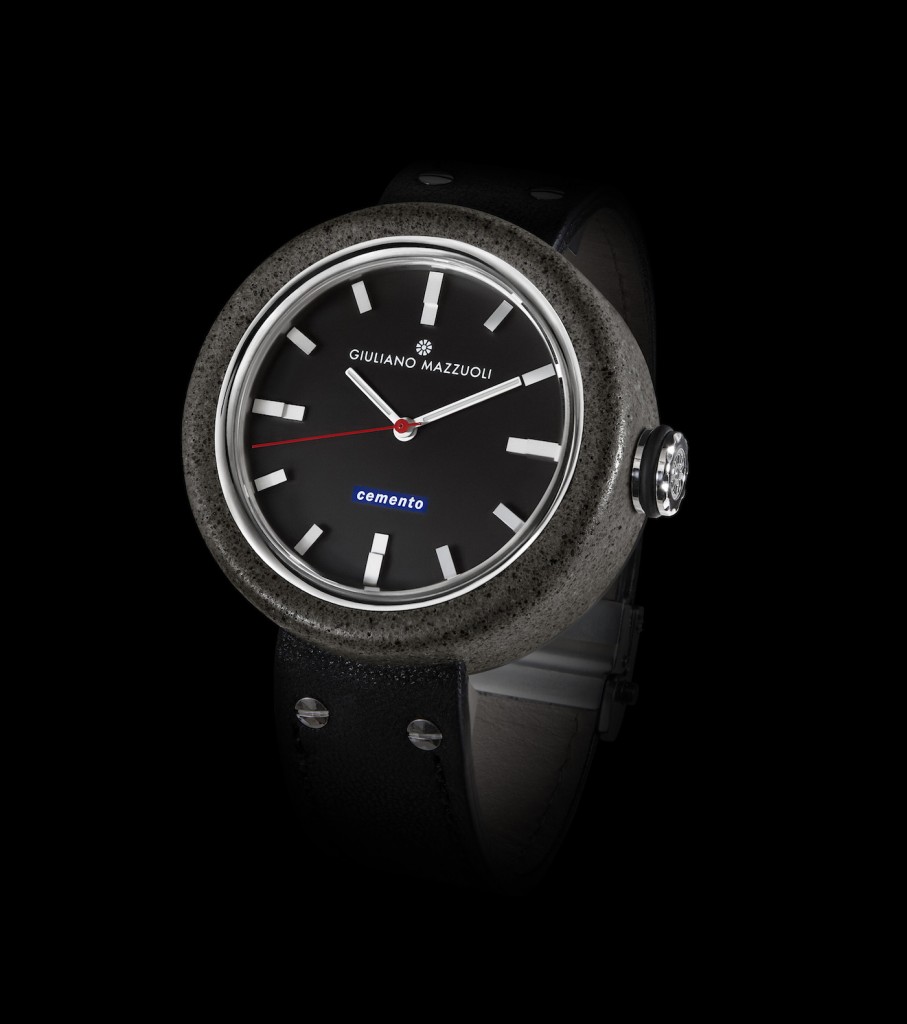 “Maintenance was being done in my garden and I stopped to watch the workers who were preparing some cement. I thought of that mixture to build a new case and the subsequent phase was to maintain the gray/green color that attracted me so much but that normally is lost when the material dries and matures. A careful polishing and finishing process gave the surface an incredible and pleasant touch,”  says Mazzuoli. “The final result excites me more than the original idea.”

This may well be the first-ever fully cement watch case. The nearest thing may be something released  about four years ago by Girard-Perregaux —  the Le Corbusier Trilogy. Each of the three timepieces represented one of the cities the famed architect Le Corbusier called home. the third one in the series, honoring Marseille, France, featured a concrete dial that took three days to pour and finish. 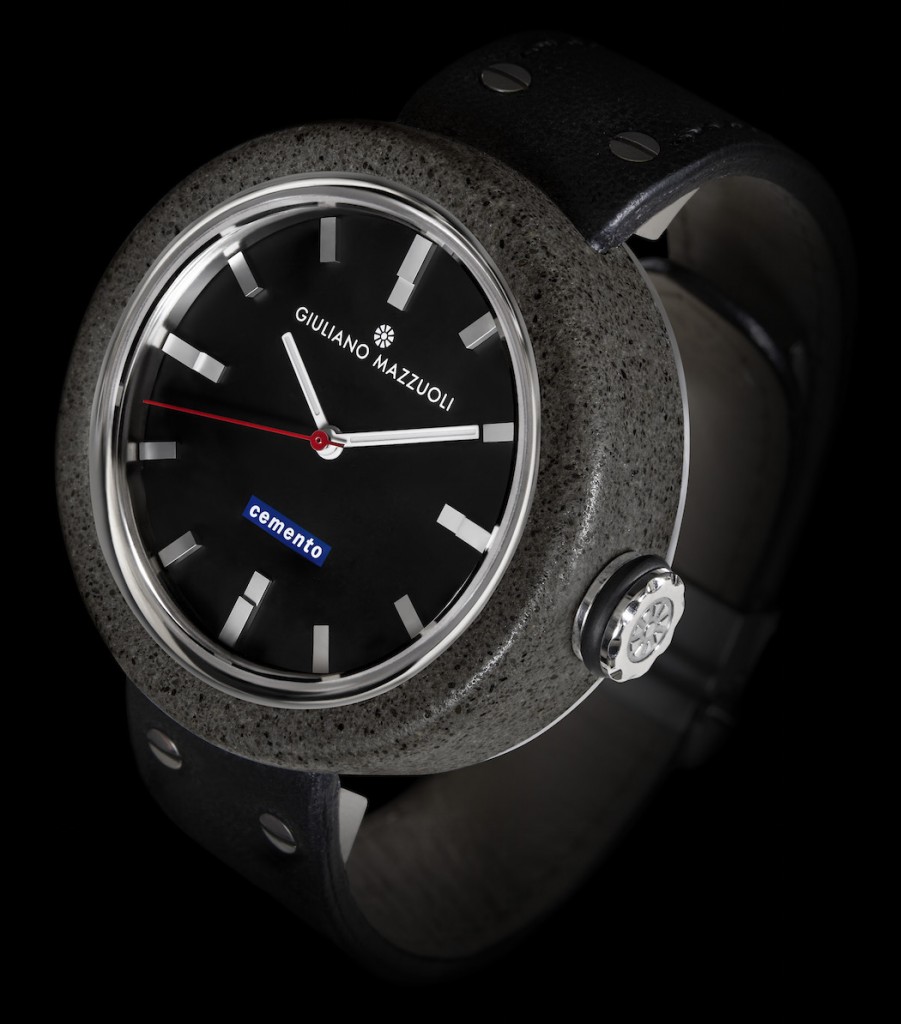 The watch is powered by an ETA movement