Affordable “Astronomy” – The Swatch Sistem51 is Finally Out 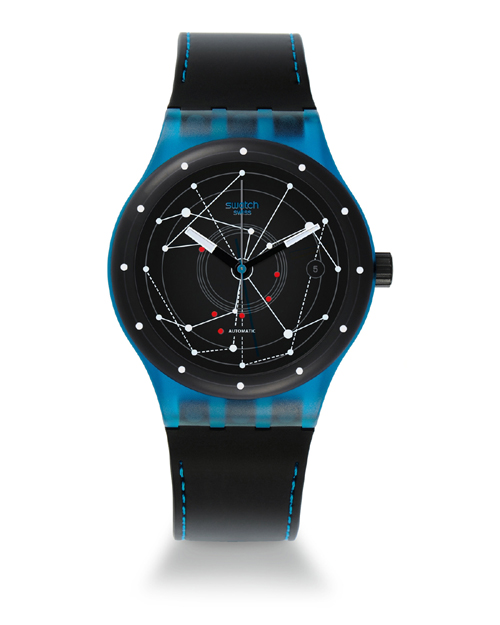 Back in 1983 – I remember it well — Swatch bounded in as the first Swiss fashion quartz watch and saved the world – well, the Swiss watchmaking world, that is. The country was dying a not-too-slow death in the wake of the Japanese quartz movement and the Swiss refused to embrace the concept that people may not always want a mechanical watch. Nicolas Hayek, the visionary entrepreneur who formed coalitions and more to save the industry, also spearheaded the concept of Swatch (the first Swiss quartz Watch). The watch also had a new and unusual construction, with the battery easily reachable for changing and a concept that was all about wearing a watch as a fashion accessory. It was revolutionary at the time and fast achieved a cult status. 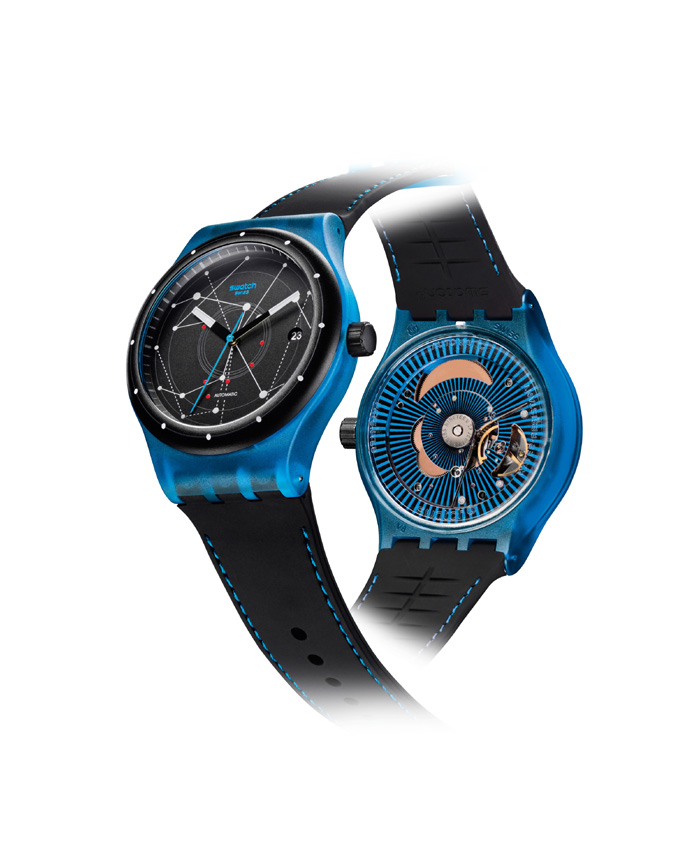 The caseback reveals a starburst pattern and a look at the movement’s five modules.

Today, Swatch continues to wow the world with fun, colorful quartz watches. Until Now. First unveiled in 2013, but not yet produced, the new Swatch Sistem51 – the first mechanical Swatch movement to be made on an automated assembly line – is now available for sale in Switzerland, and is coming this spring to the USA. The watch was designed and inspired by the concept of Copernicus and the stars – perfectly fitting for our astronomy week. 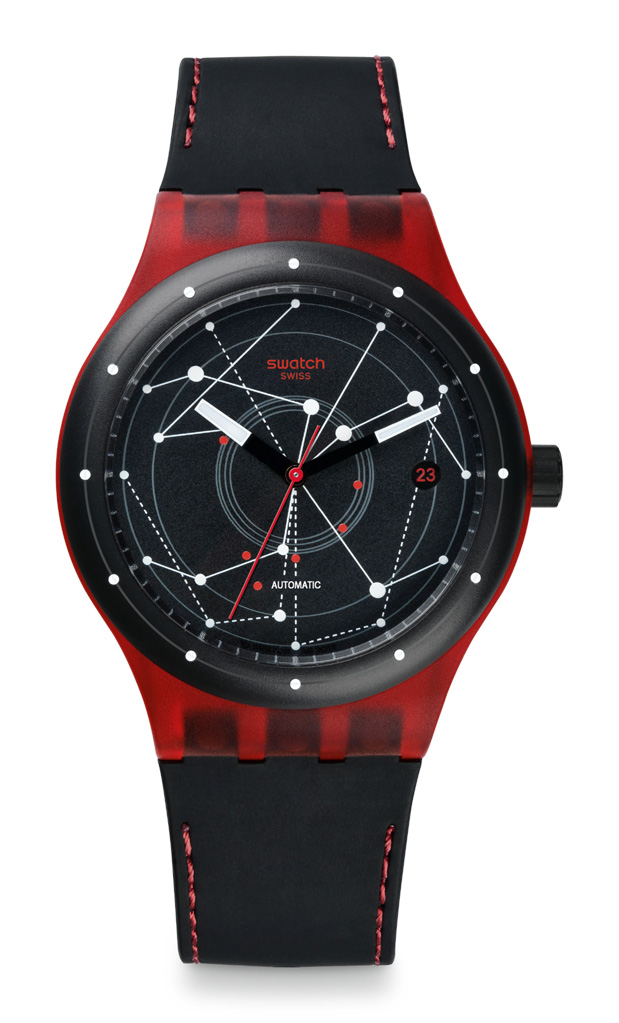 Sistem51 Red plays off of six of the movement’s 19 rubies.

The Swatch Sistem51 has an amazing 17 patents pending for its technological innovations. Two years in the making, the self-winding movement has only 51 parts in it in five modules. Hence, the name Sistem51. The Swiss-made movement – inside a hermetically sealed case — offers 90 hours of power reserve. The watch is fitted with 19 rubies, six of which are visible from the dial side. The caseback reveals a transparent oscillating weight that enables one to view the five modules. The initial line consists of four models: Sistem Black, Sistem White, Sistem Red and Sistem Blue. 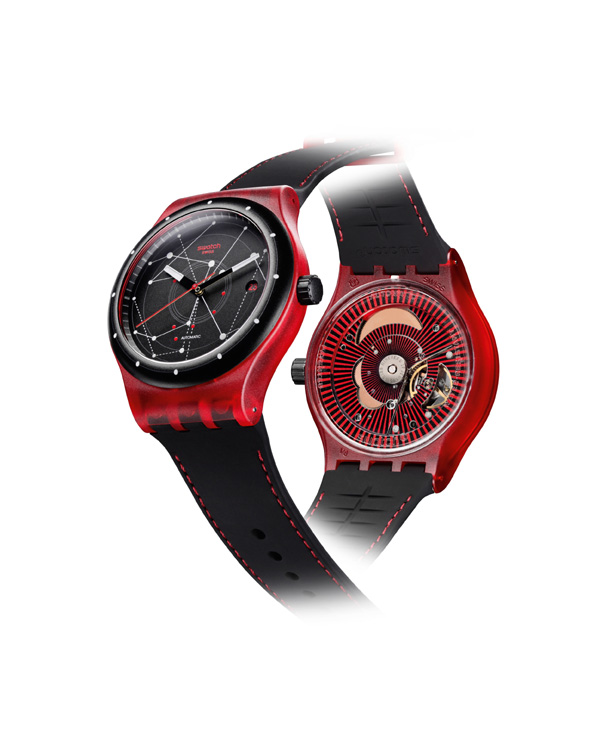 Best of all, this revolutionary new Swatch Sistem51 retails for $150.

I love Sistem Red and Sistem Blue. Each features a map of stars, with white lines that trace a stellar journey. On the bright ruby red transparent plastic watch, the dial is night black with white hour markers and a cosmos revealing six of the movement’s rubies. The back of the Sistem Red features a black and red star-burst pattern. The Sistem Blue offers the same cool star-crossed journey in space, but in a cosmic translucent blue case. While the look is superb, and the movement extraordinary – it I the price of this “astronomical” watch that will send you to the moon: $150.