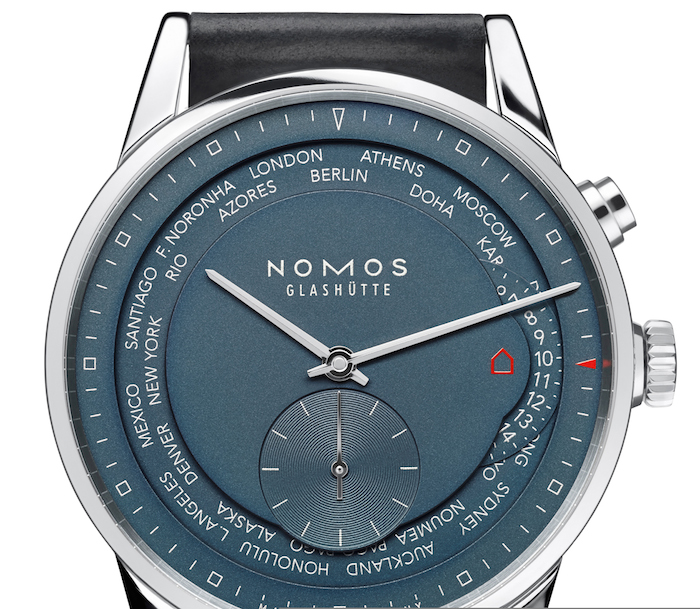 This week, as we continue our exploration of German watch brands, we talk a little about affordability. For the most part, the bulk of the horology community is obsessive about details. Possessing characteristics similar to the Maven in Malcolm Gladwell’s Tipping Point, they are information specialists who relish in sharing details with others. One of the things the community values are watch manufactures that create their own in-house movements vs the largely available ETA, Ronda or other movements. The brands that create their own movement tend to charge a premium. To that end, Nomos Glashutte has become the darling of the watch world for creating its own movement at reasonable prices. 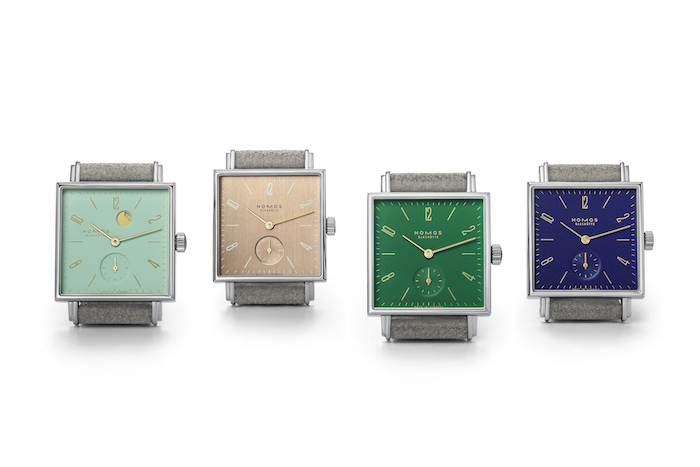 Nomos was founded two months after the fall of the Berlin Wall in January of 1990 by Roland Schwertner and since 2005 has been creating its own movement. Their pieces are either manually wound or feature automatic movements. They are know for the stylistic designs that borrow heavily from the Bauhaus aesthetic.  A particular favorite of mine is the lowest priced Nomos caliber piece, a sun dial. The piece can be worn around the neck and once you set your home time all you have to do is hold it to the sun and the shadows will let you know the hour. Great brand and awesome design.

In 2011, Nomos shocked the watch world when it unveiled the Zurich Welzeit, a dual time zone watch. Nomos as a company, until that point in time, created pieces in the $1500 to $5500 range and with the release Welzeit, they created a watch that offered phenomenal value for its price point. When one considers the finishing, complications and innovation in the piece a observers had come to expect a price at multiples to what the Welzeit was being offered for. To those at love the watch, Nomos has great news. Coming October, the Zurich Welzeit has been reimagined in the truest of blues. 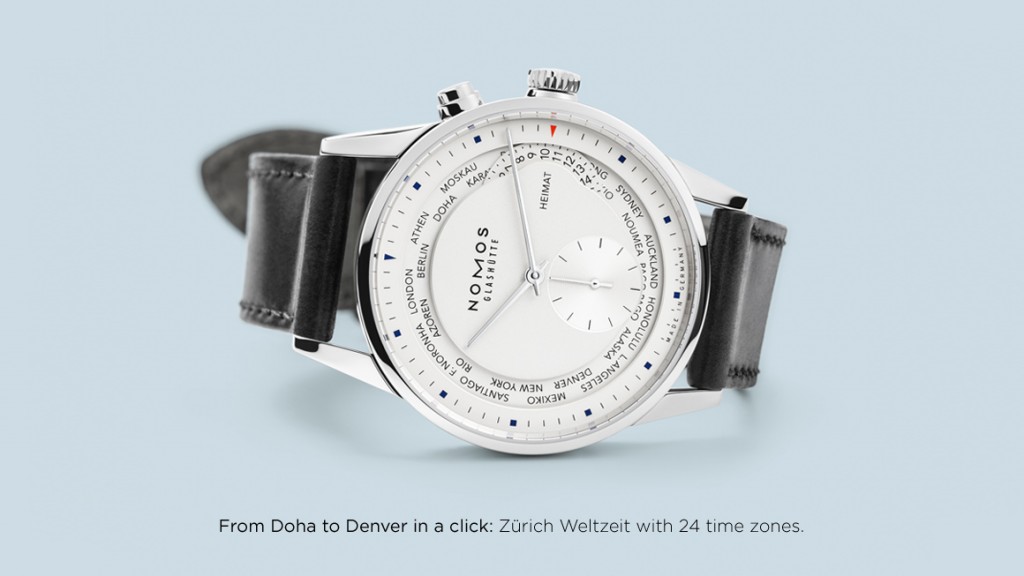 Quick breakdown for those unfamiliar with the way the Nomos Zurich Welzeit works. First and formost, although Nomos refers to the watch as a world timer, it is actually a GMT as it only tracks two time zones at once, whereas a world timer tracks multiple timezones simultaneously. Semantics aside, the ability to switch between time zones is effortless and done with the push of a button located at the 2 o’clock position. The home time is set via the wheel at the 3 o’clock and using a pin to disengage the mechanism, you set both the home minute and hour. The home time is now tracked via the Heimat (Home time) indicator on the white version or for the blue version, the red home icon. The hour is displayed on a 24 hour wheel which allows for the wearer to distinguish between day and night for the home time. The watch is sized at 39.9 mm which playfully borders the line between a modern sized piece and smaller vintages watches.

The Nomos Zurich Welzeit is powered by the Nomos caliber Xi movement and displays nearly every time zone in the world. Two years, 23 precision parts, multiple designs and studies were necessary to create this watch. The research and end product present a watch wonderfully streamlined and perfect for the jet set professional. The blue is absolutely striking and worthy of consideration for someone looking to add a watch to their collection in the $5k range.