America Takes 23 Medals in the Winter Olympics 2018, Timed By Omega 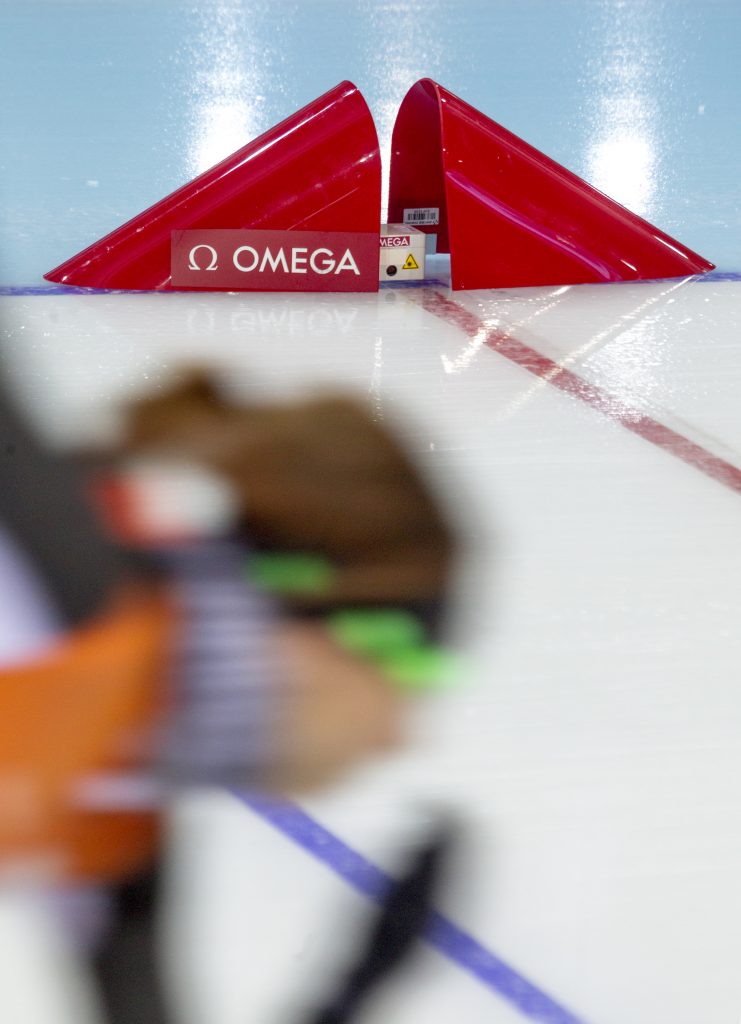 Speed skating at the Winter Olympics, timed by Omega.

The Winter Olympics 2018 have formally ended, and America took home nine gold medals, eight silver and six bronze for a total of 23 medals.  There were some highs and lows during the Olympics, but whenever there was a question about timing, Omega was there to answer it — with exact precision to one-millionth of a faction of a second. 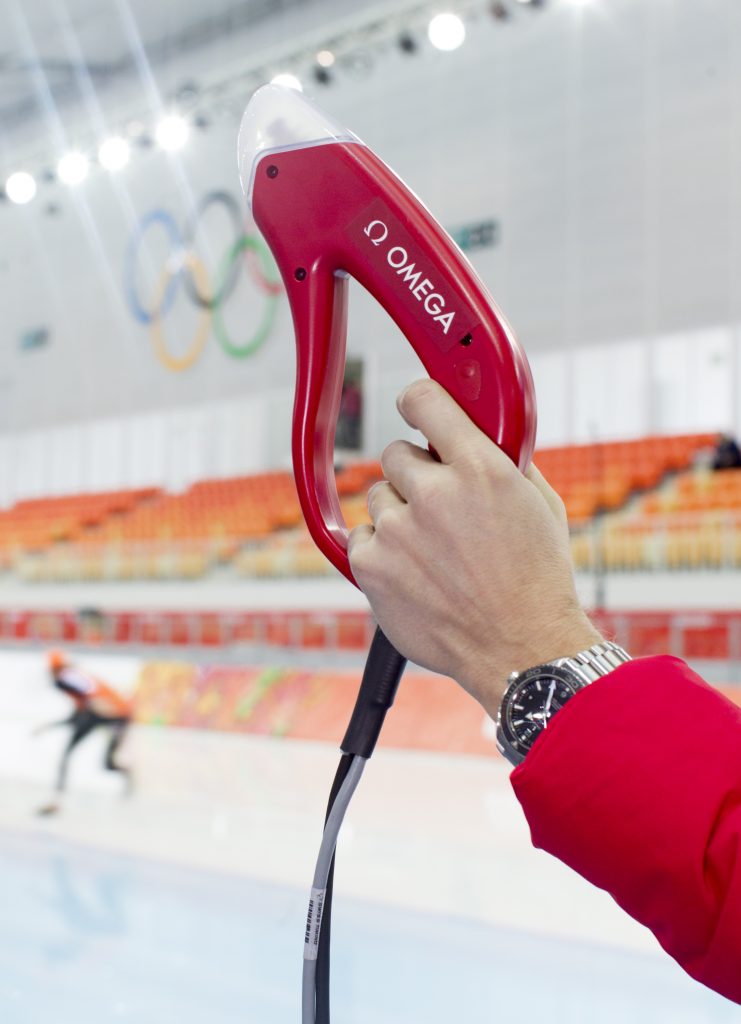 Omega served as Official Timekeeper of the Olympic Winter Games for the first time in 1936  in Garmisch-Partenkirchen, Germany. A single technician was sent with just 27 Omega stopwatches. Today it is a whole different show, as Omega has developed timing equipment that almost changes the Games.  Taking its ole as Official Timekeeper of the Olympic Games seriously, the brand’s    presence in PyeongChang   included 300 timekeepers, supported by 350 trained volunteers, 230 tons of equipment including 120 scoreboards, and more. 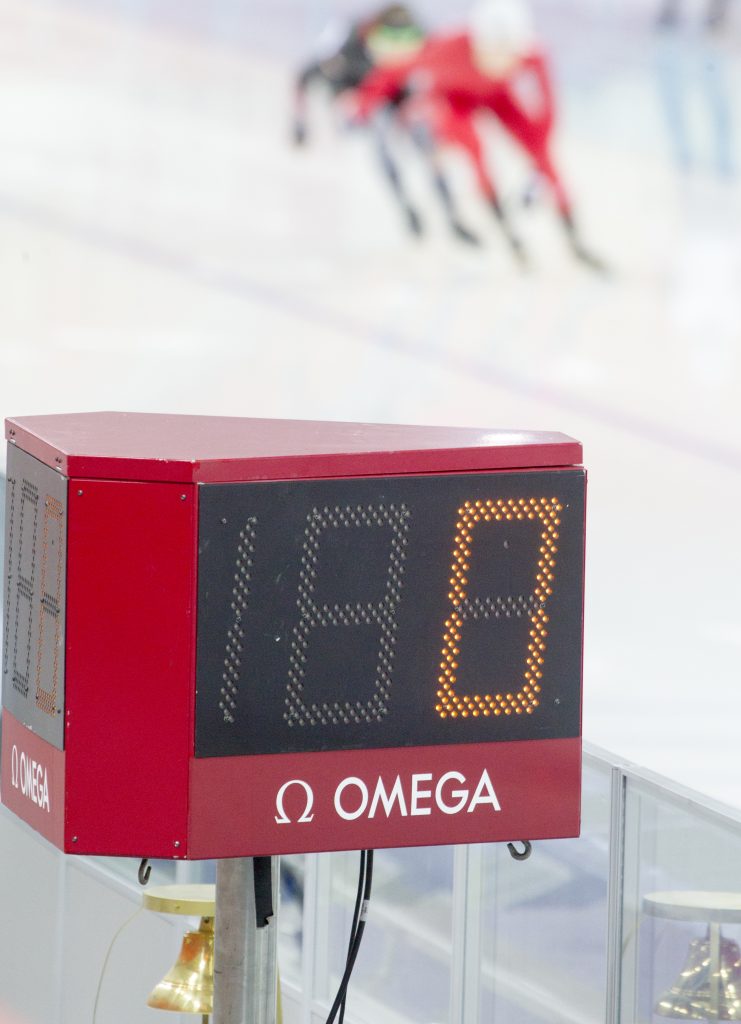 Omega had more than 300 timekeepers at the Winter Olympic Games.

It was in 1948  that OMEGA first used photoelectric cells  at the Olympic Games. These cells were revolutionary at the time in that they had the capabilities of the human eye, but were more precise.  Since then, the technology has evolved.  In speed skating, for instance, the beams of light are now just two or three centimeters above the ice, ensuring that the clock stops a soon as the winning competitor’s skate crosses the line.  the brand also uses Snowgate technology that ensures the starting pulse sounds at precisely the same time the starting wand is waved so that timing beings when the athlete bursts through the gates.

Omega has also improved its on-screen information process via a huge range of measurements used in the different sports that include motion sensor systems, continuous measures, Scan’O’Vision cameras that can capture 10,000 digital images per second, and more. 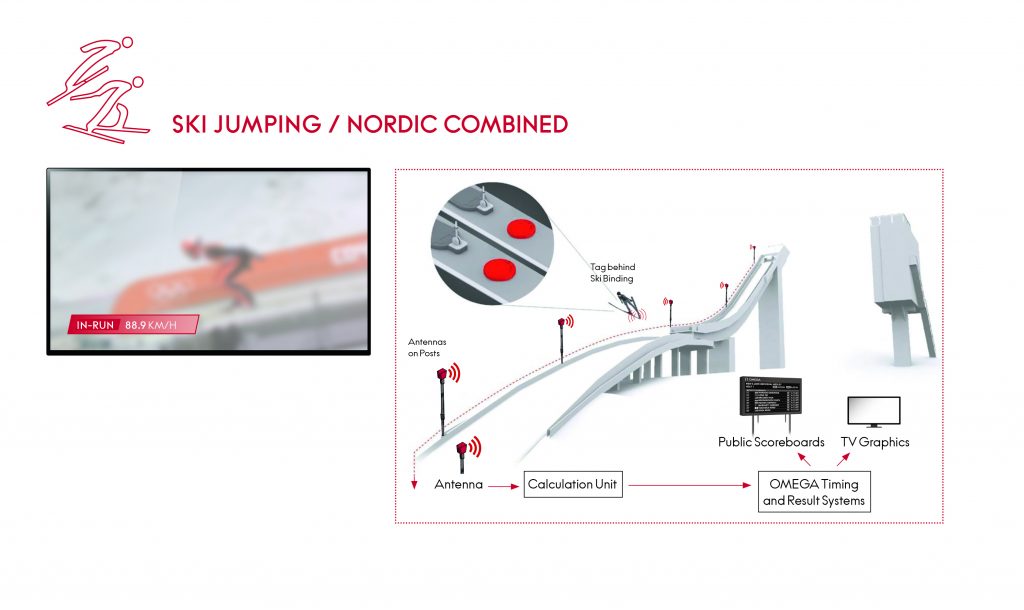 Omega timing capabilities for ski Jumping at the winter Olympics.

With its techniques, Omega can measure such things as, in alpine skiing, for instance, acceleration and brake, as well as the athlete’s speed   shown live as they start the run, and at various intermediate points. In speed skating, Omega can o show live positioning of each athlete or team, and in bobsledding, the brand’s sensors (inside each bobsled) can measure factors such as  G forces, angles, trajectory and accelera­tion that will enable teams to understand where they won or lost time on the track. It naturally also shows exact speed for the viewers.

In fact, the list goes on and on, with Omega involved in developing every aspect of the technology to track and display all the information viewers and athletes need for each and every sport.  In this winter’s Olympics, Omega also employed a new technology, called “Stromotion” that breaks down the actions into sections for a closer look, and the trajectory video footage reveals the evolution of an athlete’s movement or technique. 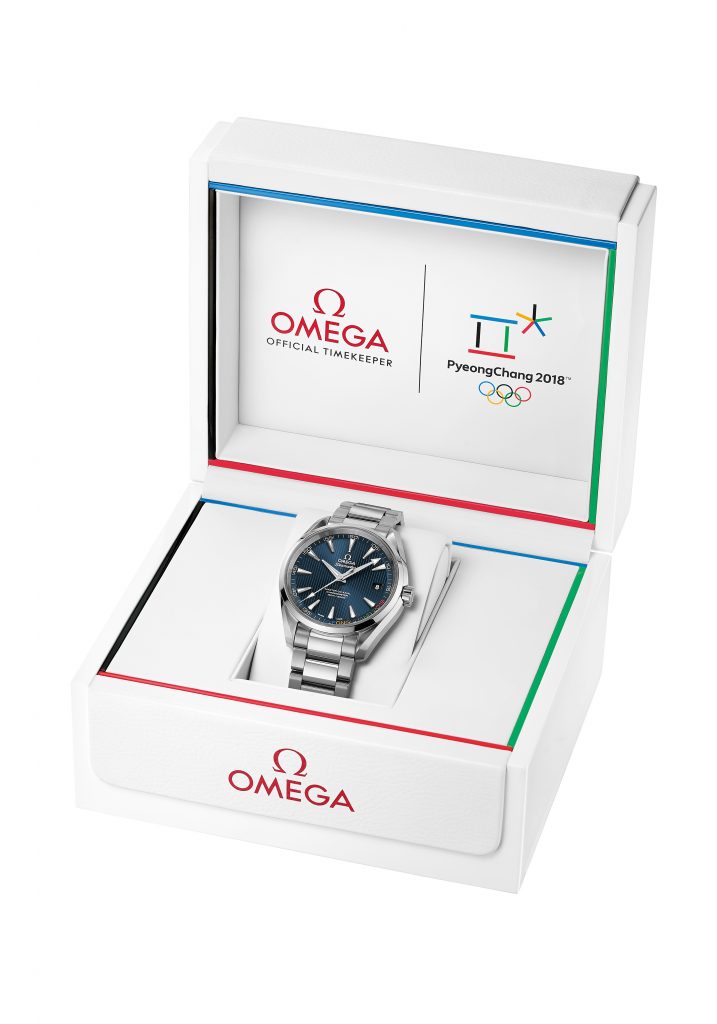 This year marked Omega’s  28th time as Official Timekeeper, and thanks to a recent extension of the partnership, it will continue at least until  2032. Congratulations to all of the athletes from around the world who participated.