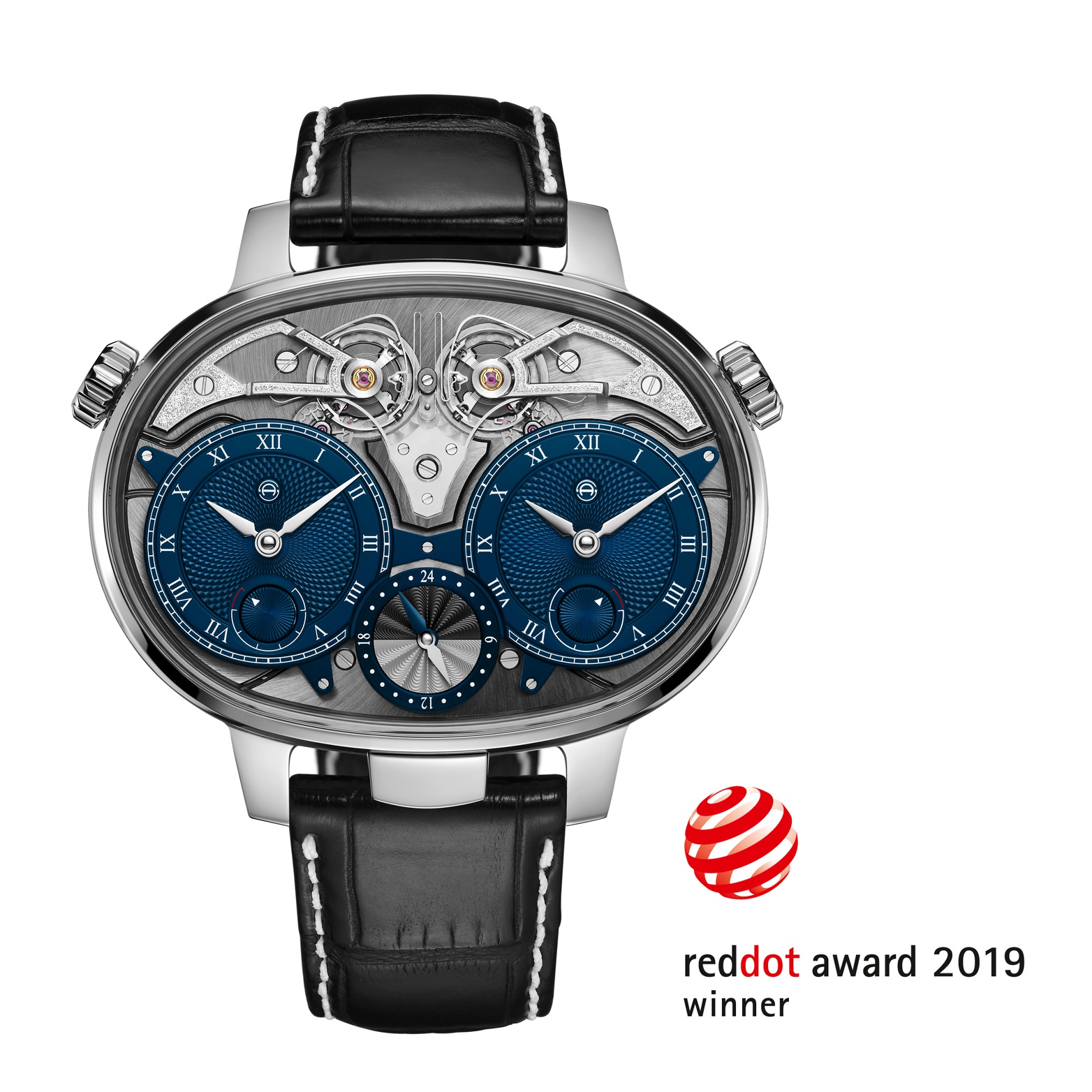 The prestigious Red Dot Design Award 2019 for excellence in product design has been bestowed on Armin Strom watch brand — for the third time. The brand’s Dual Time Resonance watch wind the  international design award in the “Watches” category.

We wrote extensively about this watch when it was unveiled late last year, and then again recently when the brand released the Dual Time Resonance Sapphire watch. The movement architecture of the caliber ARF17 in this timepiece — designed in house  — features two movements placed horizontally and offering dual-time resonance. In a case of form follows function, the two movements side by side necessitated the oval case shape of the watch. 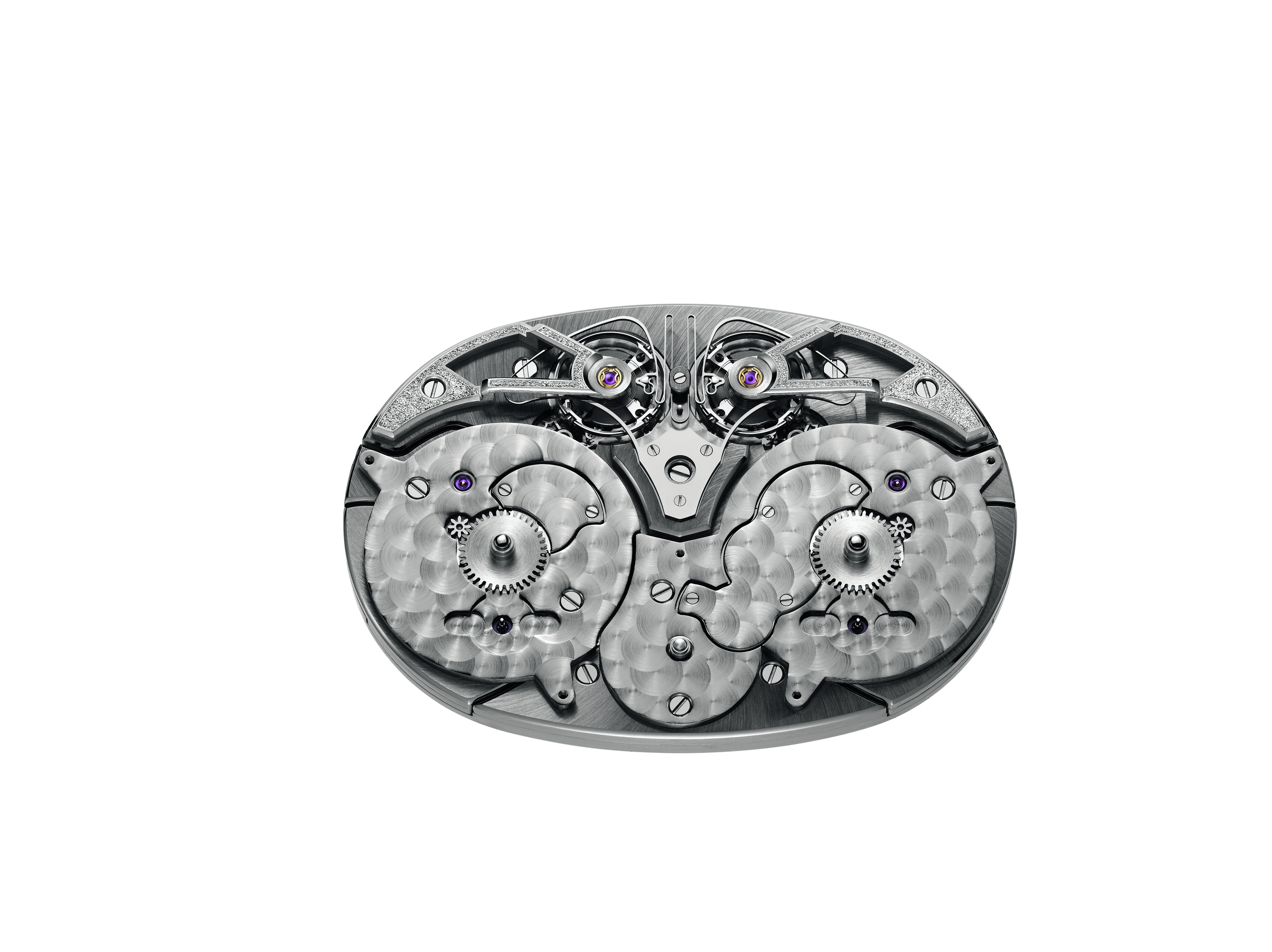 The  groundbreaking watch features an innovative,  patented mechanism developed thanks to the brand’s  pursuit of precision. Visible from the dial side, the watch features an animated resonance clutch spring that connects the two oscillators (the most sensitive part of a watch movement) to improve precision by synchronizing the two independent movements.

According to Claude Greisler, Co-founder and technical director of Armin Strom, “We are highly honored by this award. We are proud to join the ranks of exceptional prize-winners.”  Co-Founder Serge Michel added, “As a young and independent manufacturer we were particularly happy to accept the prize for a phenomenal mechanical watch. We are grateful to the jury for this award and wish to thank all our employees for their dedication, vision and passion.”

The Red Dot represents top achievements in design all over the world and awards companies that  set global standards in terms of design, ease of use, or functionality. In 2019, the prize winners were selected by a jury consisting of 40 members including independent designers, professors and professional journalists. More than 5,500 products from 55 different countries were entered this year.  There are multiple winners, who will be awarded formally in July.