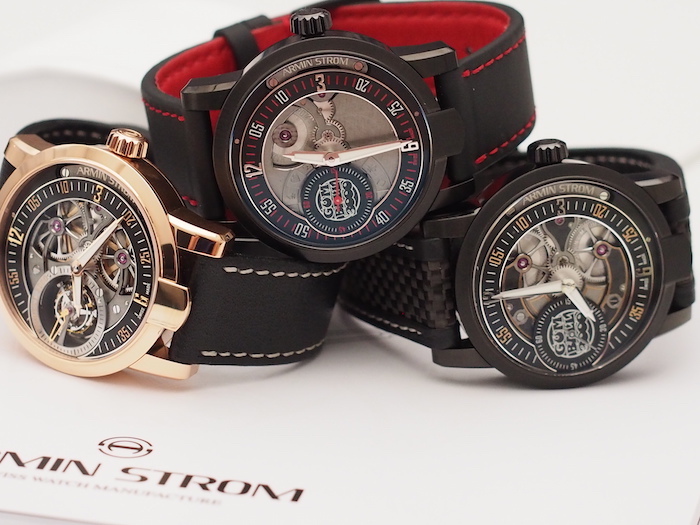 What do Stockholm and Las Vegas have in common? Stop scratching your head … in reality the answer is nothing. However, each year a supercar rally featuring 120 select speedsters travels 3,000 miles across the globe for sport. And this year the trademarked Gumball 3000 Rally will be travelling from Europe’s “Venice of the North” to America’s “Sin City” all in just one week. In commemoration of this rambunctious rally, Armin Strom has released 3 different designs of its Gumball 3000 collection to honor its partnership  of this grand 7-day adventure.

Gumball 3000 began back in 1999 when founder (and ex-racecar driver) Maximillion Cooper created a pop culture lifestyle brand-of-the-future (3000) based around all things that comprise a culture — including cars, fashion, music and entertainment. In order to celebrate the start of his business, Cooper launched an extravagant six-day drive filled with fast cars traveling across six different countries ending each day with lavish dinners and exciting parties. The event took root, and has grown over the past 16 years, with superfans of supercars and superstars all taking part.  This year, which marks the 17th rally, promises to be a  rock ‘n roll-esque showdown. Armin Strom, as the official watch partner of the Gumball 3000 rally, wanted this collection to represent the boisterous excitement that surrounds this annual 3000-mile supercar event. 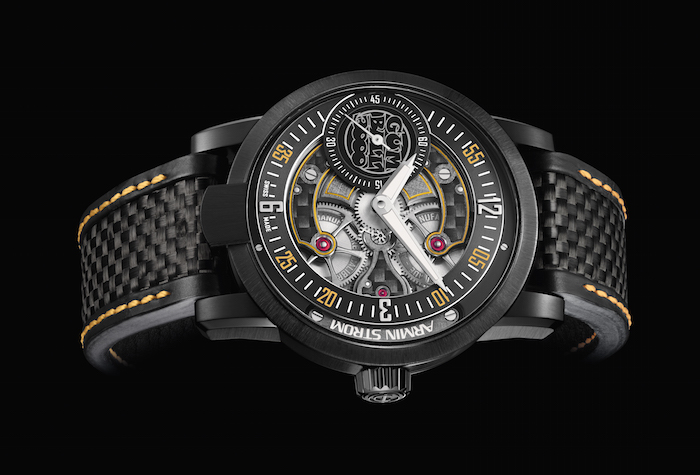 As with any quintessential Armin Strom piece, the Double Barrel Gumball 3000 allows for a skeletal view inside the watch.  You can witness the in-house manually winding ARM12-GB movement — complete with a 10-day power reserve — with just a glance at the dial. In total there are 159 components and 23 jewels that rest inside the 43.40mm black titanium PVD casing. As is standard with watches of this calibre, the insides are protected by a sapphire crystal and case back with anti-reflective treatment. To round out the technicalities, this timepiece is water resistant up to 50m — providing all of the technical components that make us love this brand.

As for the aesthetics, the distinguishing features of this Gumball Spirit watch are its carbon inlays with gold trim lines as well as its Gumball 3000 logo set inside the 60-second subdial which rests at 9 o’clock. The silver and gold time indicators play well with the skeleton dial of this Swiss-made commemorative piece. The back side of the mainplate has Gumball 3000 logo engraved on it, as well as a window peering back through to  the in-house -made movement. The Double Barrel comes complete with a black leather strap with a black ardillon buckle as well as an additional black rubber strap should you chose to switch the two. This limited, numbered version comes in at the middle of the road retail wise — priced at just about $31,000. 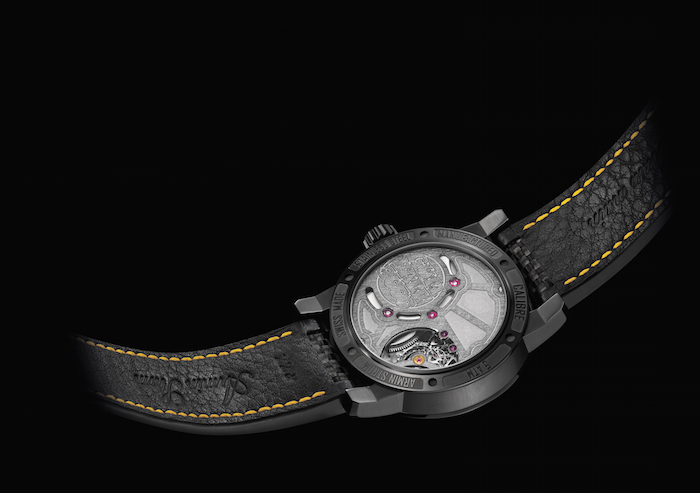 To complete the Gumball 3000 collection, Armin Strom has produced two other models still featuring the specific “Gumball 3000” on the watch. The Manual Gumball 3000,  with its alternative red and silver time indicators, is a simpler take on the Double Barrel and contains a less skeletal view of the in house AMW11-GB calibre.  But its bold red and black racing colors make it a true winner. This model  — in stainless steel and black PVD — retails for just over $15,000. 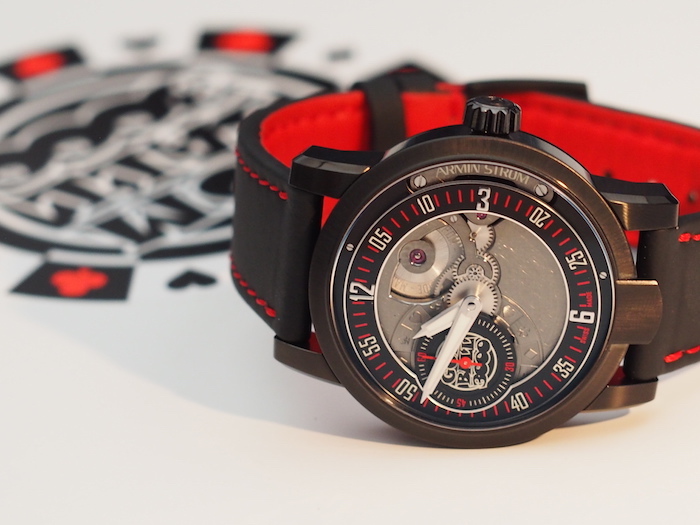 AT the high end of the spectrum, Armin Strom releases the 18-karat rose gold  Tourbillion Gumball 3000 — a very advanced and technical watch with  beautiful skeletonized bridges and barrels. A truly magnificent work of art, the Tourbillon Gumboil is limited in production and will retail for about $139,000.

Strom may have intentionally created this collection to commemorate Gumball 3000 and its annual rally,  but it is only befitting that this renowned Swiss brand is the official partner of a label that characterizes popular culture in the world of fashion and entertainment. The 2015 Gumball 3000 rally is set to kick off on May 24th and will wrap up on May 29th in Las Vegas — where ATimelyPerspective will partake in the festivities.  For more information about Gumball 3000 and its 2015 rally points visit here. Should you like to get a closer look at Armin Strom’s Gumball 3000 collection please read click here. 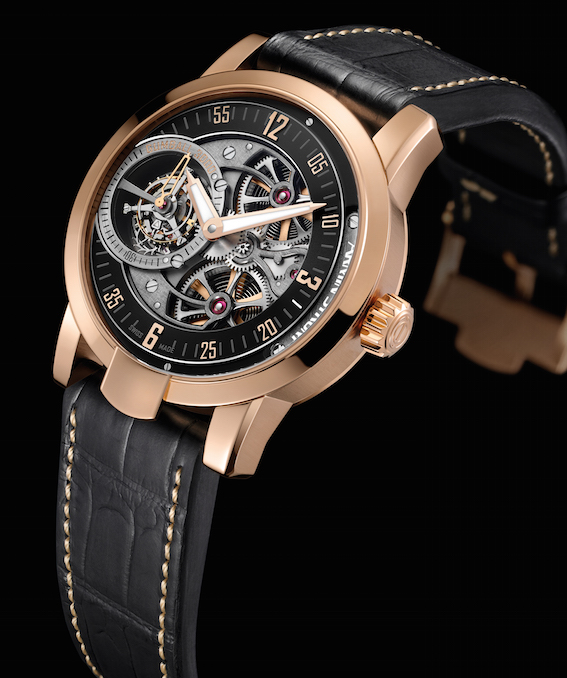