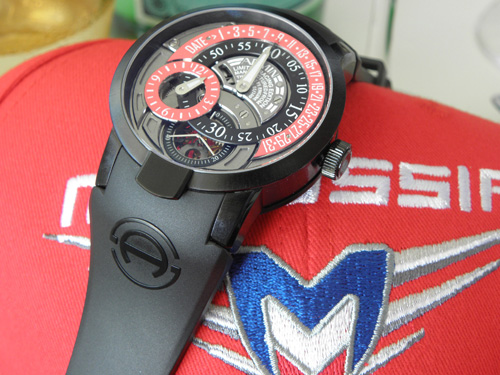 The Armin Strom Racing Regulator watch is a powerful statement on the wrist. It houses parts made from the Marussia F1 Team’s car.

Red Bull Team’s 26-year-old Sebastian Vettel won yesterday’s US Grand Prix Formula 1 races at the Circuit of America’s in Austin Texas – taking his eighth straight win this season and his fourth straight World Championship. While the German driver’s performance this season has been stellar, other teams have put up a good show. 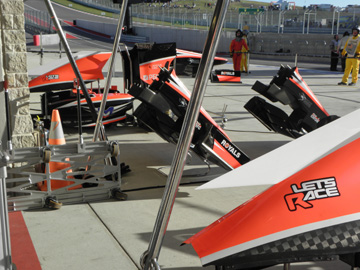 Inside the paddocks with F1 Team Marussia at Circuit of the America’s in Austin.

This weekend, we got to spend time with Armin Strom – a sponsor of F1 Team Marussia – at the Circuit of the America’s. The trip included witnessing practice runs at the track for F1, behind-the-scenes tours of the Marussia F1 Team garages in the paddock, and a quick meet with Marussia Team driver Max Chilton. We also got a close up look at some of the finest Armin Strom watches on the market—worn by top team members and smart world collectors, as well as by the small corps of writers present who each got to wear one for the weekend. 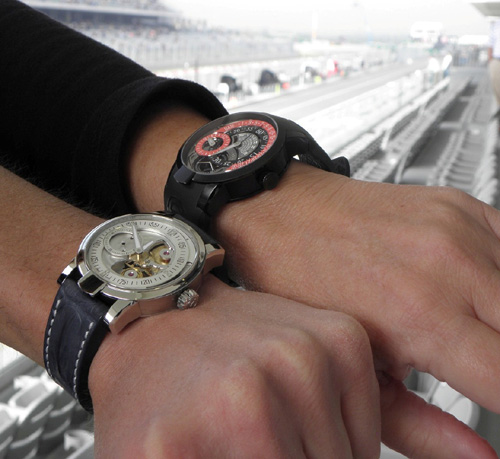 Armin Strom Racing Regulator and Manual watches on the wrist at the track.

The Armin Strom watch brand is a relatively young brand with a rich background. Making just about 500 watches a year, Armin Strom’s key principle is to show what it makes – revealing much of the movement beneath the dial. The concept stems from the specialty of Armin Strom the watchmaker – who is one of the world’s finest master skeletonizers and has created some of the most superb skeleton watches for top brands over the years. 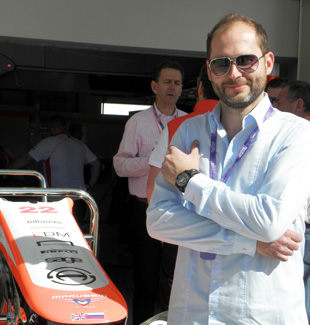 The brand, owned by watchmaker and smart businessman Serge Michel, with designer and technical director Claude Greisler on board, works closely with Armin Strom to develop a superb line of timepieces that seamlessly display the structure of the watch. Based in Biel, Switzerland, Armin Strom AG makes all of its own watches (including plates, bridges, levers, springs, wheels, pinion and screws) in house – offering a new interpretation of skeletonizing the dial that brings the gear train, spring and escapement’s interaction to a grand 3-D experience. 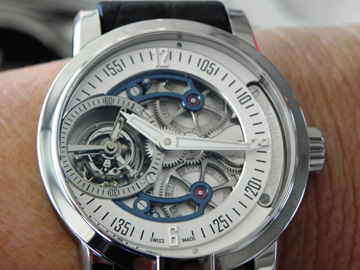 The Armin Strom Tourbillon is made in house at the brand’s Biel Manufacture. This version is the Water model.

The brand’s collection includes the Manual (three-hand time indication), the One Week (a seven-day power-reserve watch), the Racing (made in cooperation with Marussia F1 Team with Formula One parts used in the movement), the Gravity, the Regulator, and the top-of-the-line Tourbillon (made in a limited edition). Additionally, each collection 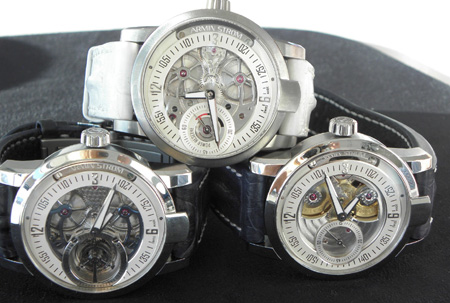 revolves around the four elements: Air, Water, Fire, and Earth. Watches made in light-weight titanium with white straps represent Air, those made in steel with blue straps recall Water, 18-karat rose gold cases demonstrate Fire and Earth is represented in black PVD steel cases. The watches retail from $20,000 to just about $90,000 for the tourbillon, and are boldly strong and emotionally powerful on the wrist. (Stay tuned for articles and original pics from F1 racing and the Marussia F1 Team garage tours.)