Around the world: Louis Vuitton Watches and the America’s Cup World Series 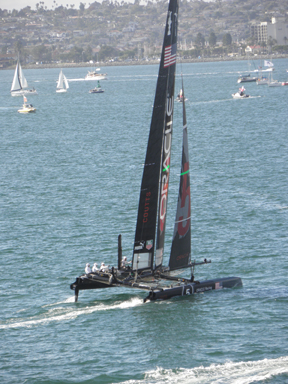 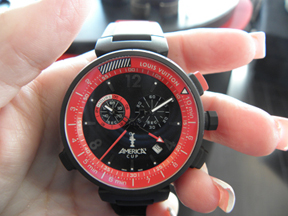 To celebrate its involvement as the official timer for the races, Louis Vuitton has created two new Tambour Regatta America’s Cup chronograph yachting pieces in the Louis 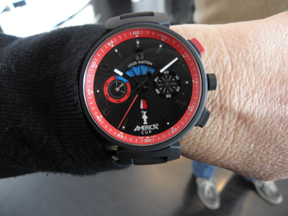 Vuitton America’s Cup collection.  Made in La Chaux-de-Fonds, Switzerland, in the brand’s workshops, the watches feature 44mm cases made of rubber-clad steel, and boast bold red against the black dial and case for striking appeal.  One watch is an automatic, created in a limited edition of 720 pieces, housing a Dubois-Depraz movement with regatta functions of countdown (5 minutes) and flyback. The second watch is a quartz piece, created in an edition of 1851 pieces with regatta functions of countdown between one and 10 minutes with sound indications.

Also participating, thus far, in the America’s Cup races are several brands that are sponsors of teams. Among them: 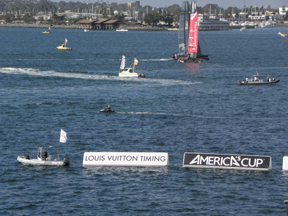 Corum, TAG Heuer, Omega and Hublot. Stay tuned for more information on the America’s Cup and the watches that salute it.