Audemars Piguet on the Fashion Week Runway with Michael Bastien 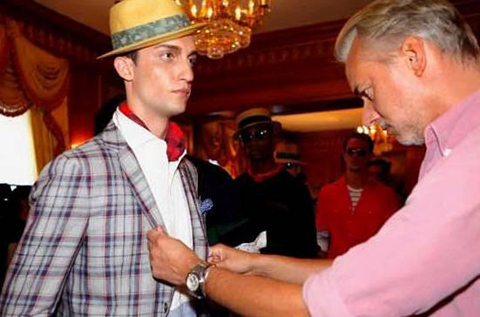 Behind the scenes at the Michael Bastien Runway Show

Just 10 days ago, during the New York Mercedes Benz Fashion Week, Audemars Piguet timepieces walked the runway of  Michael Bastian’s Spring/Summer 2014 collection. It was the fourth year the brand participated in the Fashion Week show. The inspiration for the season’s collection by Bastian was the style of French men, with a color palette in red, blue, white, nayve, yellow and sage green. Accompanying the tailord and sports looks were an array of Audemars Piguet timepieces that include the Millenary, Royal Oak Offshore, Jules Audemars, and the Royal Oak. 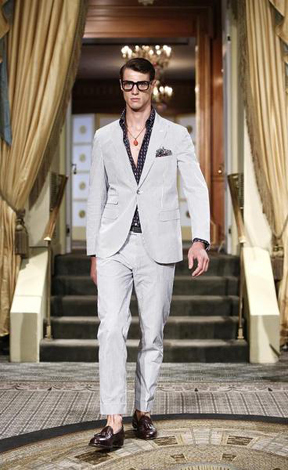 A tailored look for the 2014 spring/summer season

“This season I wanted to do something more colorful, more joyous—play around a bit more with pattern mixing and unexpected styling, in a loose, easier, sexier way that typifies to me the best of French men’s style.  The inspiration initially came from observing the French guys in my life, as well as movies such as The Red Balloon, The Dreamers and the classic movies of Jacques Tati. I also drew inspiration from the incredible spirit and joyfulness of the late America designer Patrick Kelly— no one loved Paris more than he did.  I often think the true essence of a place can only be reflected through the eyes and experiences of an outsider, and for me, Patrick’s vision of Paris—bright, romantic , frenetic, sexy and chic – is the one that stays with me,” said Bastian, whose personal timepiece is a stainless steel Royal Oak Chronograph.