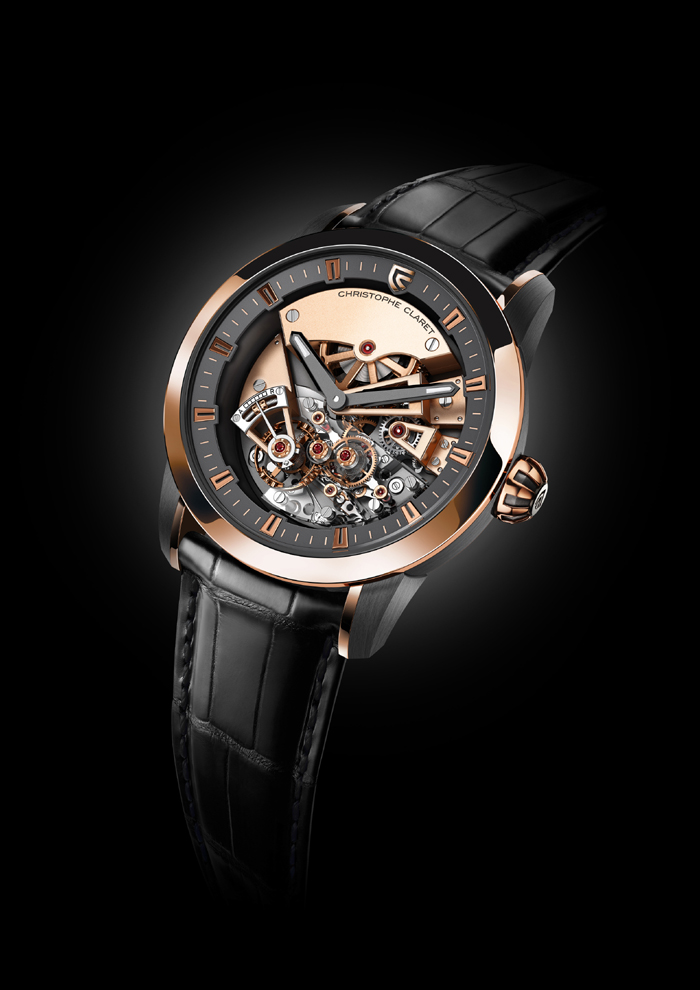 It was only a couple of months ago that we brought you the newest creation from Christophe Claret in his line of gambling and gaming watches. Now, here at BaselWorld 2014, Claret unveils several new masterpieces: the Maestoso for men and – for the first time ever – a woman’s watch, Margot ( which we just unveiled  here half an hour ago). The Maestoso is a traditional yet complicated piece that pays homage to the centuries of watchmaking heritage yet offers visionary forethought and a host of research and innovation. The timepiece, which, of course, has been made entirely in house at Christophe Claret, has three patents on it and reinvents the traditional pivoted détente escapement — with constant force – into its heart. Traditionally, the detent escapement is a mechanism designed to operate in a perfectly stabilized position. It was first developed in the 18th century when watchmakers and inventors wearer trying to create a precise instrument to locate position while at sea. While considered a precise instrument, the detent is nonetheless subject to shock and lateral impacts, which can cause it to speed up or slow down the escapement wheel and, hence, effect timing. 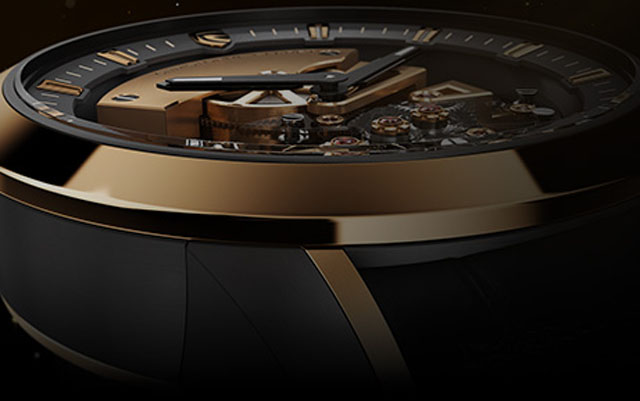 The complex Maestoso movement has more than 300 parts and a host of innovative systems.

Since a wristwatch is never stable (except when it is not being worn), the detent is not the optimum escapement of choice. However, by equipping it with a cylindrical balance spring (instead of a balance wheel) and by offering a constant force mechanism and a few other systems, Claret brings it to the wrist. Among the complex systems utilized in the watch:

The mechanical hand-wound Caliber DTC07 consists of 301 parts and is, of course, meticulously finished. The hands, made of titanium and rubies, majestically float over the movement, visible via all of its sapphire parts. The watch is available in 5N rose gold (186,000 Swiss francs), or in anthracite PVD titanium with white gold (182,000 Swiss francs) or titanium with rose gold (178,000). Hands-on photos coming post BaselWorld, stay tuned. Meanwhile, enjoy the video below.