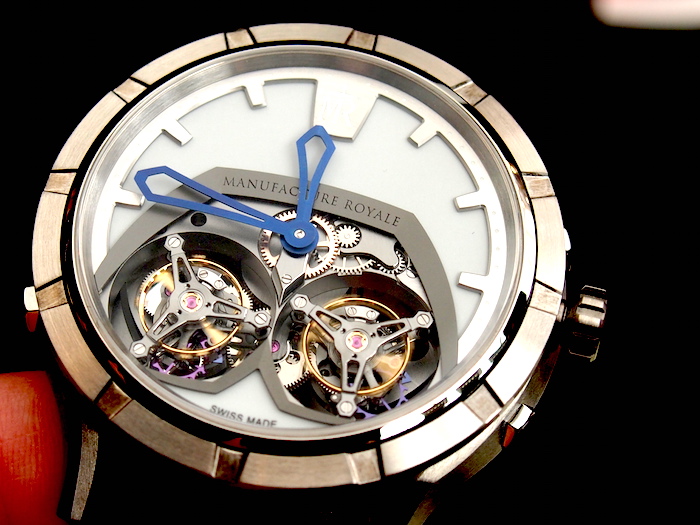 It isn’t every day a watch brand can trade its roots back to the  Age of Enlightenment. But Manufacture Royale does exactly that — and more. In fact, the brand not only traces its origins to the Manufacture Royale de Ferney workshops founded in 1770 nearby Geneva, but also to the famed philosopher, writer, playwright, and entrepreneur Voltaire. In fact, Voltaire founded the brand — in an effort to push the technical advancements of horology and  to further the ideals he held most valuable: freedom of thought and expression.

Many of the timepieces created in the workshops featured such notable complications  as striking mechanisms and exquisitely hand-engraved jewel-studded finishes. It is astounding to think that in a day and age where every single component of a mechanical watch was made by hand, that more than 4000 timepieces were created, sold and worn by aristocrats and royalty of the time. 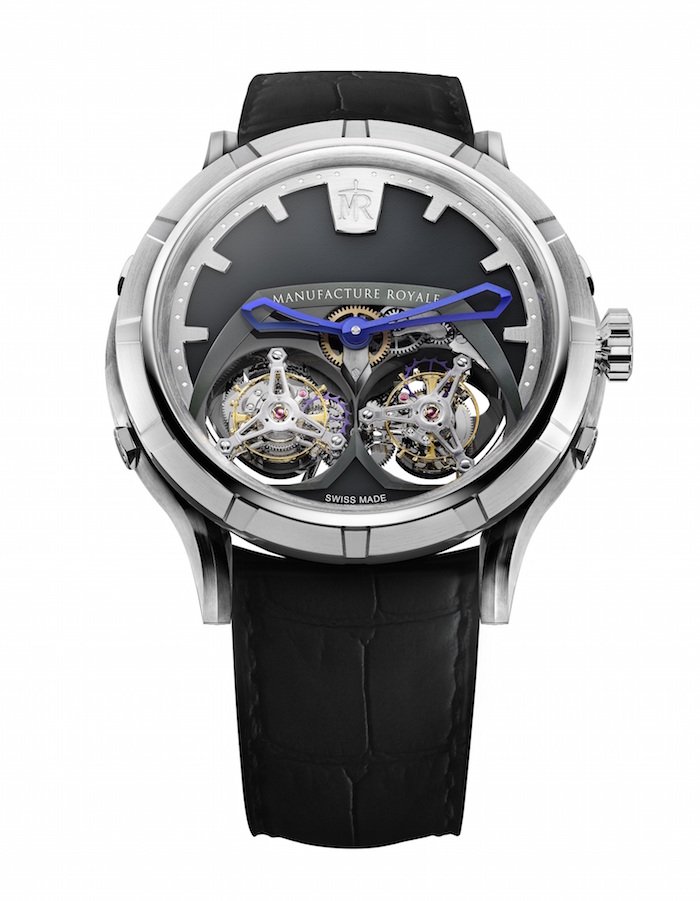 Manufacture Royale was revived as a watch brand just about five years ago, and has since been taken over by new owners who are looking to capture the same freedom of thought that Voltaire lived for. From a horological standpoint the brand today is all about pushing the limits of technological innovation —  and  from a nonconformist point of view. That exact ideology was on full display at this year’s BaselWorld, wherein the brand followed fast on the heels of its much-loved and revered Opera watch with the release of its first flying double tourbillon — the  1770 Micromegas (with the two tourbillon axes rotating at different speeds).

Powered by the calibre MR04, the tourbillon cage on the left rotates once every 6 seconds, while the one on the right rotates once every 60 seconds. The two flying tourbillons are connected by a differential, which, in turn, draws power directly from the barrel (and source of power driving the watch). The end result is a highly accurate double tourbillon watch because of the varying speeds and rotations, and a watch with a power reserve of 80 hours. (Many automatic tourbillons have power reserves in the 48 hour range.) 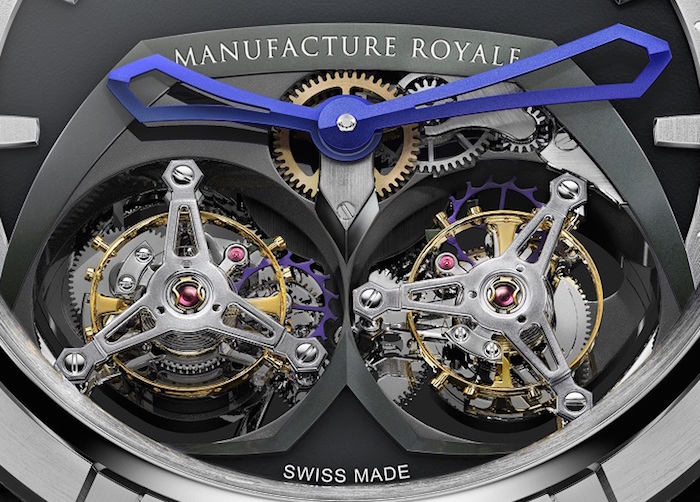 The 45mm case is constructed of titanium, and the two flying tourbillons are positioned at the 4 and 7 o’clock positions.  The minute marker indices, the MR logo, and the Manufature Royale text are finished in SuperLuminova. The 1770 Micromegas is presented on a black Louisiana alligator strap, and the titanium version retails for $151,000 — an enlightening price considering the technology and provenance. Of course, there are rose gold, titanium and even two-toned versions being created.

In fact, the name of the watch and its inspiration stems directly from one of Voltaire’s short stories (the 1752 Micromegas) where a mystical 120,000-foot giant named Micromegas is cast out of his own world, Sirius, for having dissenting ideas. He sets out to explore the cosmos and finds the planet Earth, where he is able to observe the behaviors of its inhabitants. Through this observation he comes to learn that dialogue and tolerance are the hallmarks of living in harmony, that all view points are relative, and that  the ability to change and alter one’s perspective based on the scenario is paramount. The story’s lesson in the necessity of multiple perspectives speaks to the horological inspiration of this watch, with multiple speeds, tourbillons and emotions. 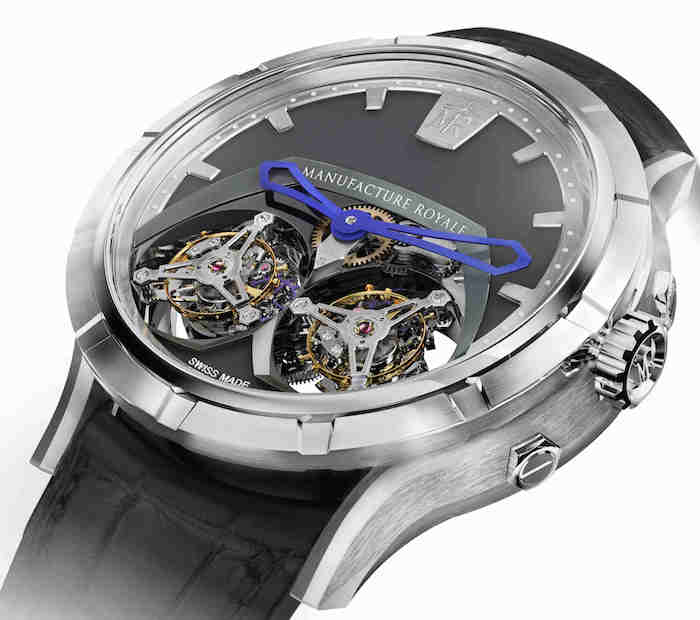