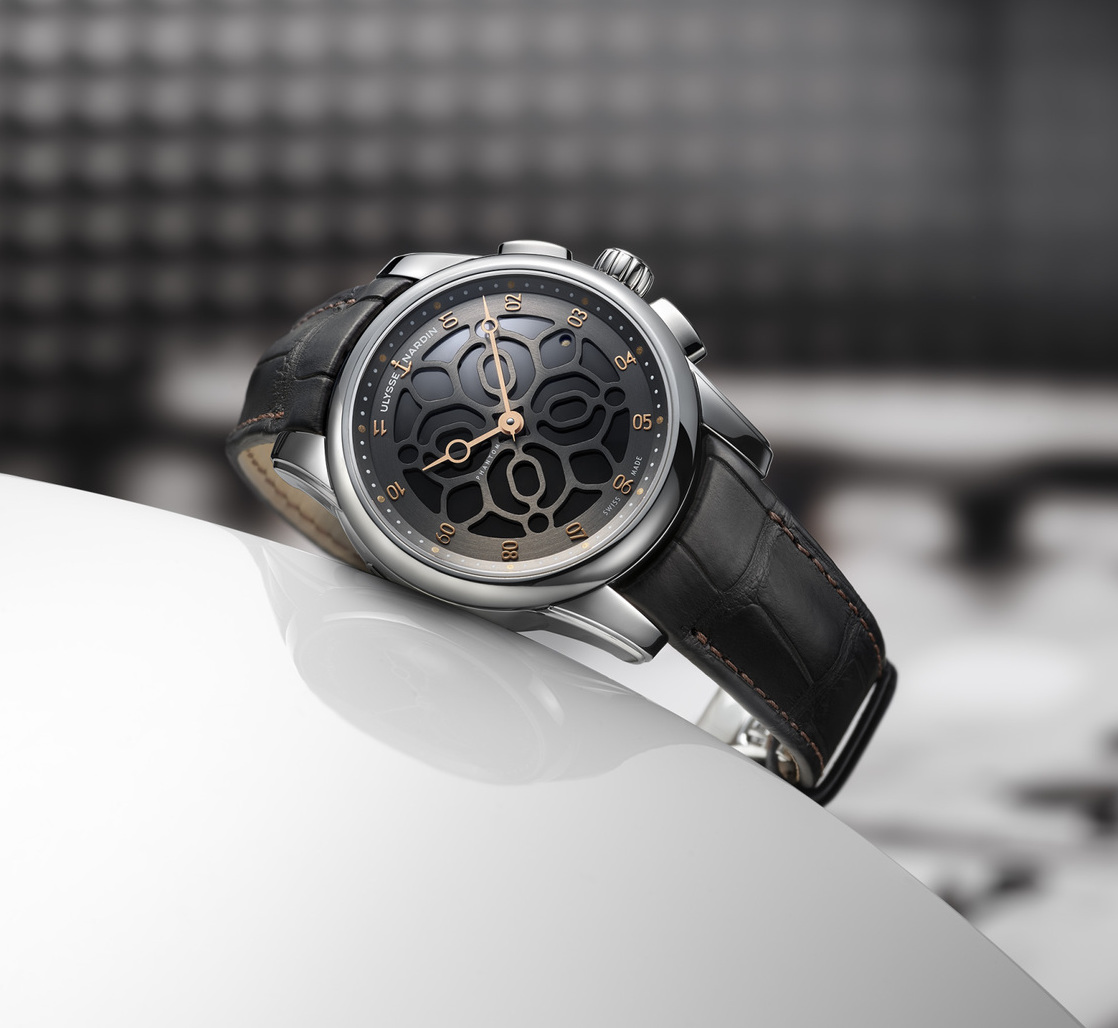 Recently, Ulysse Nardin unveiled its newest repeating watch and it’s pretty impressive, especially considering how the sound is amplified.  I wrote an in-depth article about the new Hourstriker Phantom Watch on Forbes.com. Now, I bring that article to our readers.

“In the world of watchmaking, there is a category of haute horology timepieces that are among the most revered: audible watches. From repeaters to sonneries, watches that chime the time are incredibly expensive and time consuming to build.  Only the finest watch brands create these watches, and when they do, there is always the same consumer expectation: is it loud enough and clear enough to enjoy the sound. Now, Ulysse Nardin has its own answer to that question in its all-new Hourstriker Phantom watch, made in cooperation with French luxury speaker company Devialet. 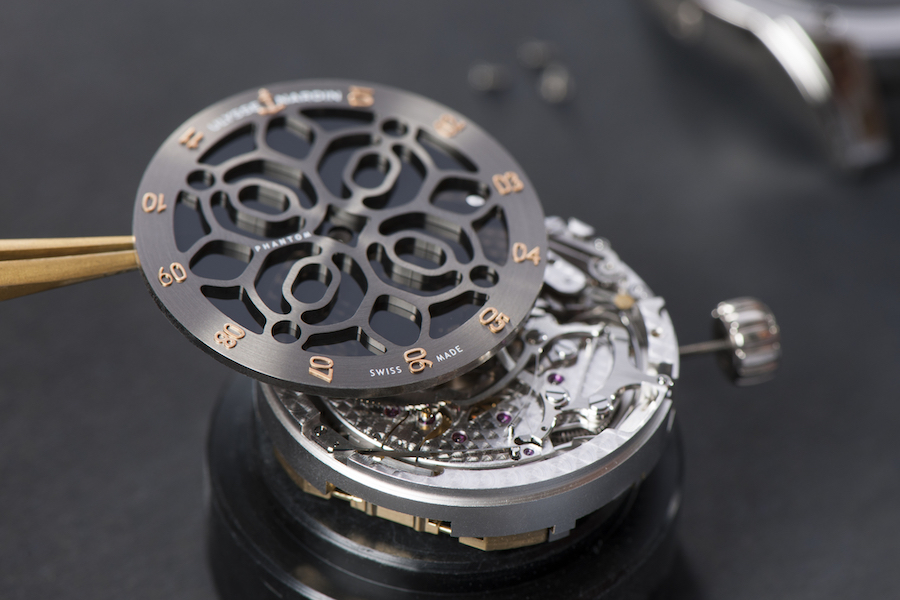 Sound is the single defining ring of success when it comes to chiming watches because so many elements go into achieving the perfect pitch, tone and loudness. Watch brands constantly strive to develop new ways to improve the sound of tiny hammers banging on tiny gongs inside a watch that measures just two inches in diameter, if that. However, by teaming with Devialet, which was co-founded by Emmanuel Nardin, a descendant of the Ulysse Nardin family, Ulysse Nardin says it is able to offer one of the best sound performances ever recorded for a striking watch: 85 decibels to 100mm.

Devialet has more than 160 patented technologies for its sound systems, with its high definition connected speakers, The Phantom, as the flagship product. The motorcycle-sized speaker creates sound up to 108 decibels. Using its wealth of knowledge in sound, the engineers of Devialet teamed with Ulysse Nardin’s watchmakers to ways to redefine each part of the audio signal sent from the watch’s striking device. They do this mostly by focusing in the timbre, or quality of the sound. 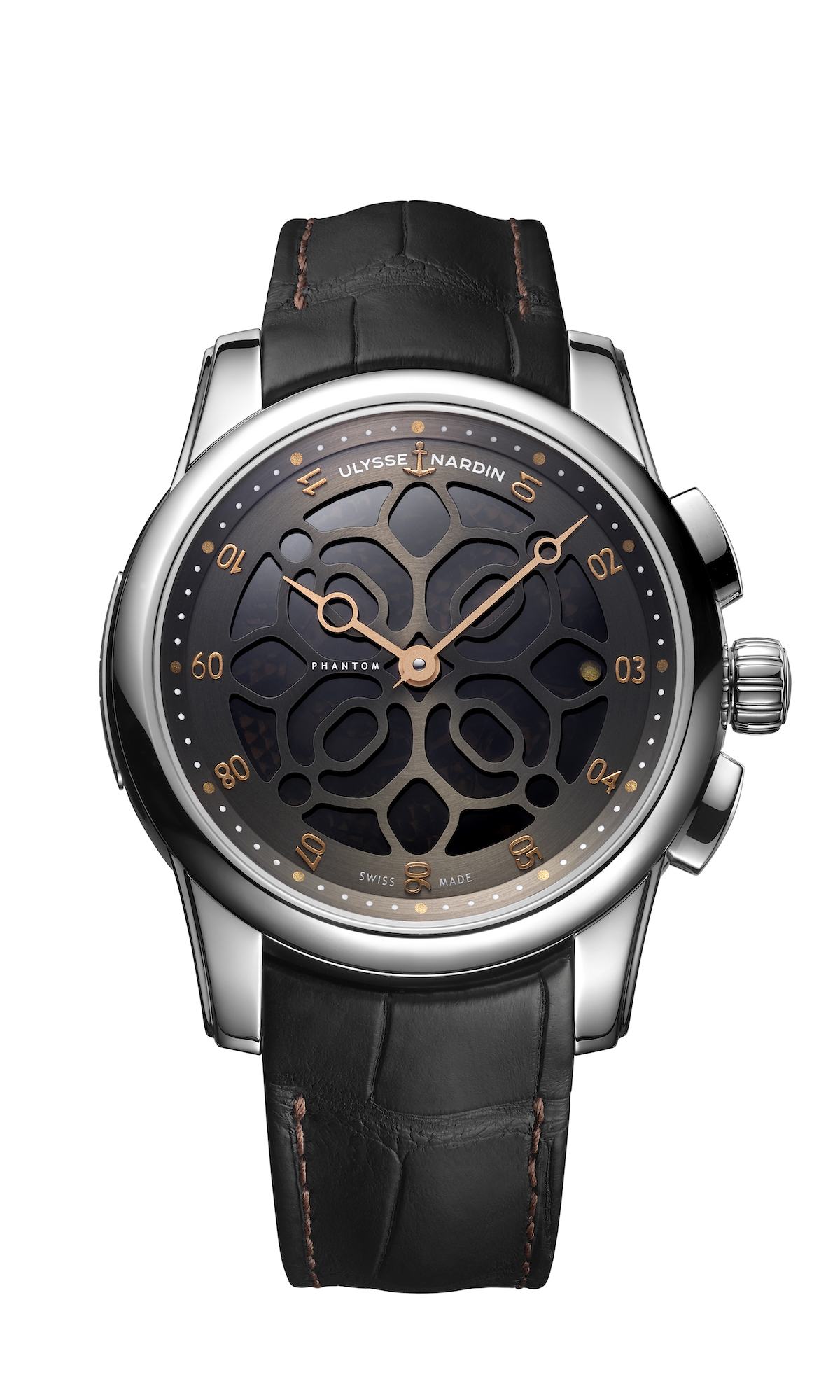 The 43mm case of the Ulysse Nardin Hourstriker Phantom watch is crafted in titanium to carry the sound.

Instead of tiny pointed hammers hitting gongs in a typical repeater watch, with the reverberations from the forces generating small sounds, in the Hourstriker Phantom watch, there is a system of torsion arms that transfer the sound to a membrane on the bottom of the watch. The concept is similar to a loudspeaker, whose cone amplifies the sound. The reverse side of the watch features eight openings enabling sound to travel.  This system coupled with the titanium watch case (also known to be an amplifier) results in a resonance of 85 decibels.

The UN-610 automatic movement with striking mechanism that chimes the time on the hour and the half hour powers the watch.  The 43mm watch offers a power reserve of 42 hours and is water resistant to 30 meters. The watch dial is equally as alluring as its sound. Inspired by the designs of vibration waves drawn by 18thcentury German physicist and musician Ernst Chladni, the dial also recalls the protective netting on the Devialet Phantom’s tweeter. The watch is equipped with an on/off mechanism for the striking device.  Just 85 pieces will be made – standing for the 85 decibels. Each watch will retail for $72,500, a relatively affordable price for a chiming watch.” 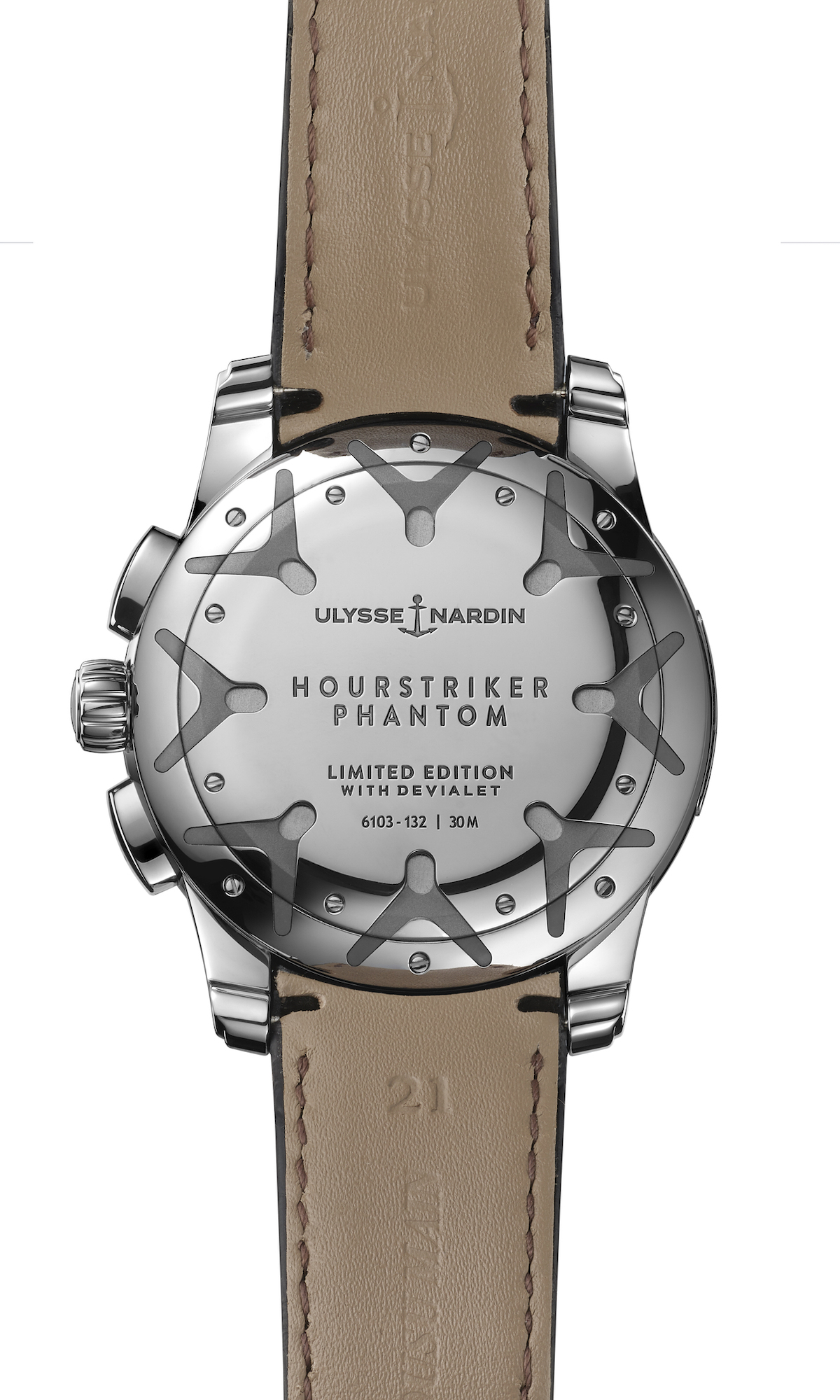 Ulysse Nardin Hourstriker Phantom watch made with Devialet is a limited edition piece.