Close Up with the $244,0000 Zenith Academy Christophe Columb Tribute to the Rolling Stones Watch (and Mick Jagger) 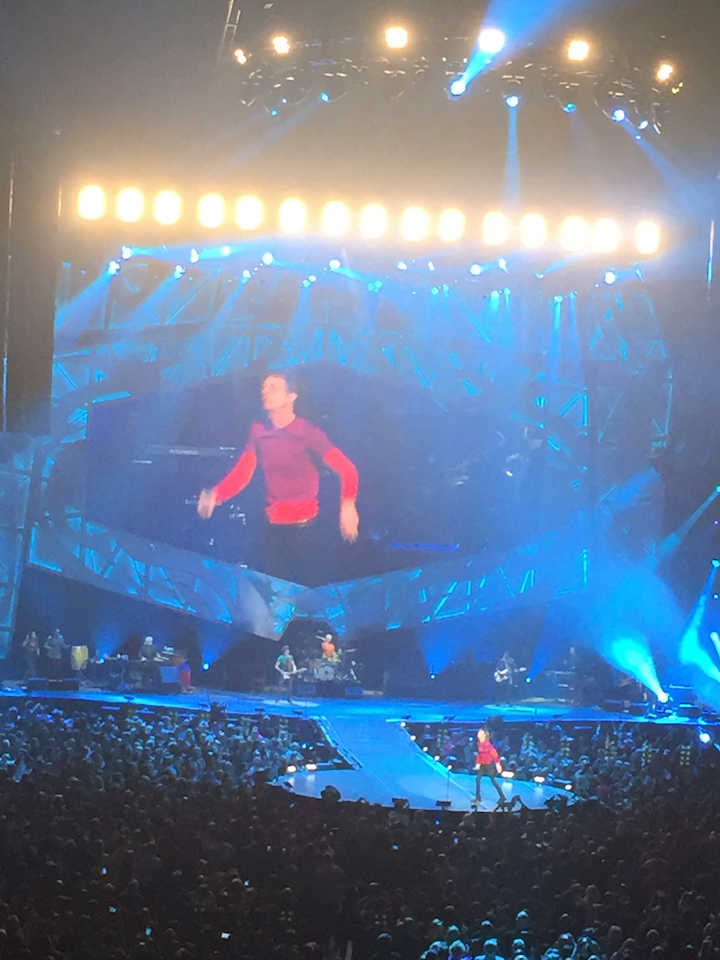 Recently I had the extraordinary experience – thanks to Zenith Watches – of attending a Rolling Stones concert in Las Vegas. Let me tell you, Mick Jagger hasn’t lost any of his swagger. Neither have guitarist Keith Richards and the other long-standing members. I highly doubt that — in the 1960’s when they formed their rock band – these guys thought they would still be playing and selling out concerts 50 years later. The fact is that the Rolling Stones – both original members and new members — still command amazing attendance. That may well be why Zenith watch company felt they could produce and sell a near quarter-million-dollar watch paying tribute to the Rolling Stones. 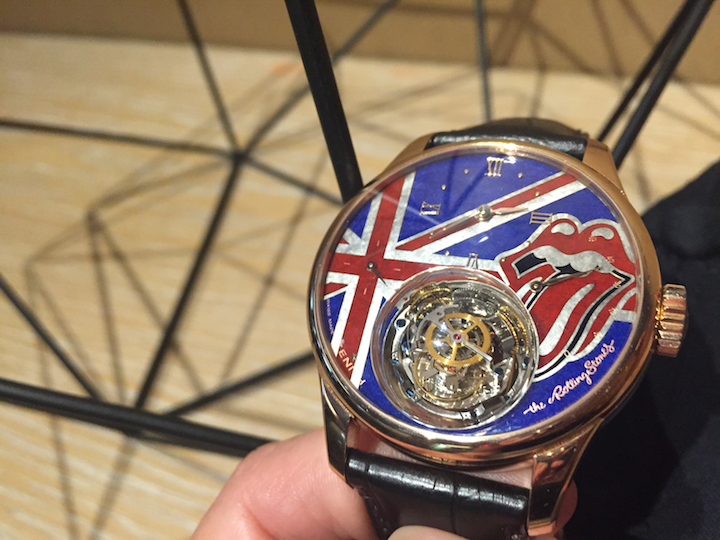 The Zenith Academy Christophe Columb Tribute to the Rollings Stones watch retails for about $244,000.

In fact, the Zenith Academy Christophe Columb Tribute to the Rolling stones watch, which I got to wear for a short few minutes, retails for just about $244,000. Just five were ever made and only two are left for sale. The watch was made to commemorate the historical performance of the legendary brand earlier this year in Cuba. Zenith has, however, had a partnership with the British band for two years. 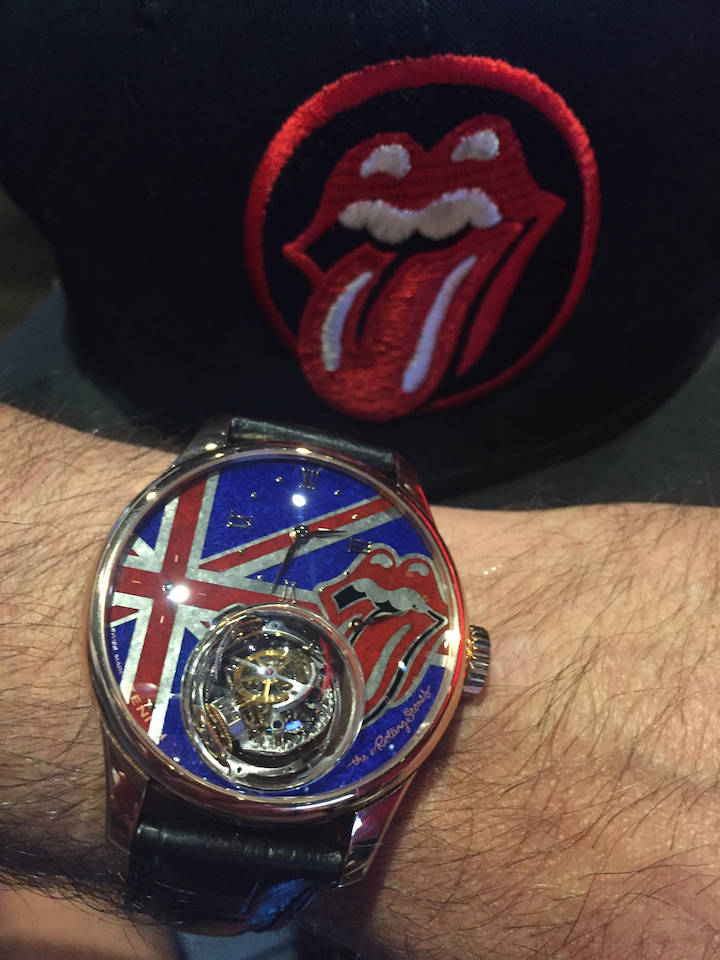 This highly technical watch house a 308-part El Primero 8804 manual-wind movement (that beats at 36,000 vibrations per hour) and features a patented Gravity Control gyroscopic module that ensures horizontal positioning of the regulating organ and that consists of an additional l 171 parts. The watch offers small seconds, hours and minutes as well as self-regulating gravity control in a three-dimensional crustal bubble at 6:00. Crafted in 18-karat rose gold, the 45mm watch embodies everything Rolling Stones, from the British flag to the famed lips and tongue. The watch is everything it should be, brash, bold and British inspired.

Recognizing, of course, that not all Stones lovers can afford this watch, and that even if they could the brand only made five – Zenith unveils a new version of its El Primero Skeleton Tribute to the Rolling Stones watch. Created in black ceramic and featuring an open-worked dial for viewing the fast-paced El Primero engine, the column-wheel chronograph watch is a 45mm piece that also cries out for attention. It features the Stones symbol on the small seconds indication and offers a bold blend of black and red. 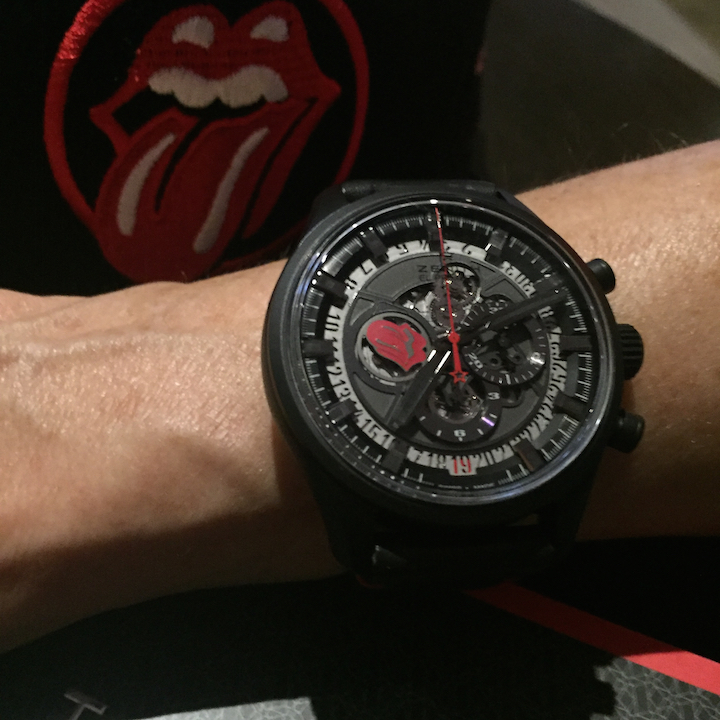 The watch marks the first time Zenith ahs used black ceramic. The hands are designed to resemble the neck of a Fender Telecaster 1950’s electric guitar. In a powerful visual echo, the famous “tongue and lips” logo — inspired by the mouth of lead singer Mick Jagger — appears on the seconds disc, spinning like a vinyl record on a turntable. The watch retails for $11,100. 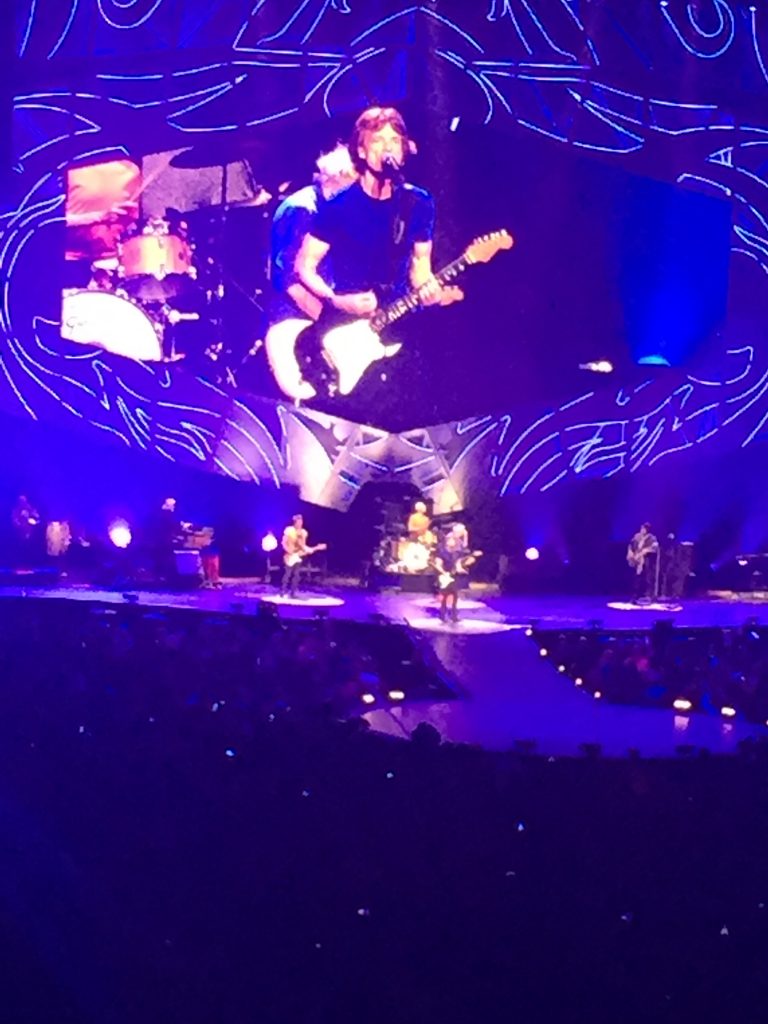 It’s only Rock N Roll, but i like it.