Collectors’ Corner: The Journe Identity (or, the Beauty of FP Journe watches) 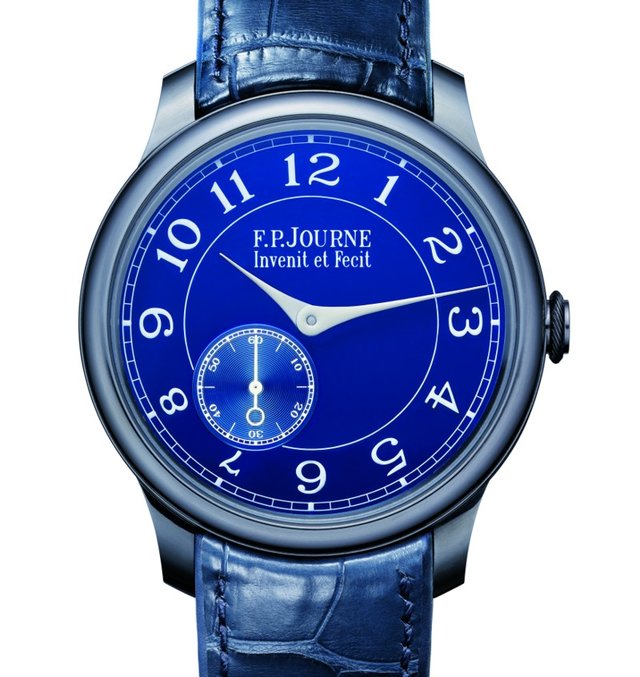 The first time I ever saw an FP Journe Chronometre Bleu, I almost didn’t try it on! A close friend and I decided to meet up in Zermatt for a few days of skiing. Earlier in the week he had been on business in Geneva attending SIHH, and I had been traveling the country on rail. I had passed through Lucerne, Zurich, St Moritz and Vals, where I had been seeing some of the finest watches in some of the best watch stores in the world. So by the time I got to Zermatt, I was really in “watch overload.”  I was enjoying the buzz of having seen so much beauty, both natural and manmade in such a condensed amount of time.

On our first night in Zermatt, we had decided on an early dinner, and headed out into a light snowfall down the Bahnhofstrasse. We passed by a shop window that had a few FP Journe pieces in the window, and despite being hungry and tired and in overload mode, I decided to stop in. The previous week we had walked past the FP Journe boutique in Geneva, which was closed, so I felt compelled to make up for it now by taking in as many Journes as I could along the way.  I was new to the brand and was really trying to build a Meta impression of what was and remains a captivating (maybe the most captivating) collection of timepieces.

Looking at those Journes in Zermatt, I found myself falling in love and enjoying the surges in dopamine these watches were giving me.  I cannot say exactly what drew me to these pieces initially, and what has continued to hold my attention, but certainly their rather traditional forms and quirky sense of aesthetics has something to do with it.   I love classic looking pieces that have something unusual or wonky in them. And many of Journe’s pieces are like this. 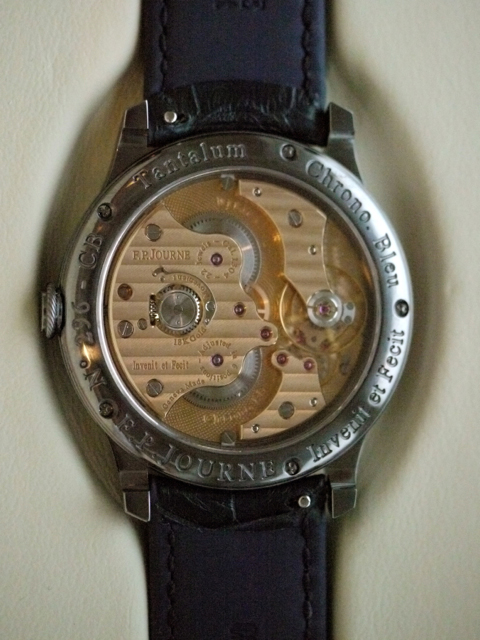 Back of Chronometre Bleu

The shop owner had presented 10 or so pieces to my friend and me, among which was a Chronometre Bleu.  Like with most groundbreaking art (i.e. film, painting and music in particular), it takes time to process and appreciate what you are looking at. True innovation often sounds or looks weird at first. I thought “Who would wear a blue watch?”.  I didn’t get it. With reluctance and at the encouragement of the shop owner, I tried it on and I was immediately under its spell. As was my friend.  There was a visual shift that had happened and the individual pieces of the watch had come together on the wrist in a way they hadn’t when it was just on the counter.  It had looked static and almost cartoon-ish; and now suddenly it was dynamic and chic. 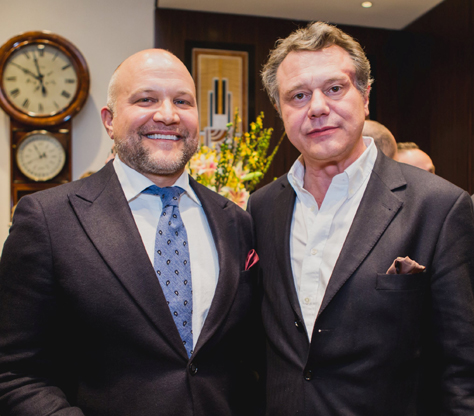 The tantalum case, the blue dial, the blue croc band, and the white hands/numerals had become something way beyond the sum of these parts on the skin. I think many who have seen this watch in person understand that it isn’t hyperbole to say that this one of the best looking watches being made. It is really (no really) the only watch I want. I have tried on this watch hundreds of times, as many a store manager will attest, in everything from a suit to a tee shirt and shorts, and always its effect is sustained. And that’s saying nothing about what happens when you flip it over…… For me, it’s just a matter of time.