Did MB&F go Classic? Discussing the Legacy Machine No. 2 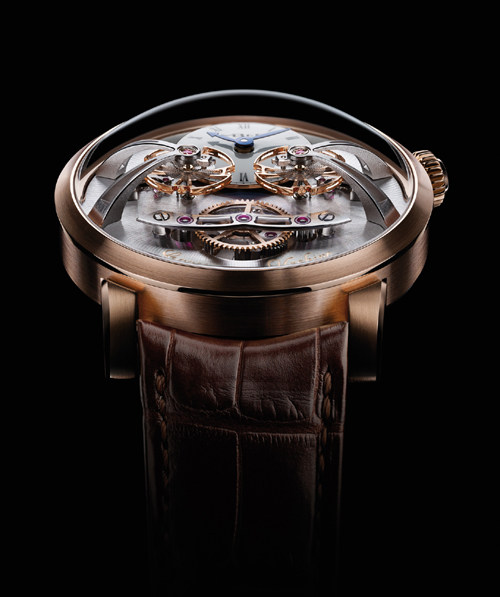 The architectural 3-D design of the Legacy Machine No. 2 elevates it to new levels.

When one thinks of the micro-engineering horological brand known as MB&F – images of spaceships and other bold and distinctive 3-dimensional shapes come to mind. Not classic round. Although the brand did surprise us in 2011 when it unveiled the first round watch, the Legacy Machine No. 1 (you can read about it here), it is just not traditionally Max Busser & Friends. 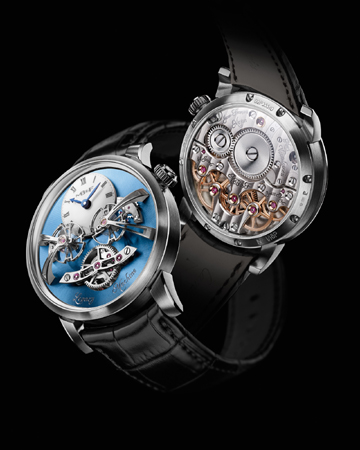 The hour-minute subdial is slightly raised, and the gold hands are slightly arced.

However, the new Legacy Machine No. 2 –with its dual flying balances suspended high above the dial via four arcing arms — is a bold blend of classic horology and sci-fi-like MB&F.  Indeed, MB&F says the LM2 traces its inspiration back 250 years ago to the great watchmakers of yester-century and to the rare dual regulators of the era.  In fact, the watch is a natural extension of the first Legacy Machine – but with historical influences in visionary design – offering two regulators whose average rates are transmitted by a differential to a single gear train. 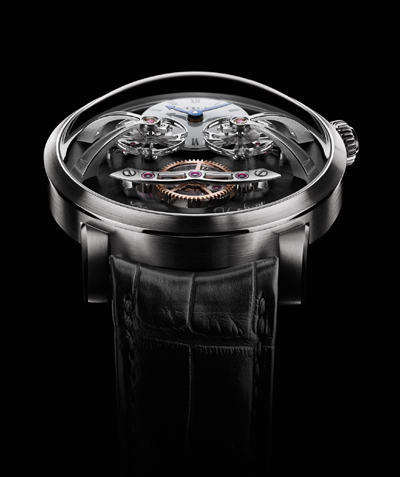 The dual balances feature Breguet overcoils, inset with four fully functional timing screws. The two balances are mirror images of each other so that they react differently to different forces. The distance between the balance wheels has been carefully calculated to avoid resonance that would negatively interfere with regulation.

The futuristic looking watch features a domed sapphire crystal with the top plate of the movement acting as the dial of the watch. The two flying balances and their escapements offer mirror images of one another for stunning symmetry and dimension.  The large planetary differential transfers the power to each of the regulators, receives the individual timing rates from each balance and transmits the average rate of the two regulators to the gear train so it can display the time.  This grand precision, along with the three-dimensional architecture of the LM2 raises the traditional round watch to new heights—exactly what we would expect from MB&F.

The Legacy Machine No. 2 was conceived of by Maximilian Busser (MB&F); designed by Eric Giroud (Eric Giroud Design Studio), and has a movement developed by Jean-Francois Mojon (Chronode). The movement design and finish specifications were completed by Kari Voutilainen.