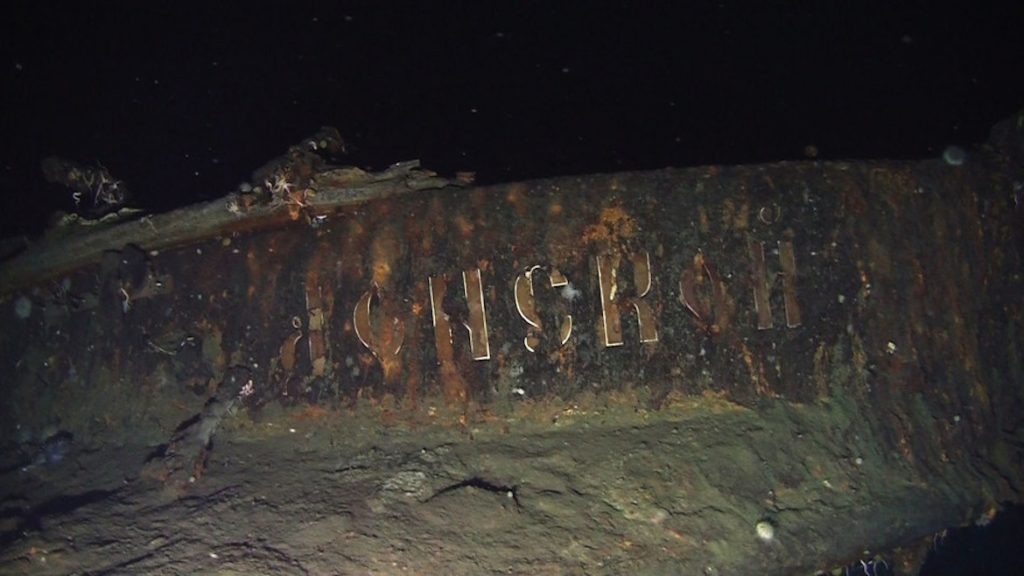 Just last week on my Perfect Timing column on Forbes.com, I reported this news about a 113-year-old shipwreck of a Russian ship that has been discovered in South Korean waters and is said to be holding more than $130 billion in gold coins and bullion.

“The Shinil Group exploration company announced that on July 15 it had discovered a Russian armored cruiser ship, the Dmitrii Donskoy, that sank off the coast of South Korea in 1905. Further reports disclosed that the ship, found nearby Ulleungdo Island,  could hold as much as $130 billion in gold. The ship, discovered 434 meters beneath the surface of the sea, was a first-class armored cruiser from the Russian Baltic Fleet. It had left the Baltic Sea in 1885 and sailed the oceans until its doom in 1905 when the Battle of Tsushima began, wherein  38 Baltic ships including Dmitrii Donskoy, and 89 Japanese ship  went to war. The ship was sunk, leaving many searching for her for years.  According to a release issued by the Shinil Group, they were able to obtain relatively clear images of the stern, which had cannons and long-distance guns on it, in addition to machine guns, anchors and wooden armor.  Approximately a third of the stern was hit and the hull of the ship was severly damaged, most likely leading to the ship’s demise.

While the ship seems broken in half, Shinil Group reports taht the upper deck is “almost untouched.”  Korean marine exploration company, JD Engineering,  is leading Shinil Group’s exploration team as they investigate the wreck, which includes a large number of iron boxes. According to CNBC, the ship is said to contain 200 tons of gold bullion and gold coins, which today translates to about $130 billion in value. According to reports, the Shinil Group  used two manned submersibles to maneuver the 1400-feet down to get a closer look at the ship, which they plan to try to raise later this fall. Speculations about the gold currently reflect the possibility that the ship was holding the entire fleet’s treasury. Shinil Group has said that some of the gold will be returned to the Russian government, and that some of it will go toward funding tourism projects, including building a museum to showcase the ship’s wares, for the Ulleungdo Island.”