Does Your Watch have a Singing Bird? If Not, Take a Close-Up Look at the Jaquet Droz Bird Repeater (Video) 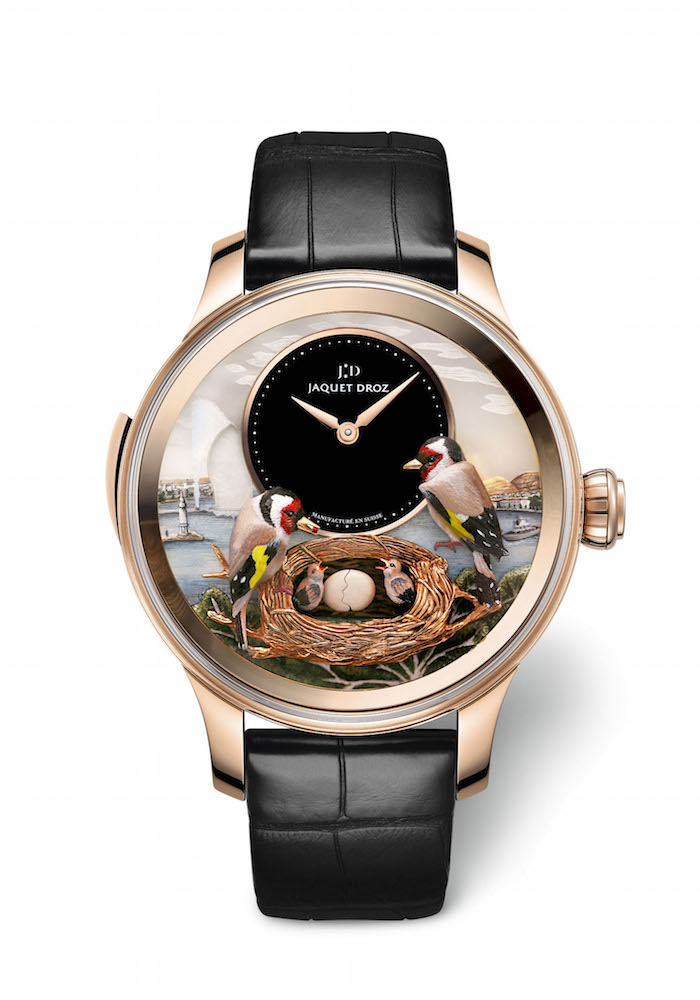 Haute horology is a deft blend of technical innovations, artistry and handcrafted workmanship. All of these feats come together in the alluring Jaquet Droz Bird Repeater Geneva—a watch that sits comfortably at the intersection of mechanical invention and art. The newest piece, like the others before it, honors Genève, where the brand’s namesake, Pierre Jaquet-Droz, opened his third workshop in 1784, and in so doing became the city’s first clock making manufacturer. This opening also introduced the city to watches featuring grand complications. For the Bird Repeater, Jaquet Droz not only brings birds to life and musical beauty, but also — using enamel, relief work and other techniques — decorates the background with historic Geneva land marks such as Lake Genève, the Jet d’Eau fountain and lighthouse. 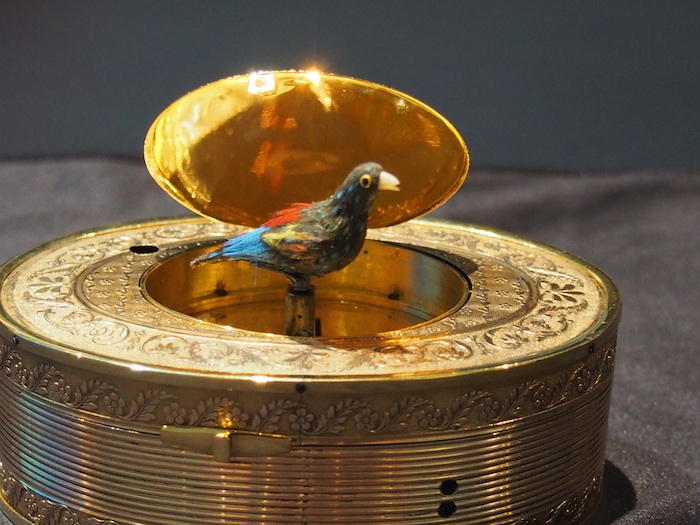 The Bird Repeater is a special piece that has been created in a different version each year. On each watch — main stage and front and center — are two large goldfinches watching over their two chicks and a hatching egg. The birds are all hand-sculpted from solid gold and brilliantly colored. The inspiration comes from the nature preserve island, Ile Roussau that sits in the middle of the Rhone. 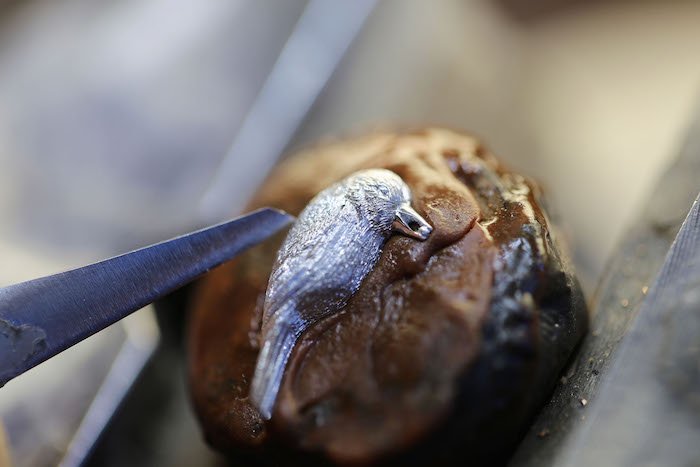 Each bird is hand carved in gold

In addition, to compliment the visual artistry and in keeping with Jaquet Droz’s history of mechanical animations, the Bird Repeater features eight separate automation actions, including the birds feeding their fledglings and spreading their wings, the flowing water, and a hatching egg. As far as actually telling time, Jaquet Droz has juxtaposed the ornate artistry of the face of the watch with a minimalist black onyx time-only dial that features gold hour and minute hands. The case is constructed of 18-karat 5N rose gold and sports a robust 47mm case. The 48-hour power reserve piece is powered by the RMA88 automatic movement, and only 8 will ever be produced. 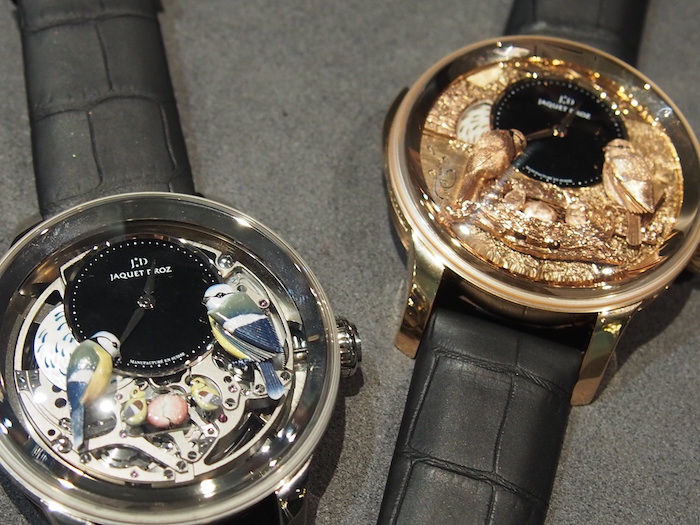 Below, you can watch a video taken by us in BaselWorld 2014 of the antique automaton snuff box with singing bird by Jaquet Droz that inspired the new Bird Repeater line.