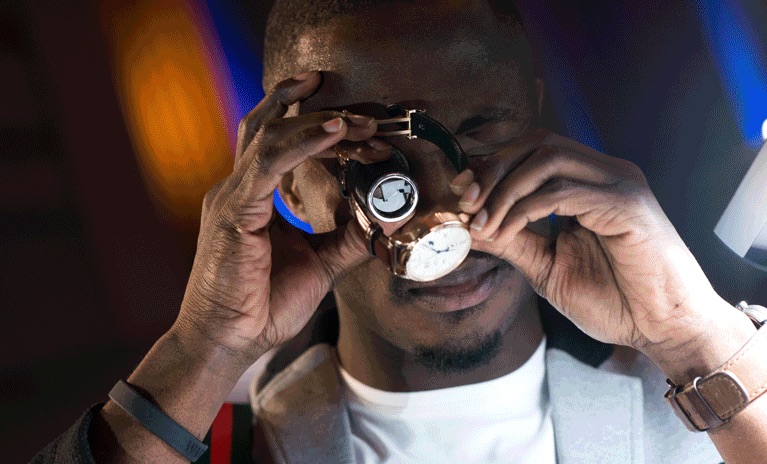 Later this month, on October 26 and 27th, WatchTime New York returns to Gotham Hall in New York City. The event is action packed, watch packed and informative … not to mention fun.  Each year, hundreds of watch collectors and enthusiasts from around the world converge on Gotham Hall for WatchTime New York — – now in its fourth year. The show, open to the public, is  presented by WatchTime Magazine and luxury lifestyle platform WatchAnish. Ticket holders get hands-on access to the latest luxury watches (some unveiled for the very first time in North America at the show), as well as a chance to meet the star designers and leaders of the watchmaking world.

For those interested in attending the much-loved VIP cocktail event on Friday the 26th, you will be glad you did. The typically sold-out event witnesses watchmakers, CEOs and collectors  all mingle before the next day’s watch showings and panel discussions. This year, there are 30 brands exhibiting, including   Omega, Breguet, MB&F, Greubel Forsey, Bovet, Vacheron Constantin, Zenith, and G-Shock. 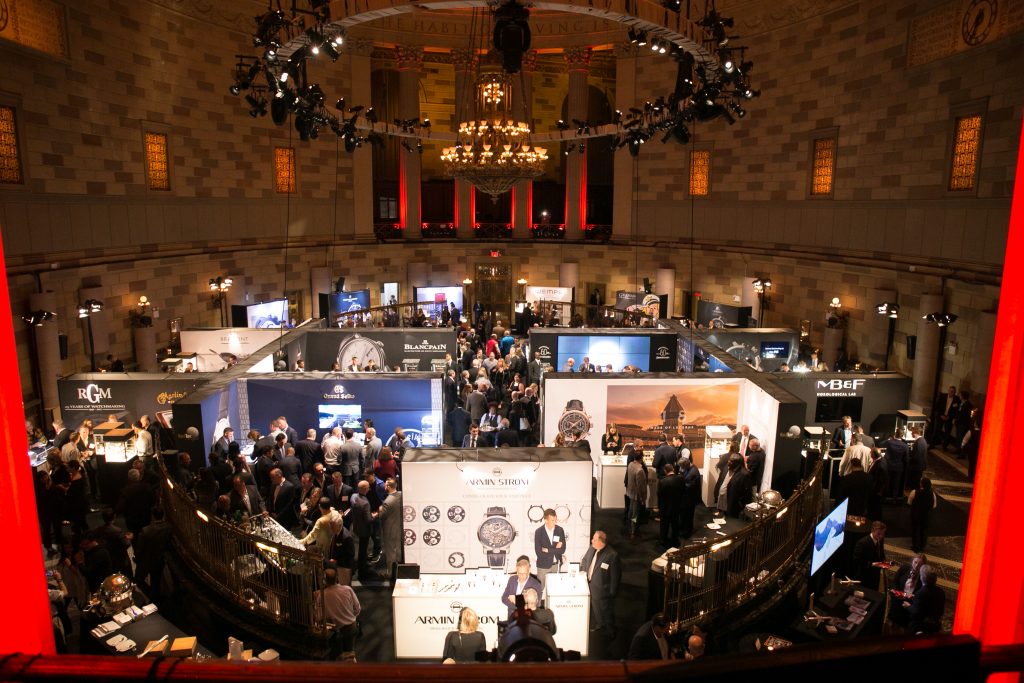 While you can purchase a Saturday-only ticket, the Friday admission also includes all-day access on Saturday, October 27th from 11 a.m. to 5 p.m, wherein a full slate of educational events, tours, and more take place. Saturday will open with a Q&A panel of Independent Watchmaking Stars at 10:30 a.m., highlighting watch designers who are revitalizing the art of horology with their artistic and engineering genius. That discussion is followed by a collector tour, and later a  panel of watch industry experts offer their perspectives on the dynamics of the industry, from the changes at Baselworld to the future of traditional watchmaking with special insights from brand leaders, retailers, and journalists. WatchTime New York 2018 will wind down at 4:00 p.m. with a Q&A panel sponsored by Gear Patrol and led by WatchTime’s own Logan Baker, leading a discussion on American micro-watch brands. To register, visit www.watchtimenewyork.com.

In the meantime, here are a few highlights to whet the appetite:

In an exclusive global launch at WatchTime New York, renowned engineer and watch designer Romain Gauthier will present his Romain Gauthier Insight Micro-Rotor Natural Titanium timepiece. This oven-fired, black enamel watch’s signature feature is its bidirectional 22-karat gold micro-rotor, which is visible both from the dial side and from the back.

American watch brand RGM will debut its William Penn Model to the public for the first time at WatchTime New York in a 10-piece limited edition with a new old-stock case (Swiss-made), American-made dial, and hands.

Czapek & Cie debuts its first-ever chronograph, the Faubourg de Cracovie Dioné & Rhea. The newly revitalized brand, which once catered to Parisian greats like Napoleon III, brings its third collection to Gotham Hall for all to see.

Bremont’s new  U-2/51-JET watch, worn by Tom Hardy in his upcoming film “Venom” that opens in theaters this October, will be there for hands-on looks at the black-on-black watch.

Glashütte Original’s Senator Cosmopolite comes to New York with its impressive 36-time-zone display that has won the German brand major accolades, redesigned with a new dial layout and stainless-steel case for 2018.

Montblanc will exhibit its limited-edition, green-dialed version of the Montblanc 1858 Monopusher Chronograph, a timepiece that perfectly suits the current mania for vintage-revival style.

And so much more….. I will be in attendance, as well, and look forward to seeing you there.