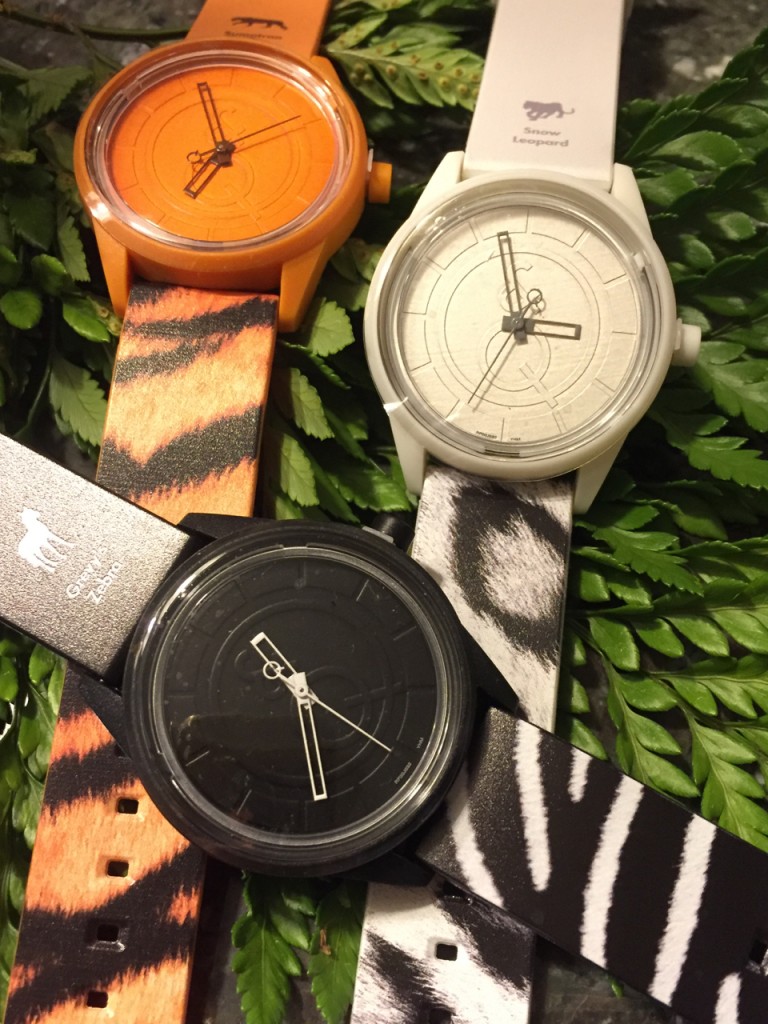 Today is Earth Day, and while there are a lot of watch brands inspired to help save the Earth, we thought it was a good opportunity to present incredibly affordable watches that are solar powered instead of battery powered and that have a couple of charitable sides. Inspired by exotic endangered species, Q&Q debuts the Smile Solar Collection in collaboration with Red List. These cost-efficient, colorful watches feature prints of some of the world’s most exotic endangered species including the Nigerian Giraffe, Snow Leopard, Philippine Crocodile, Grevy’s Zebra, Sumatran Tiger, Green Peafowl, and the Burmese Python.

The collection embodies the core values of fun, progressiveness, and philanthropy. For each watch sold, a portion of the proceeds will be donated to the International Union for Conservation of Nature (IUCN) a global organization comprised of national, governmental, and non-governmental agencies for protecting nature. 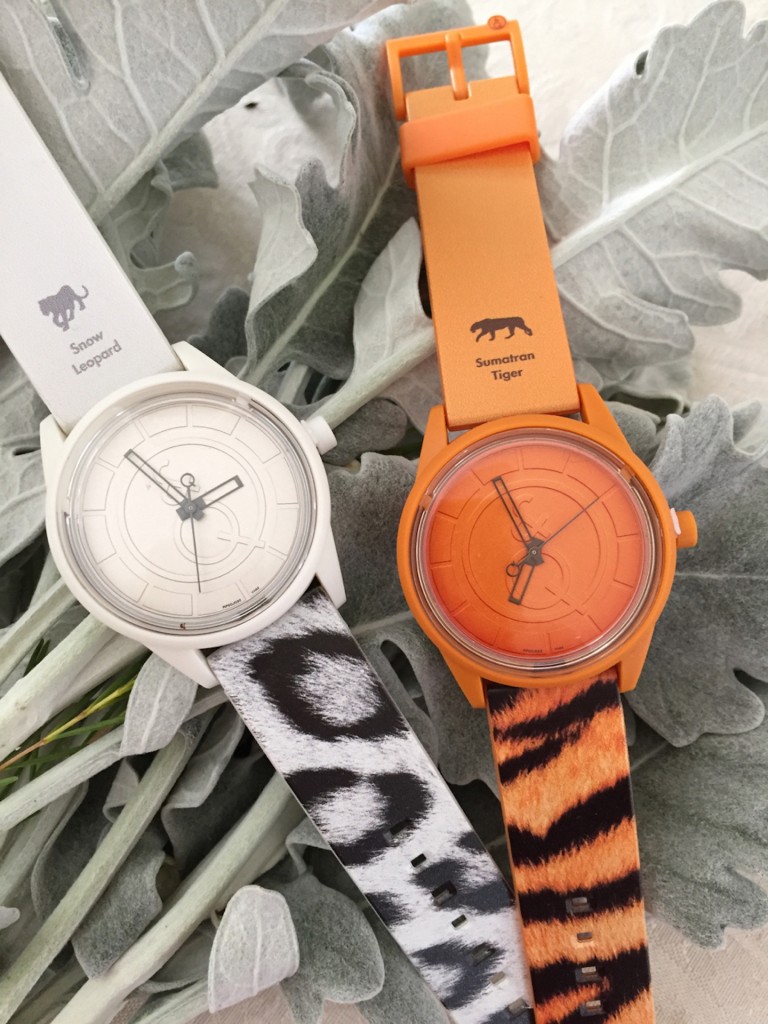 The watches are also made of eco-friendly materials. (photo:R. Naas/ATimelyPerspective)

The collection, designed to benefit threatened animals and plant species, retails at $50 a watch. Each purchase will support the conservation program of that endangered species. The watches, which are expertly crafted using new and recycled materials are also equipped with a solar-powered system. The system, which is maintenance free and requires no battery change, keeps the watches operational up to 3.5 months after a single charge. From its accessible price point to its eco-friendly functionality these vibrant products strive to bring time for everyone while doing good for the natural world.

Some of the most vivid pieces in the line include the Tiger, Snow Leopard and Zebra watches.

Sumatran Tigers are the smallest tiger subspecies in the world, distinguished by their heavy black stripes. Classified as “Critically Endangered” by the IUCN Red List, there are as few as 400 left in the wild today. The species inhabits rainforest patches on the Island of Sumatra, but rapid deforestation and rampant poaching threatens their livelihood. 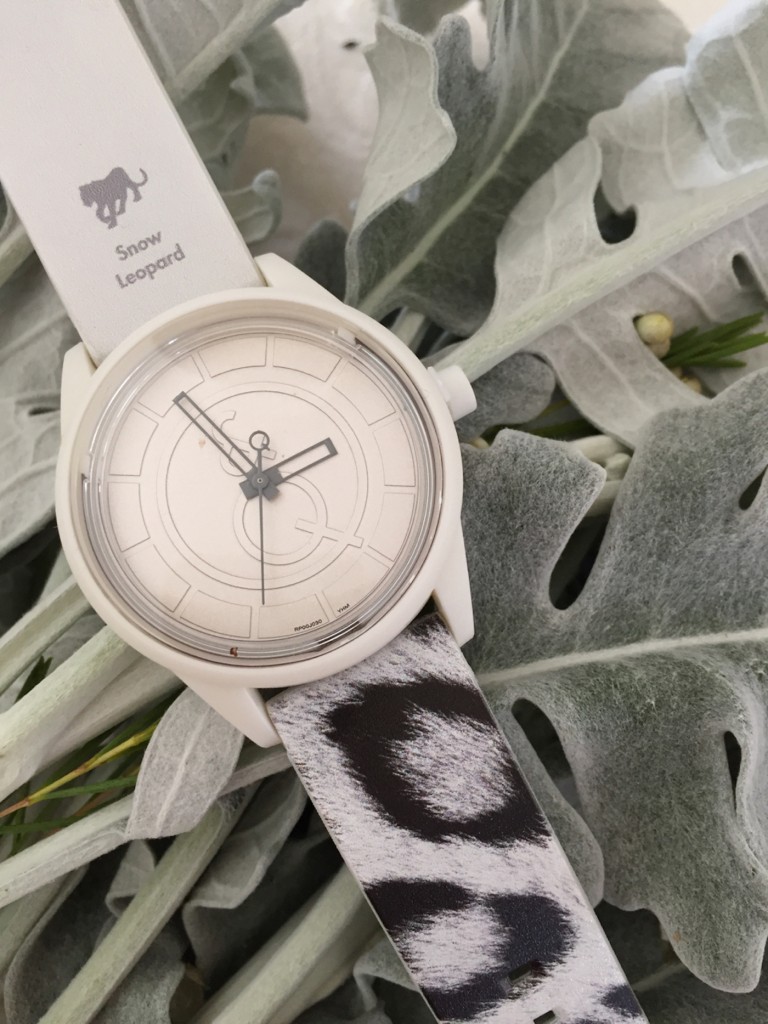 For each watch sold, a portion of the proceeds will be donated to the International Union for Conservation of Nature (IUCN) a global organization comprised of national, governmental, and non-governmental agencies for protecting nature

Snow Leopards are able survive in some of the harshest conditions on earth. Their white-grey coat featuring large black rosettes blend seamlessly with the mountains of central Asia. The species is classified as “Endangered” by the Red List in part due to the decline of their large mammal prey, although vanishing habitat and illegal poaching also play an important role.

Grevy’s Zebras are the largest and most threatened of the zebra species. Confined to the horn of Africa, the species has declined by more than 50% and is listed as “Endangered” on the IUCN Red List. Commercial poaching and habitat loss present major threats to the species. In addition, there has been a significant decline to the population in Kenya due to disease and drought.