GO Sixties! Glashutte Original Makes Link Between Past and Present with Sixties Watches

Sixties Panorama Date with historic Glashütte watch from the 1960s

This year, 2015, marks the 25th anniversary of a number of historically significant events. Twenty five years ago, the world world was introduced to Macaulay Culkin and for the first time really understood what it meant to be Home Alone; Will Smith got into one little fight and moved to California to become the Prince of Bel Air and — on a much more serious note, the world saw the reunification of East and West Germany. The historic significance of the union abounds from an economic, global and social perspective.

In terms of horology, fans and lovers of watchmaking are particularly blessed with the birth/rebirth of the great German watch  brands, including Glashutte Original.

In 2007, as a tribute to the watches produced by state-owned forerunner to Glashutte Original, VEB Glashütter Uhrenbetriebe during the aforementioned era, the brand released the Sixties line. The pieces are referred to as being retro-modern and the line is inspired by the Spezimatic watches popular at the time. The aesthetics of the watch exude the energy, hipness and style-defining elements the period is known for. The inspirations are evident, as can be seen in the current special exhibition at the German Watch Museum Glashütte.

The current line, which has become a favorite of watch lovers, offers two options — steel or rose gold cases  — and three dial options: midnight blue, black or silver with or without the Panorama date. With the date the case measures 42mm and without, 39mm. The domed dials have been galvanized and feature a sunburst decoration  done in manufacturers dial manufactory.  Around the dial the 3, 6, 9, and 12 are done in a stylized Arabic font and are striking. The hour and minute hands are slightly domed and along with the second hand, have been given Super-Luminova highlights to help increase legibility in low light scenarios. The watches are a great link between the brand’s past and its present. 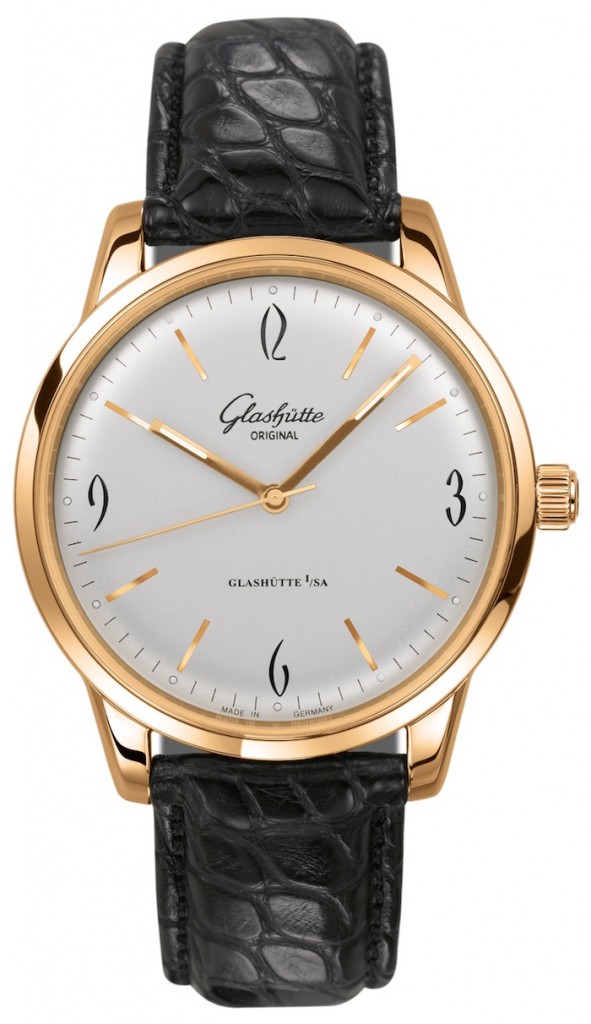 For watch lovers who happen to be in Glashutte Germany, there is currently a special exhibition “Glashütte in the GDR Era. Watch production from 1951 to 1990″ running until November 1, 2015. Along with a number of historically significant German watches, the watch that inspired this  line is on display. As stated earlier, the Spezimatic models, roughly translated as special automatic, were among the most popular of the time due to them being, well, automatic. 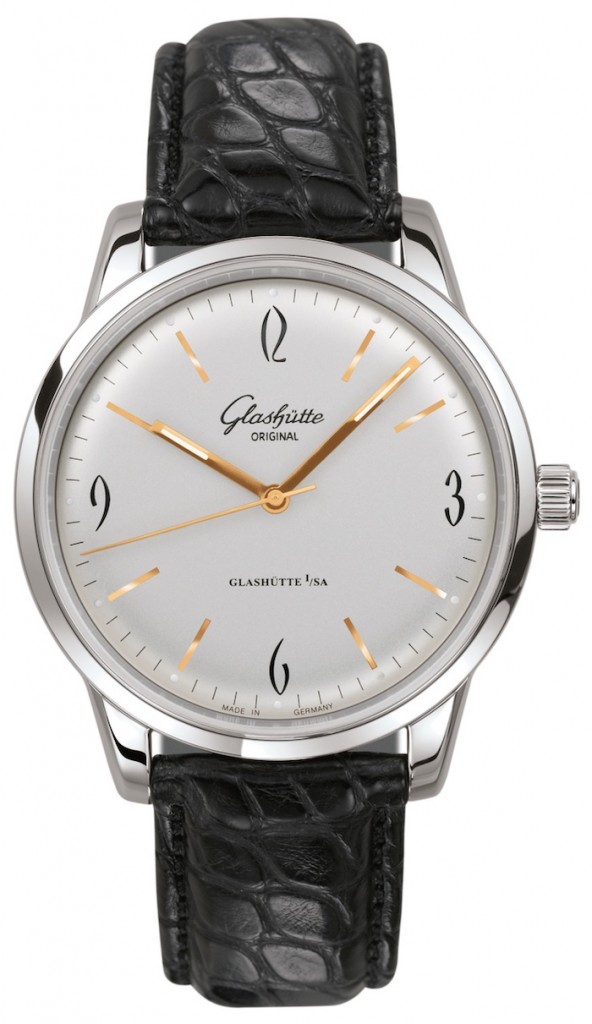