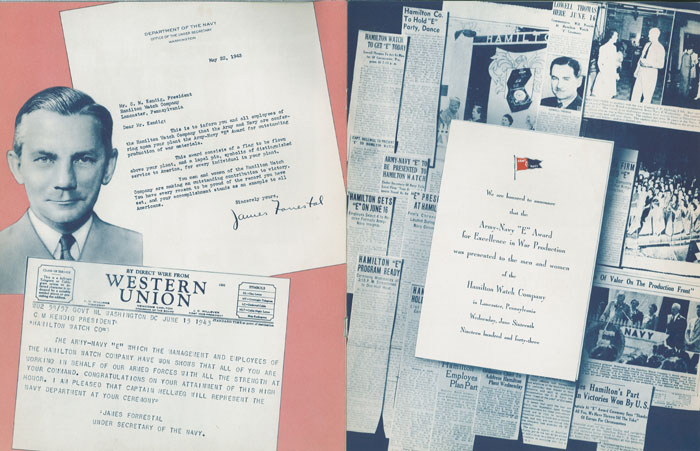 Hamilton was honored with the Army-Navy E Award in 1943.

With today being Memorial Day –a time when we Americans honor those who fought and died in service – it seems a fitting time to take a look at the one American-made watch brand that officially equipped the US Armed Forces: Hamilton. This brand not only supplied watches to the armed forces, but also suspended sales to end consumers in order to carry out its mission, and won awards for its contributions. 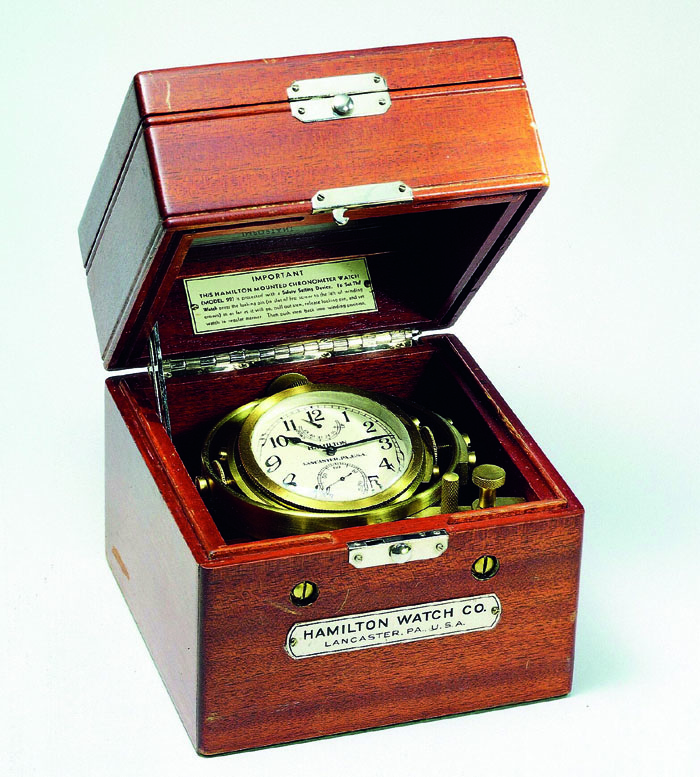 Founded in 1892 in Lancaster, PA, Hamilton was destined to become a stellar watch brand. By 1914, it had earned such a strong reputation for its well-made timepieces that the brand was named supplier to the US Armed Forces. Decades later, during WWII, taking its role seriously, Hamilton ceased production of watches for consumers so it could fulfill the huge task of delivering 1 million timepieces to the army and navy. 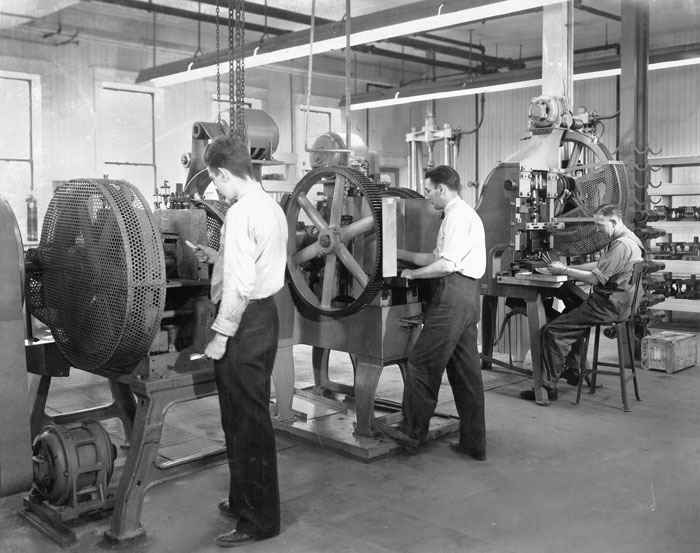 Also during this time, the brand developed and produced the first Hamilton Marine Chronometers for the Navy. These watches became a vital piece of equipment used to calculate longitude and plot location and direction – especially since radio signals could be intercepted and falsified by the enemy. During the war, Hamilton produced nearly 11,000 marine chronometers that met the government’s strict standards for accuracy and reliability. 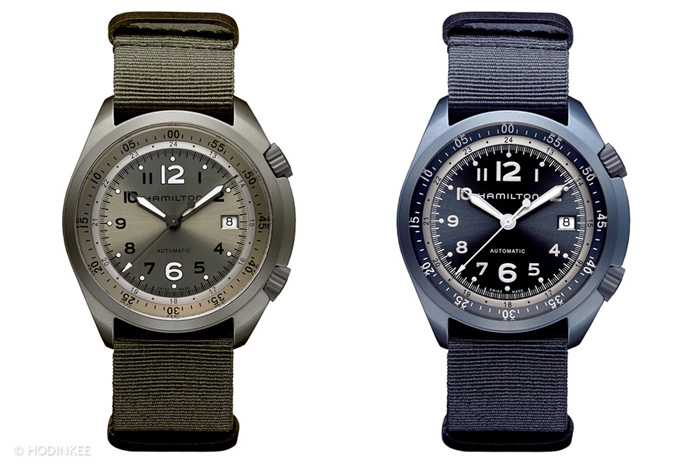 The current Hamilton Khaki Pilot Pioneer Aluminum is light weight yet rugged thanks to a special hardening treatment that also enables it to be color treated. Four versions are offered.

Because Hamilton managed to develop and produce all the necessary timepieces in just about one year’s time, the company was honored in 1943 with a US Army-Navy “E” award – presented for excellence in the production of military equipment. Just under a decade later, in 1951, Hamilton watches starred in the true movie The Frogmen that portrayed US navel divers during WWII. Today the brand has been relocated to Switzerland, where it continues to produce top-quality Khaki Navy, field and pilot watches.