Hands On with Corum’s Round Golden Bridge Watches 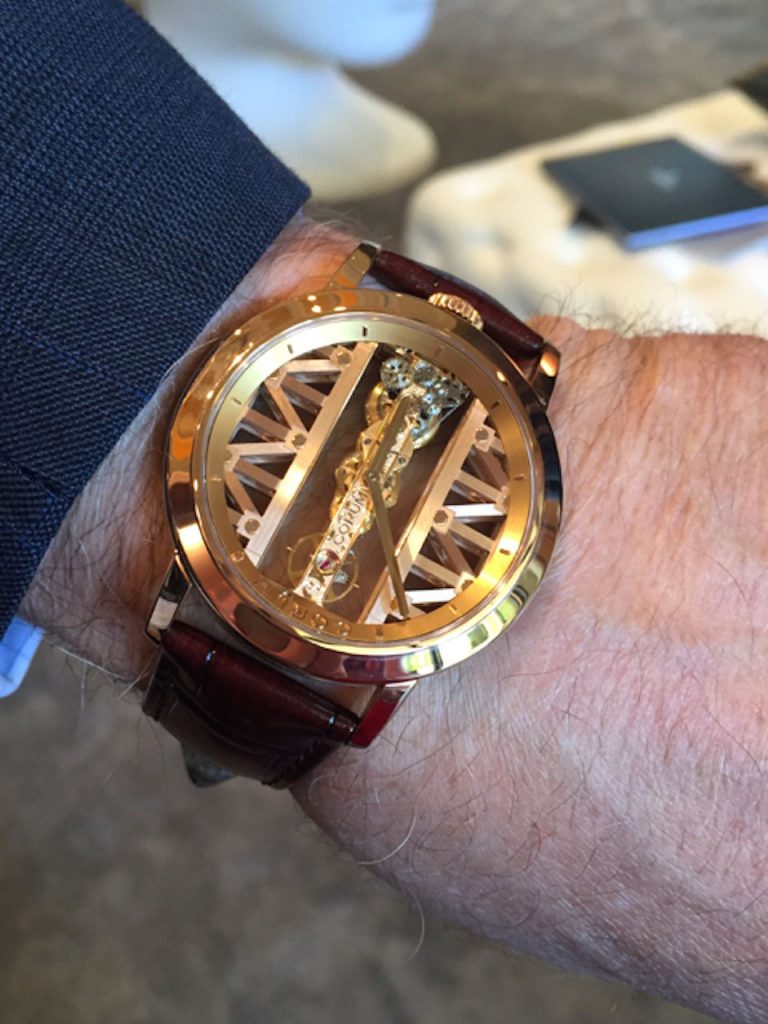 This year at Baselworld, Corum made a big announcement. The brand unveiled its first ever Golden Bridge watch in a round format. This is huge news, but we were waiting to cover it until we could actually get our hands on the watch.

The timepieces are a refreshing rendition of the original rectangular shaped Golden Bridge (which continues to be produced).  The concept, though, was to make the watch more accessible to the many watch lovers out there who prefer a round watch.

The Golden Bridge portion of the watch, wherein the entire movement is linear and visible via the sapphire crystal and casebook, remains in the very center in its signature vertical format. However, to the left and right sides of it, a modular system — inspired by the famed Golden Gate Bridge in San Francisco — offers dramatic geometric appeal. The 43mm watch is a prime example of technical prowess and architectural influence.

Various renditions of the watch are being created, including a solid 18-karat rose gold version ($41,700) all the way to a fully diamond-adorned masterpiece. Additionally, execs at Corum note that by utilizing the round case, the Golden Gate Bridge motif can be swapped out, leaving room for a host of very creative new artistic designs moving forward. 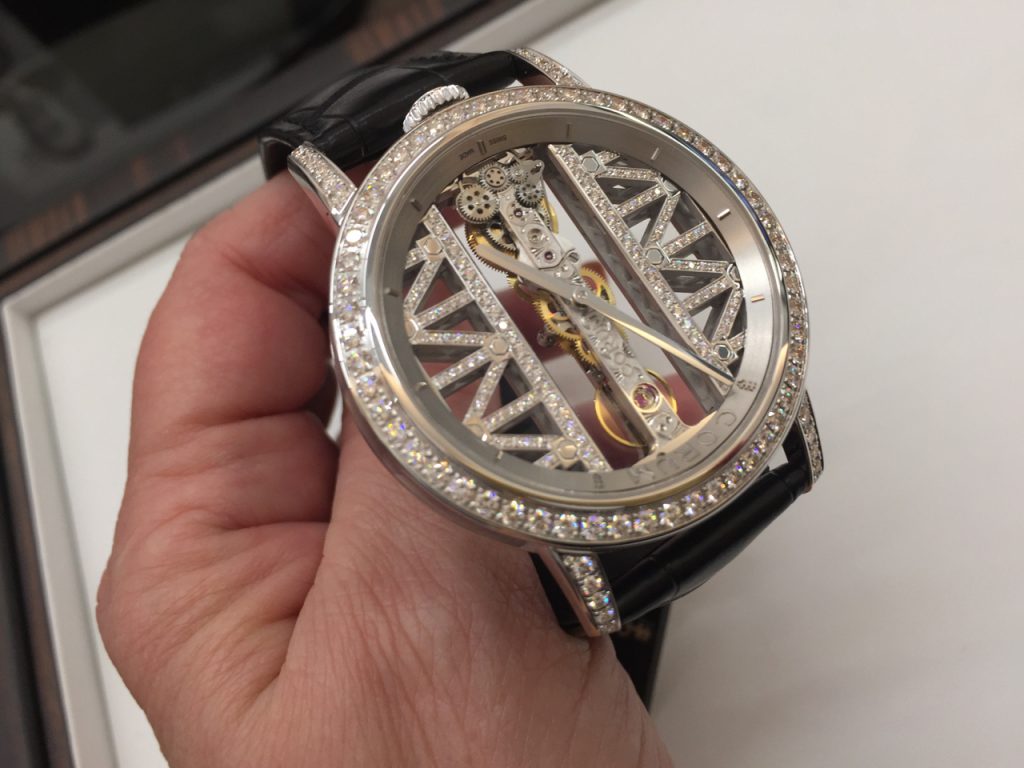 The Corum Round Golden Bridge watch is offered in a host of versions, including an all-diamond-set model. (Photo: R. Naas)