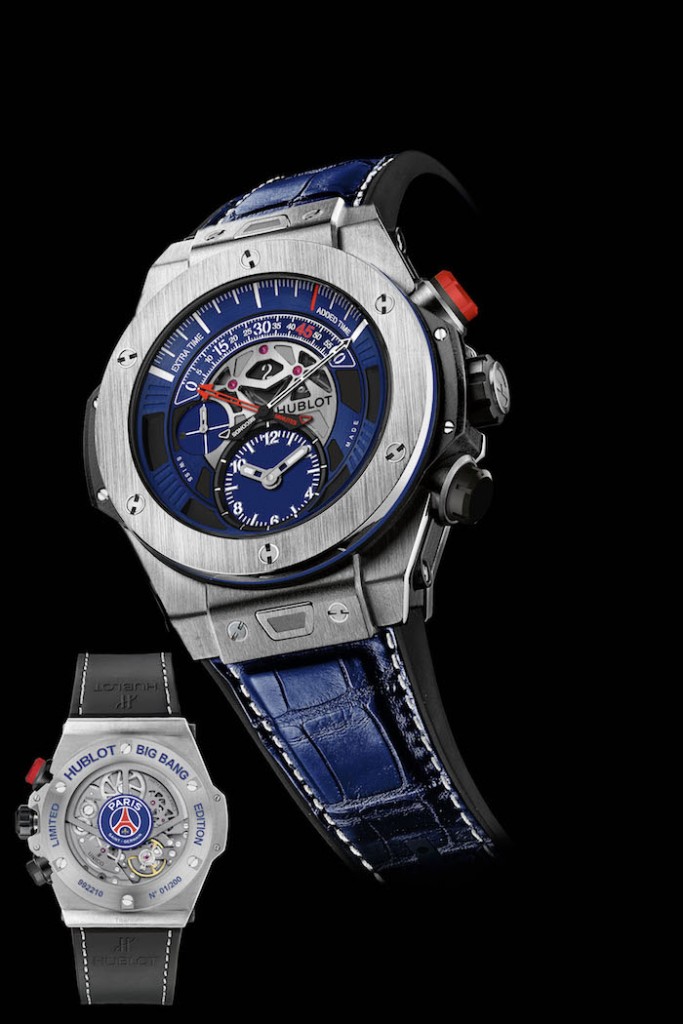 Anyone who knows New York, knows that it is not just one of the greatest cosmopolitan cities in the world, but also that it is the place to be for big announcements. On Thursday night – at the Loft & Garden on the rooftop of the Rockefeller Center building, Hublot made multiple big announcements.

In fact, not only did the brand bring in the players from the Paris Saint-Germain soccer club to help unveil the new Official limited edition watch, but it also had Giants’ NFL player Victor Cruz on hand to help unveil the watch.  Helping to MC the event was former New York Giant quarterback and newly minted Good Morning America special correspondent, Jesse Palmer –a “friend” of the brand. 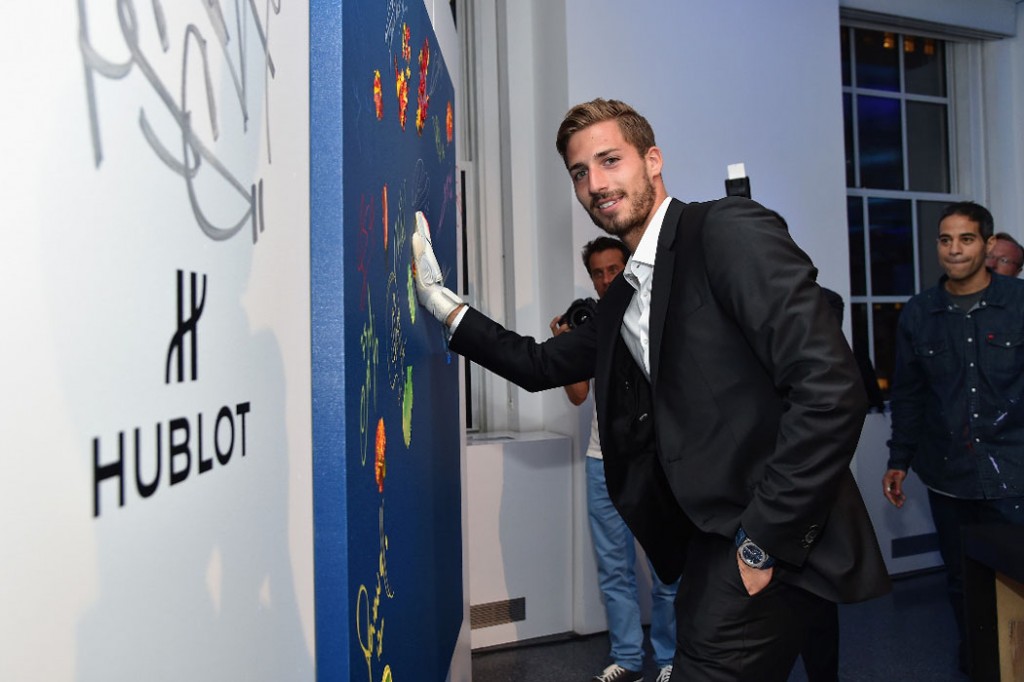 Making its world debut, the new Official watch of the team, the Big Bang Unico Bi-Retrograde Paris Saint-Germain watch was presented. Created in a limited edition of 100 pieces, the 45.5mm titanium watch is all about bold, beauty and brawn. It is the second timepiece Hublot has made with the French team and features the Paris Saint-Germain logo on the sapphire crystal caseback. But the front of the watch – and the inside – is where the magic happens.

The watch is powered by the in-house-made Hublot self-winding UNICO movement. The 385-part caliber features a bi-retrograde caliber, designed to time two halves of a soccer match, and is equipped with a column wheel chronograph. The watch is water resistant to 100 meters thanks to the composite resin crown and pushers (with red accents). The watch is inspired by the team’s colors: red, white and blue – complete with a metallic blue multi-layer dial and red and white retrograde hands. 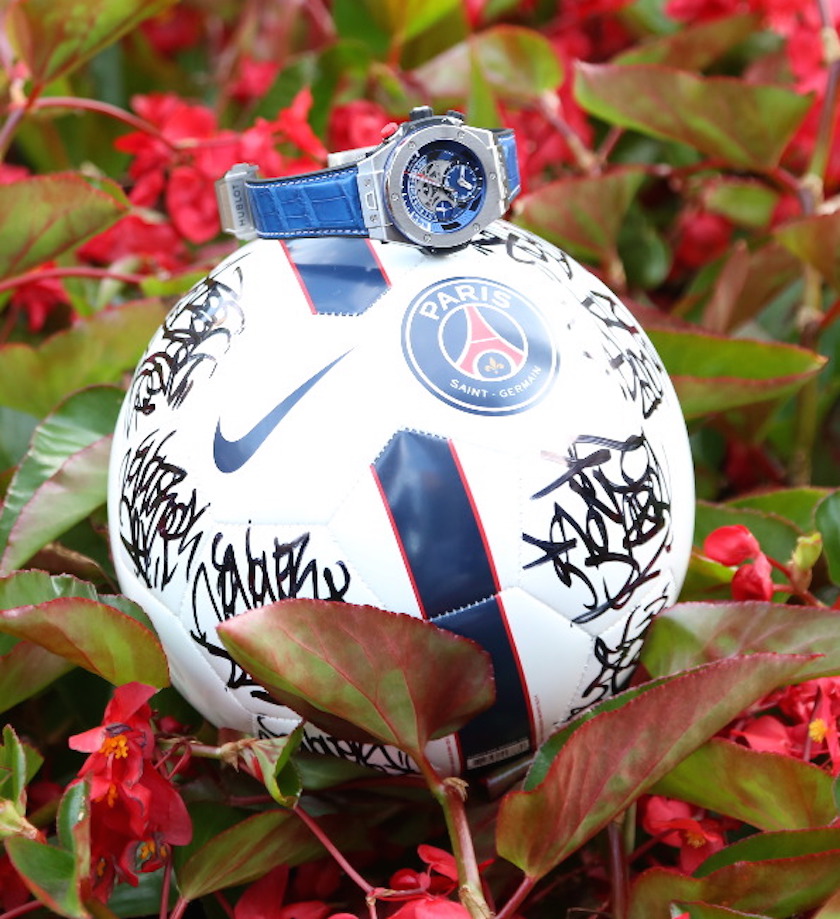 The watch times two halves of a soccer match

Hublot’s USA Managing Director, Jean-Francois Sberro hosted an incredible night of French cuisine (with famed Chef Dominique Ansel – inventor of the cronut – creating the evening’s pastries) and French Art, with renowned painter JonOne demonstrating his art. He even helped the Team players enact their own artistic designs on a canvas – including putting their hands in paint – and signing the masterpiece that will be auctioned off to raise money for the Club’s charity: Fondation Paris Saint-Germain that helps underprivileged children experience life.

It was all topped with amazing views from event – where one could see up and down Fifth Avenue from Saint Patrick’s Cathedral across the street, on up. 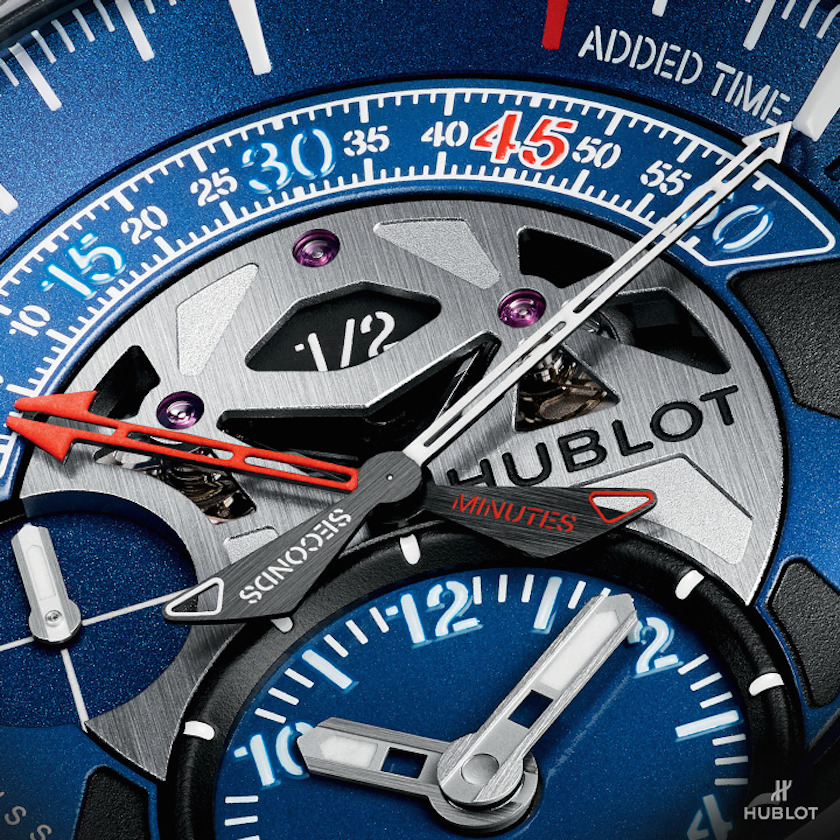