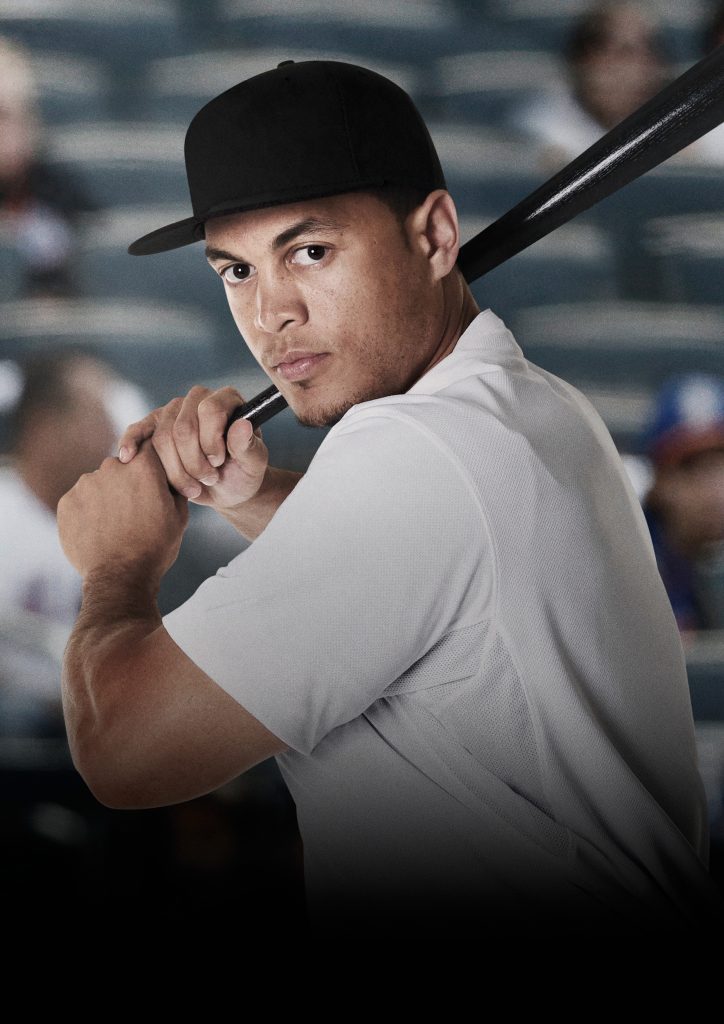 Recently, I joined TAG Heuer on a trip to Miami for a host of events. Not only did I get to join the brand in its celebration of 100 Years of Innovation (with its involvement in auto racing and with the anniversary of the Carrera), but also I got to take in a Miami Marlins baseball game in the enclosed stadium and I got to spend some quality time talking with Miami Marlins right fielder Giancarlo Stanton. A TAG Heuer brand ambassador, Stanton’s reputation is varied. He has been called “injury prone,” as well as being called a modern day “superman.”

In fact, Stanton does seem to be accident- or injury prone. It was recently announced that the Marlins lead hitter (with 25 home runs and 70 RBI thus far in the season) is out for the year due to an injury. He’s had several of those over the years.

When I asked him if he was injury prone, he smiled a little, then said, “I feel like I have been. I have had some very fluke things happen in recent years, but yes I guess so. I don’t think there is anything I can do to change that. Maybe I could train a little differently or do things differently, but the pas couple of accidents couldn’t have been avoided by training – they were just that, accidents.”  It’s fair to note that this conversation was before he was injured for this year’s season. It is the third consecutive season he has been unable to finish.

Cool, calm and seemingly easy going, the 26-year-old Stanton packs so much power in his swing that he not only breaks bats, but also breaks records. He is the hardest hitter in major league baseball, according to SportsVision. His record is an exit velocity of 123.9 mph, and he has one of the fastest speeds off the bat (119.8). He is also on record as having the richest contract in sports history, worth over $325million over 13 years (that contract was signed with the Marlins in November 2014). And then there is that reference to him as a real-life Superman (due to the speed and force of his hits, and the distance the ball travels). So, I asked a few questions about his abilities. 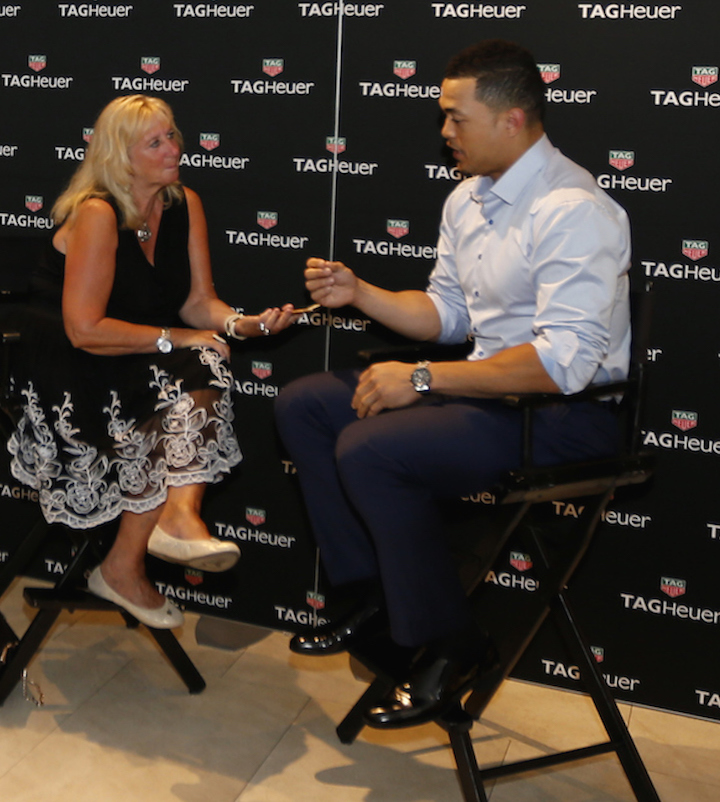 Q: How does it feel to be referred to as super human?

GST: “It’s pretty cool. I’ve been called a lot of things, but I think it’s fun to be referred to that way. It is great that I can represent myself that way and that people enjoy what I do. Hitting the ball hard and fast is normal to me. I have to go outside the box and look at me from an outer perspective to view my abilities. When I look at it from the baseball fan’s perspective, it is amazing. They have been tracking these numbers for years and it’s cool that I can come in and break a record. I enjoy it and I look forward to more.”

Q: Do you put something extra into your swing? Or your coffee?

GST: “I owe it to my workouts, to my core strength, and to hitting in a very unique way. You don’t have to be super muscular or fit to be a great hitter, you just have to develop your own fit.”

Q: What has been the biggest challenge for you?

GST: “I hit a big wall before I got to the big leagues. I had just committed to baseball and it was a really hard time for me because I never really dealt with failure before. I was doing fine, but I was not really advancing. I had to sit back and talk with people who made it and with people who didn’t make it. I had to realize that if you are going to commit to something, you have to do all these steps that make you better. You have to reach out for help. Some people are going to be wrong and you have to filter out what you need in order to get back on track. It took me some time to do that, but once I did, I got on track fast. I never really second guessed my first choice, but I had to go through this process in order to grow.”

Q: What advice would you give to kids today?

GST: “Get away from those video games. Luckily I never got fully into them because they will suck you in. Get outside and play; don’t be glued to the phones or computers. We are starting to become a lazier society and I think kids should be outside; keep the iPads for long car rides. If you are committed and want to play a sport, give it your all; don’t just go out for an hour. Get outside and practice and be fully committed.” 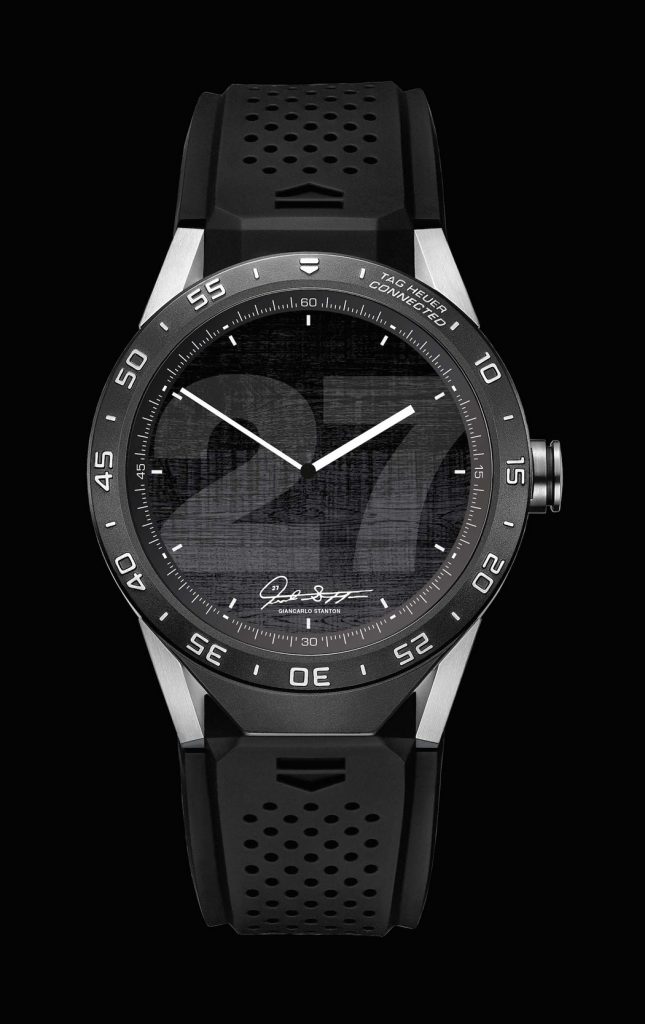 Stanton helped design a TAG Heuer Connected watch, but he advises kids of today to go outside and play and leave the phones and computers for long car rides.

GST: “I over analyze everything before I make a decision. It may not be quick but when I make it, I move forward fully committed and don’t second guess, I don’t regret it. I don’t think too many people are as methodical and direct as me. I try to learn from everyone, to pick up conversations and take something away from everything. I also don’t like to dwell on things in the past; it’s hard not to, but you have to move forward.”

Q: Is there one thing you insist on in your life?

GST: “I think you should always be where you are supposed to. If you say you are going to do something, do it. People notice these things. It is about respecting people and time.”

Stanton said he is happy being a part of TAG Heuer’s “Don’t crack under pressure” campaign because he feels the pressure every time he is up at bat. He also noted that he respects the brand’s constant quest to do more and do better—it is what he stands for, as well. As to if he has ever cracked under pressure, he says yes. “I have. Everyone has, and that’s what builds you up. You learn from it, and that helps in the big moments.” 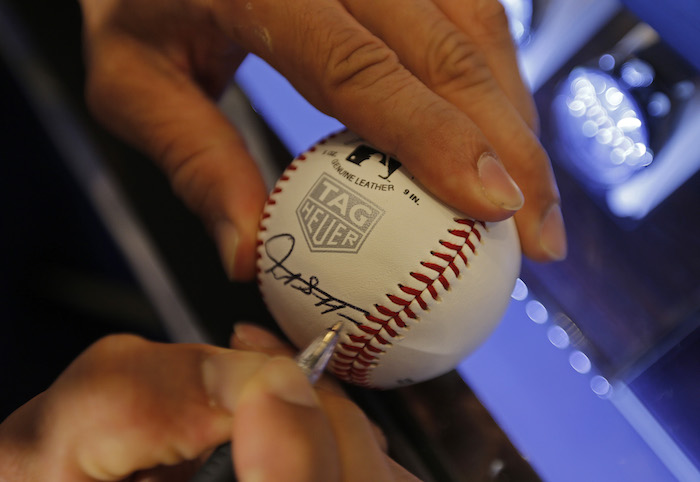 Stanton autographed baseballs at the TAG Heuer event for a host of guests .