Introducing the Corum Bubble Big Magical Djibril Watch Made With Djibril Cisse, AKA ‘The Lion’ 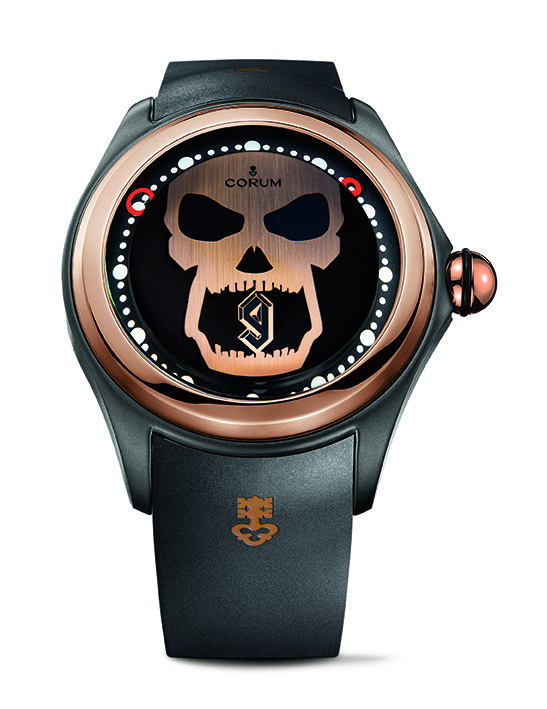 Those who know Corum well may be followers of the brand’s pretty upbeat new Bubble collection of watches — with some often done in collaboration with artists and other noteworthy friends of the brand.  Such is the case with the newest Bubble watch. For this creation, the brand joins forces with former soccer great, author and DJ,  Djibril Cisse’, known as “The Lion.”  The new 52mm Corum Bubble Big Magical Djibril watch is offered in two limited-edition versions and features a stylized gold skull on the black dial.

Already a watch collector and owner of a Corum Bubble, “The Lion” wanted a daring watch with a skull designed exclusively  for him by Corum.  The new watch features the number “9” — the number Djibril’s  striker jersey —  visible on the skull’s jawbone. Devoid of hands, the gold skull can occupy almost the entire dial. Time is displayed via an off-center hour display called “Magical” that is on the flange. It features a complete timer and two red circles sweep over it, with the biggest one indicating the hours and the smaller one showcasing the minutes. 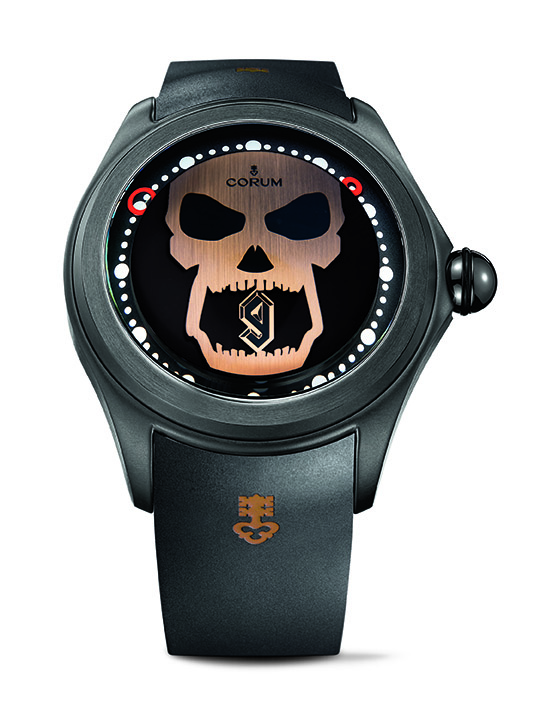 The two versions of the watch — with case made of Grade 5 titanium with black PVD treatment  — include one with a black PVD treated titanium bezel and crown, and one with a 5N 18-karat rose gold bezel and crown. Each is made in a limited edition of 88 pieces, but the first piece in the all-black version is The Lion’s.  The watches are powered by an automatic caliber with 65 hours of power reserve. Each watch features an anti-reflective sapphire crystal and is water resistant to 10ATM. The all-black version retails for $6,450.

The Parntership between Corum and The Lion 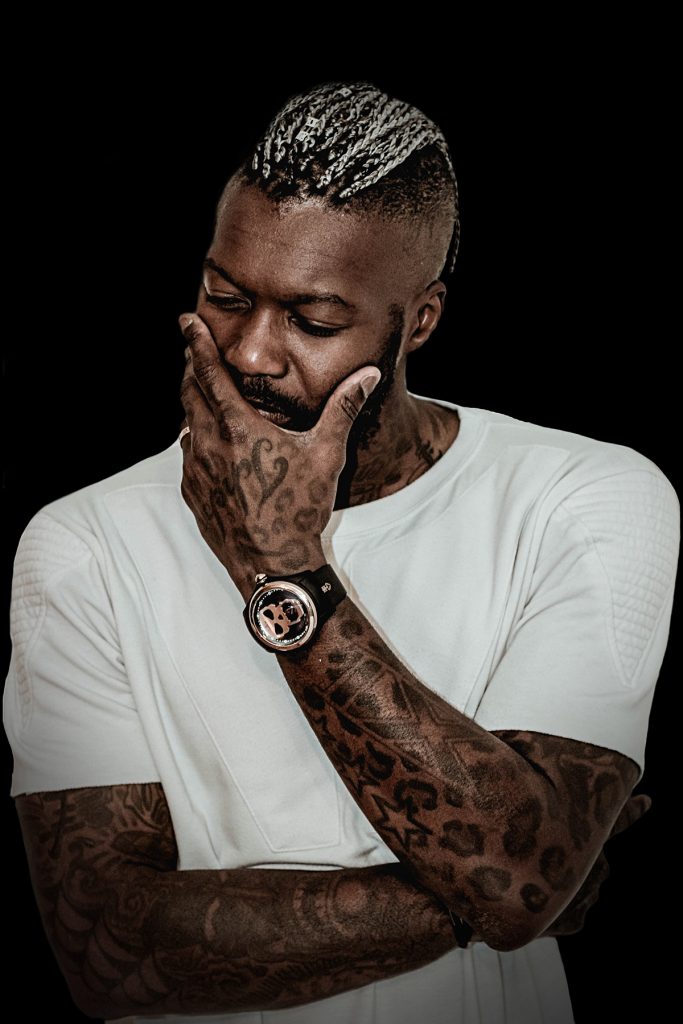 “I knew that he was a collector with a very sophisticated taste. He wanted to get in touch with us and, at the same time, so did we. So, we met up in Lausanne, with the shared desire to create something together,” says Jérôme Biard, CEO of Corum, about teaming with Cisse’.

“Djibril Cissé already had a Bubble, a personal piece that he regularly wears. Therefore, the Bubble 52 immediately became the starting point for creating his own model. The idea was to create a subtle nod to his outstanding career as a footballer – but that’s not all. With several films to his name, a book, two solo albums, television appearances, a DJ career, his own clothing brand and many other collaborations, Djibril Cissé is a ‘serial entrepreneur’, an all round artist with overflowing creativity.”