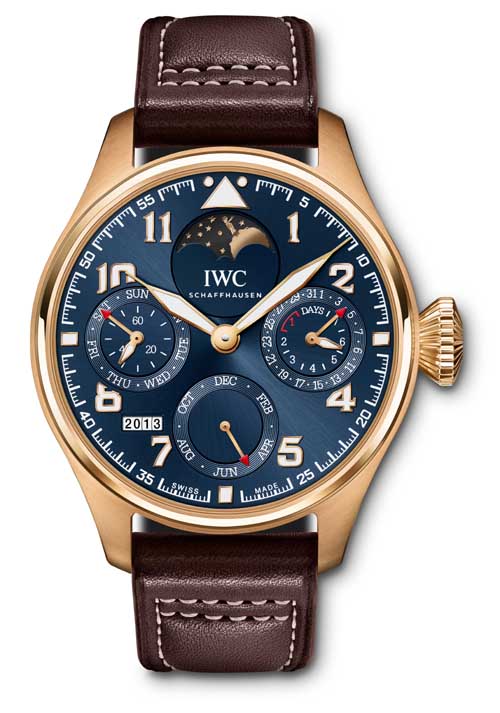 It may seem an unlikely collaboration at first glance – IWC and the Fondation Antoine de Saint Exupery. But on closer examination – it was a relationship destined to happen.  Antoine DE Saint Exupery – author of famed existentialist book, “The Little Prince”, as well as other books, trained as a pilot and flew mail from France to Spain, Morocco and South America. An ardent traveler and a true man’s man, he also flew with the Americans during WWII before going missing on July 31, 1944 during a reconnaissance mission over the Mediterranean.  While in America, he wrote a portion of The Little Prince while sitting in the loft of today’s La Grenouille restaurant in New York. 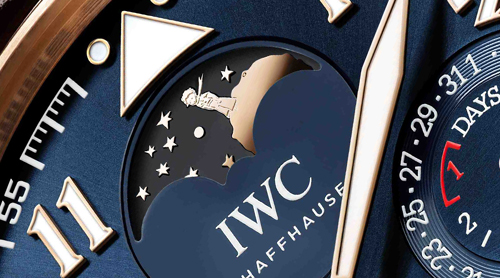 Close up view of the moonphase with the Little Prince on it.

His years as a pilot and his insights into a troubled world below made him a great fit for IWC – the brand renowned for its pilot watches.  The relationship was originally struck up several years ago, but this year, as the Foundation celebrates its 70th anniversary, IWC comes out in full support with a series of limited edition watches dedicated to the man and The Little Prince. 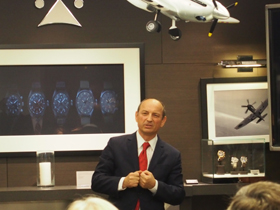 IWC unveiled the watches in its boutique last week, with Olivier d’Agay, Exupery’s great nephew, reading a passage from the book before the watches were shown. The timepieces made in tribute: the Pilot’s Watch Mark XVII Edition “Le Petit Prince”(made in a LE of 1,000 pieces) with date and three-hand time on a blue dial and an engraving on the caseback of the Little Prince;  the Big Pilot’s Watch 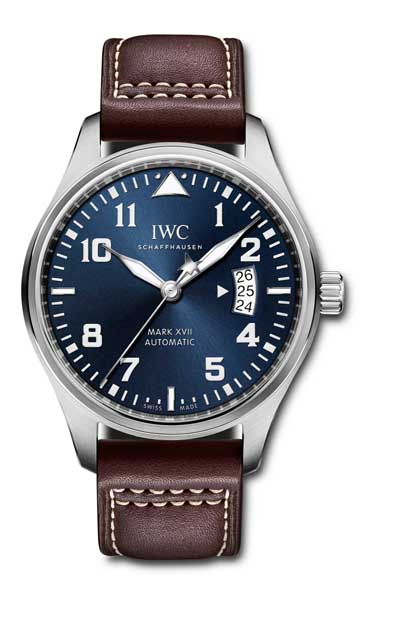 Perpetual Calendar Edition “Le Petit Prince” (made in a LE of 270 pieces). It houses the IWC-made 51613 caliber with Pellaton automatic winding and seven days of power reserve. It features a classical moonphase display.  In the moonphase, on the moon, one can see a gold figure of the   “Little Prince.” 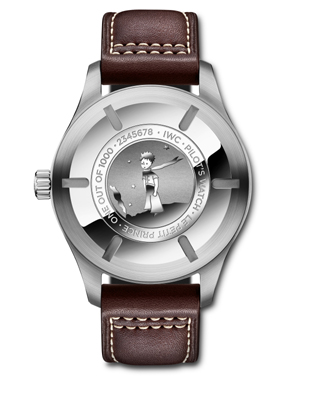 The back of the Pilot’s Watch Mark XVII Edition ”Le Petit Prince.”

Proceeds from sales of these models will benefit the Antoine de Saint-Exupéry Youth Foundation, which battles illiteracy by helping to build schools around the globe.