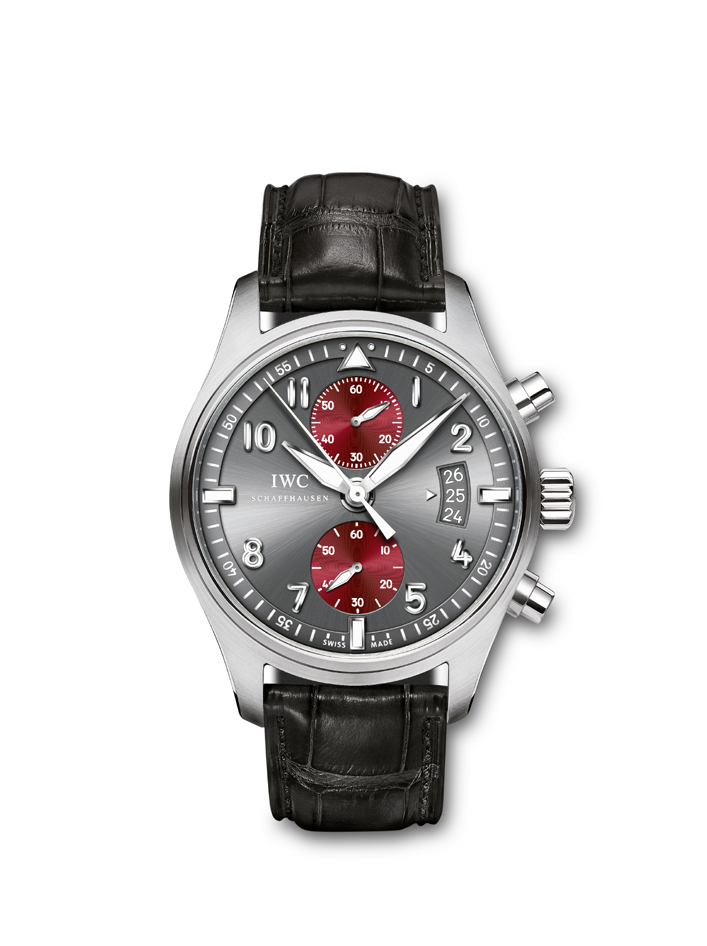 With the 2014 Tribeca Film Festival upon us, IWC announces its impressive role for the second year in a row as the Official Festival-Time Partner. The brand has even created a limited edition watch in honor of its partnership with this grand NY event.  The IWC Pilot Watch Spitfire Chronograph “Tribeca Film Festival 2014” – created in a limited edition of just 100 pieces. It is being launched this week at the IWC For the Love of Cinema event that supports filmmaking and celebrates the brand’s involvement. It will showcase the winner of this year’s IWC Filmmaker Award, which grants $25,000 to that winner and offers a year-round mentoring program from Tribeca Film Institute. 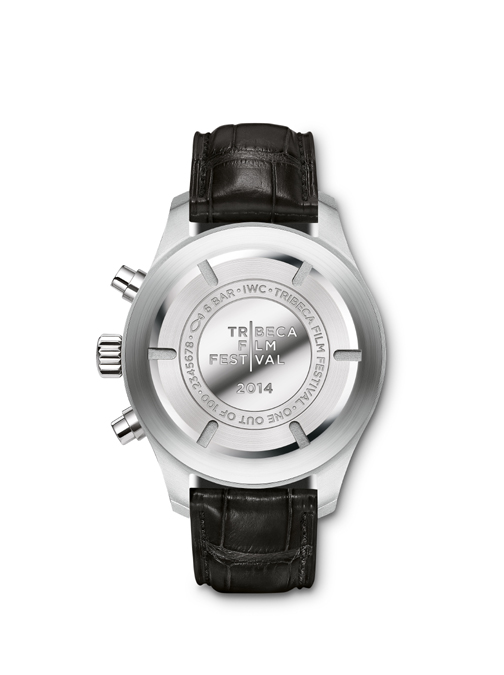 The watch back is engraved to commemorate the Tribeca Film Festival 2014.

The watch will be sold exclusively at IWC boutiques in America. The Spitfire watch was named after the legendary British aircraft by the same name – an emblem of valor and strength. Equipped with the IWC-manufactured caliber 89365, this new timepiece features Bordeaux subdials as a stylish tribute to the rich red carpet, contrasting luxuriously against the slate-colored dial reminiscent of the steel skyscrapers in the city Tribeca calls home. A special engraving on back of the stainless steel case commemorates the Tribeca Film Festival 2014.The watch retails for $11,600. 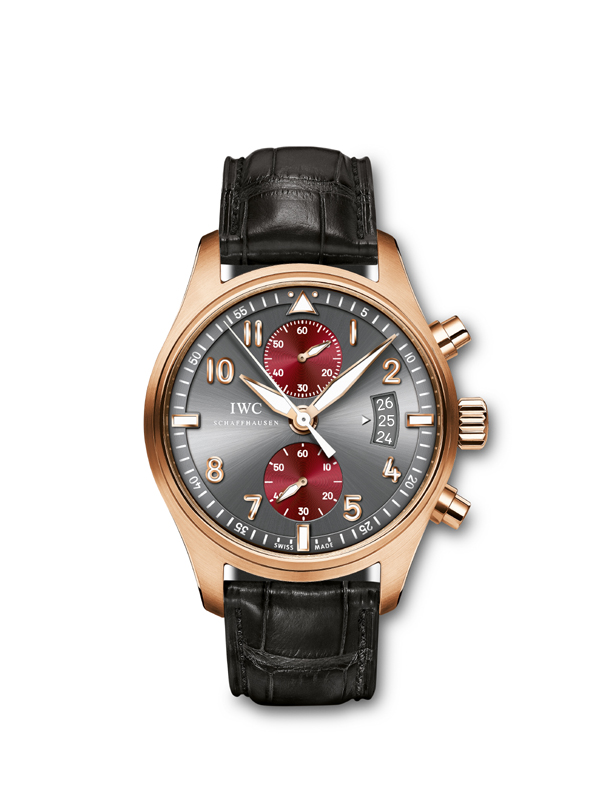 The one-of-a-kind that sold at auction last week was crafted in 18-karat rose gold.