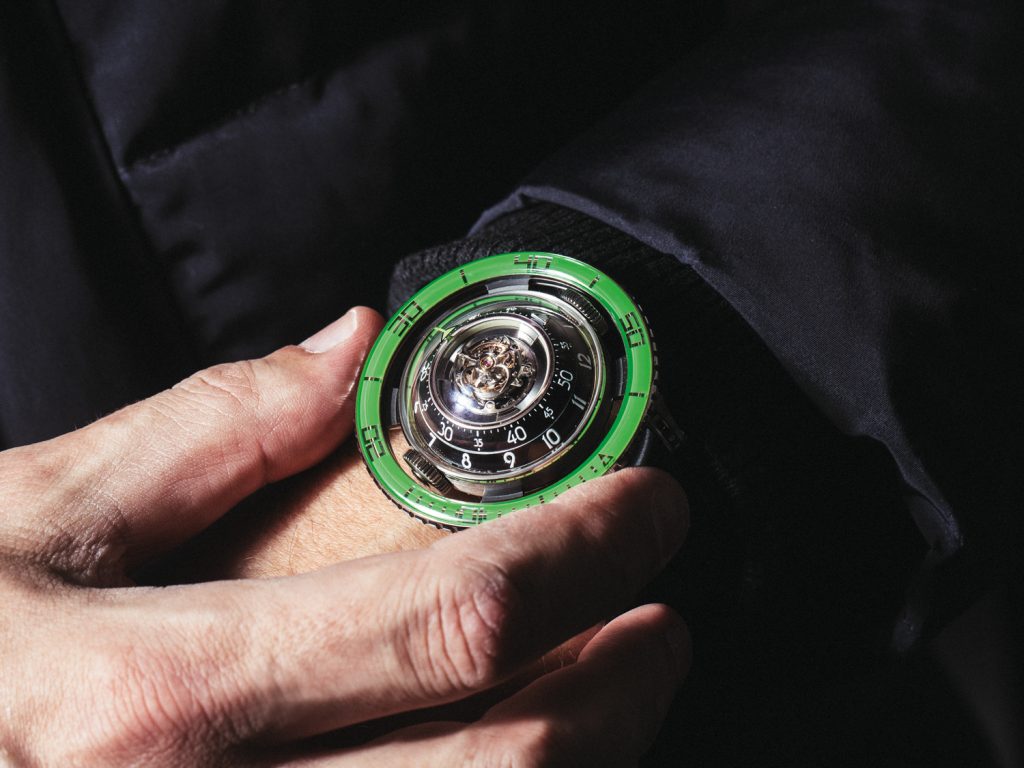 Inspired by jelly fish, the newest MB&F HM7 Aquapod is crafted in titanium with Green bezel.

Today, we are happy to introduce MB&F fans to the newest HM7 Aquapod watch — clad in green and looking mean. Indeed,  after the two launch editions last year– one in 18-karat 5N rose gold with a black bezel and the beloved titanium version with a blue bezel — MB&F now unveils a second titanium HM7 Aquapod with a green sapphire crystal  bezel — at a price of $108,000.

Turning to water — or more specifically — jellyfish for inspiration, MB&F reached its tentacles into the deep blue sea when it started work a few years ago on the  Horological Machine No.7,  Aquapod. The first of its kind  — with a central flying tourbillon within the vertical movement — was released last year to much acclaim.  While the rose gold and black model was a hit, the titanium and blue version — with colors reminiscent of the oceans — stole the limelight. Now, the newest model — with a bold green sapphire crystal unidirectional bezel that floats outside of the case — is sure to create waves, especially since only 50 will be made. 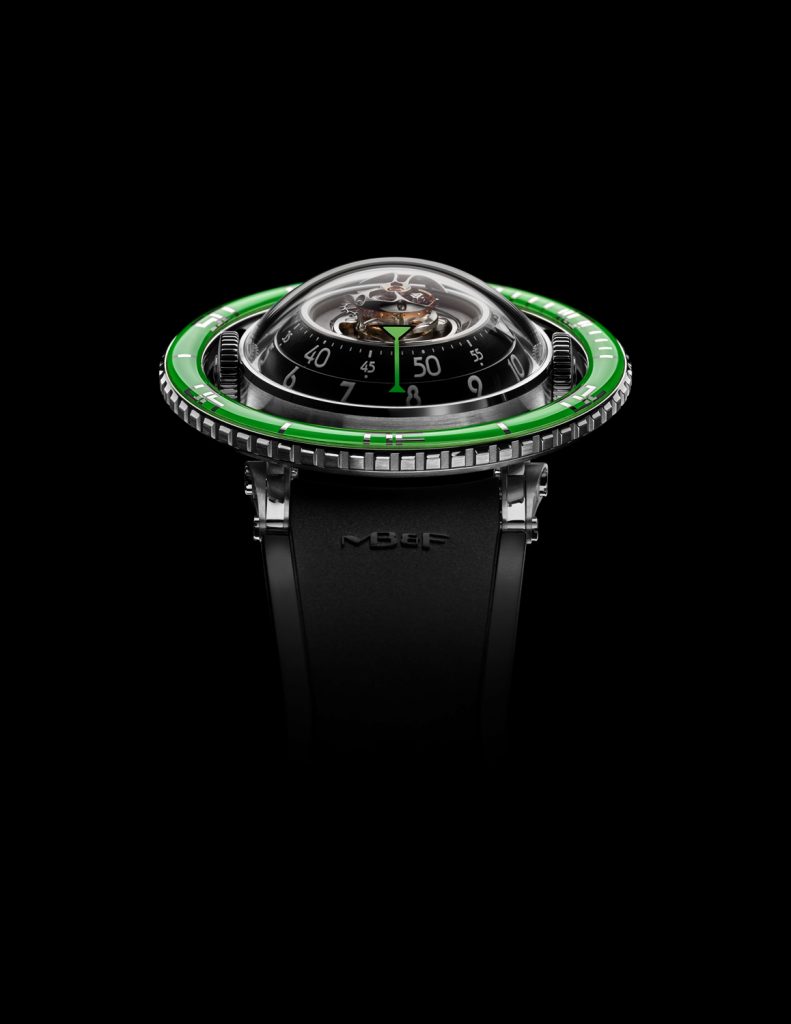 As per MB&F — because, honestly, they  say it best: “Jellyfish are radially symmetric, Aquapod is radially symmetric. Where a jellyfish generates power from food caught in its tentacles, HM7 generates power from its tentacle-like automatic winding rotor…Where jellyfish have a hood or bell on top, HM7 Aquapod has an imposing flying tourbillon regulating the power generated by the rotor, and transforming it into the display of time. … And, like many jellyfish, HM7 glows in the dark. It glows where you would expect it to – on the hour and minute numerals – but also around the inside of the movement, to light up that flying tourbillon at night.”. 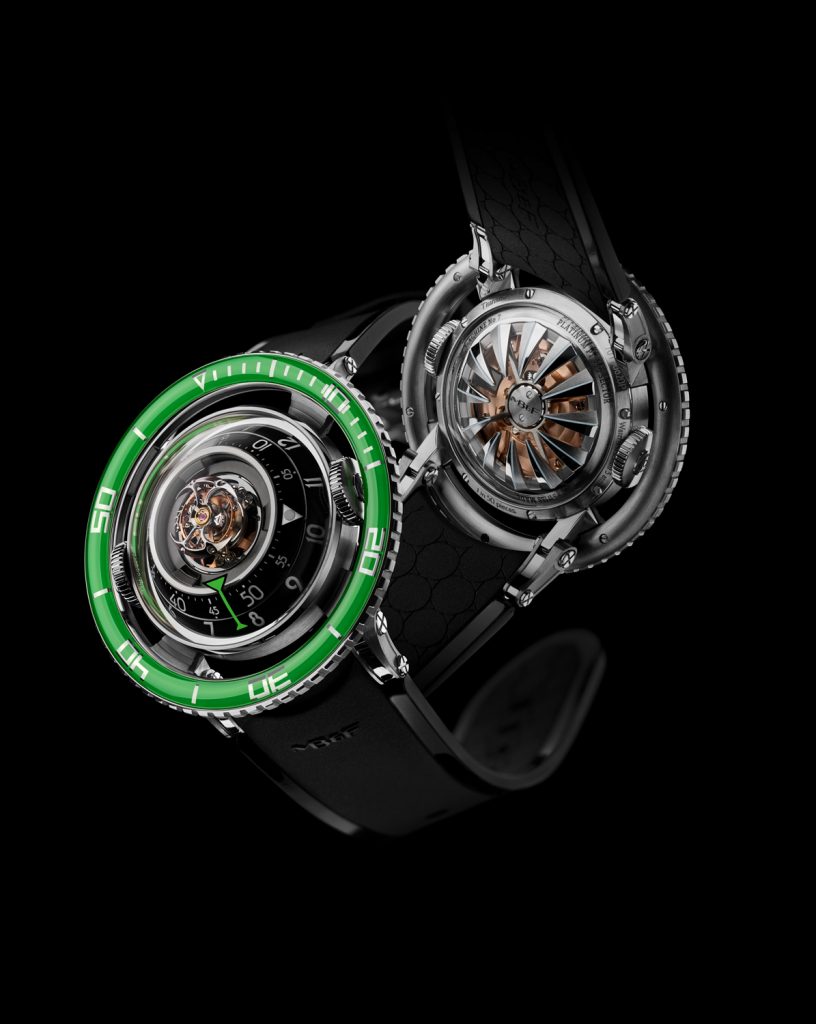 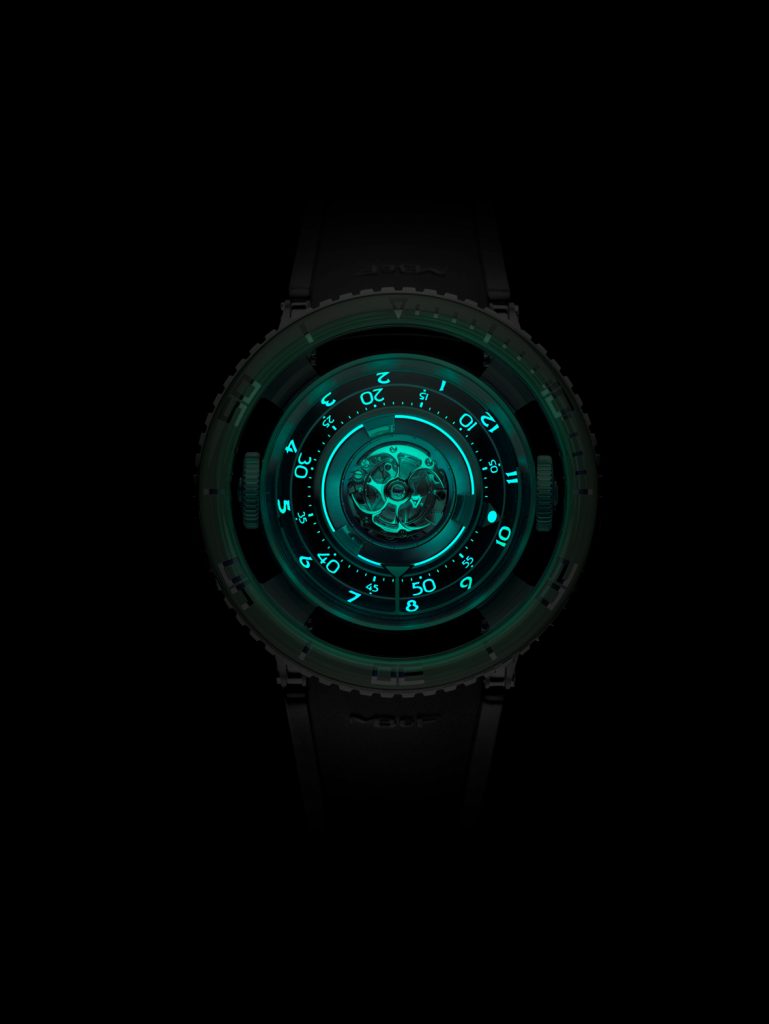 Crystals: Top and bottom sapphire crystals treated with anti-reflective coating on both faces. 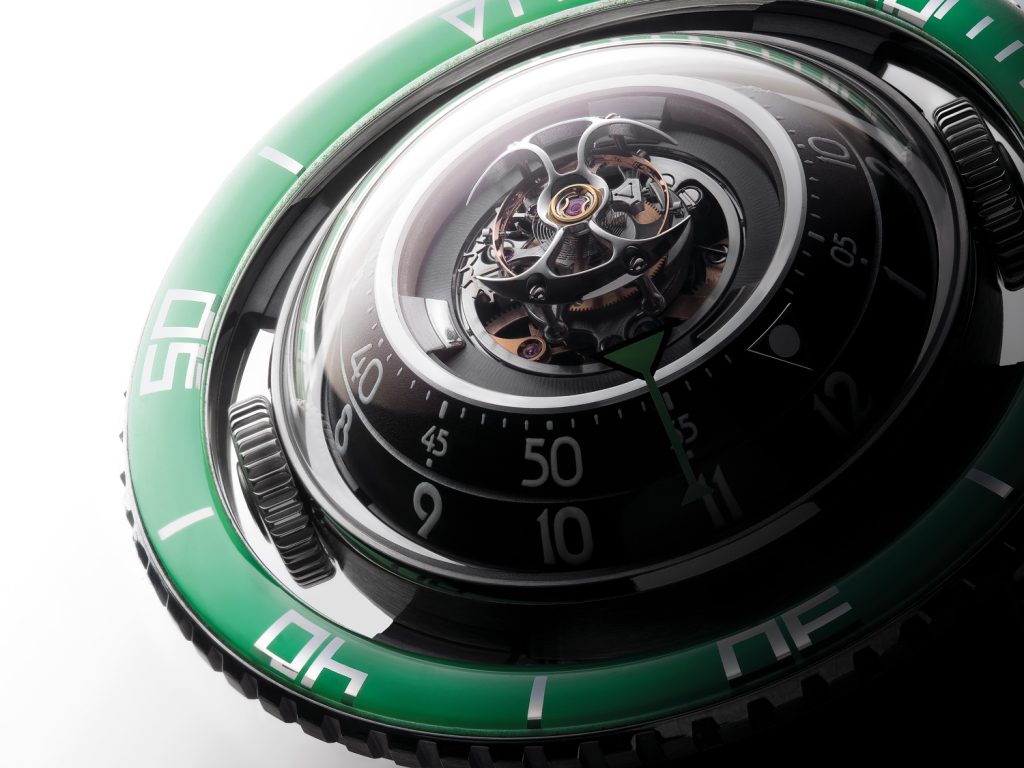