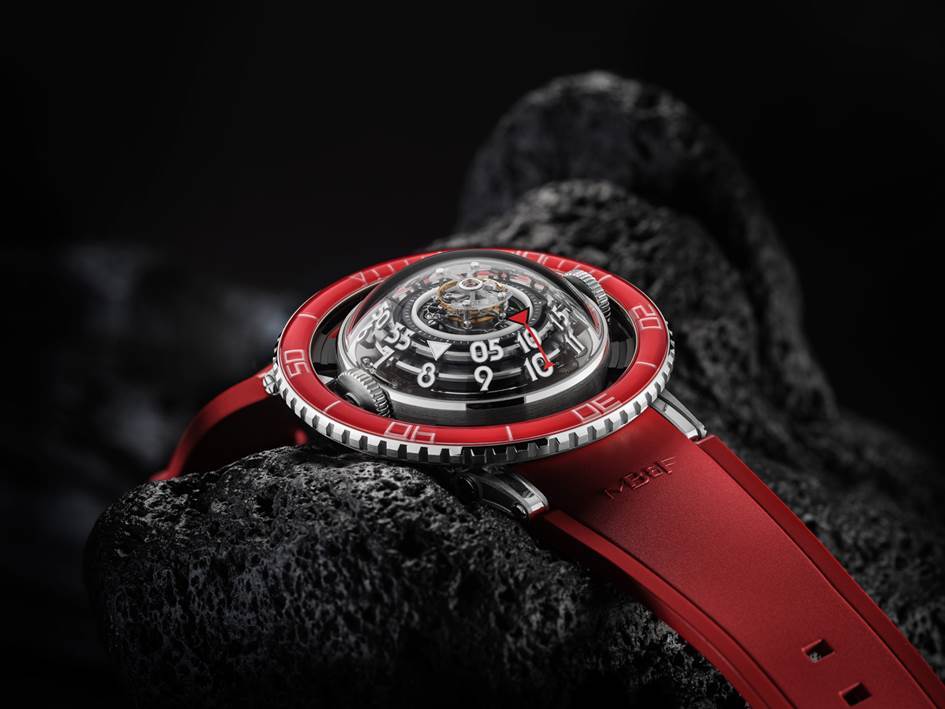 It was in 2017 that MB&F unveiled its first HM 7 Aquapod (jellyfish) watch in Titanium Blue that wowed the world . Later variations included Red Gold and Titanium Green variants. Now, the brand unveils this limited edition (25 pieces) horological machine: HM7 Aquapod Platinum Red and it is boldly beautiful.  Blue and green certainly make sense when referring water, but one rarely thinks of red in relation to the seas (except perhaps for the Red Sea, named for its seasonal red blooms of a plant near the surface of the water that gives it a red hue) . However, in the depths of the ocean where the color red becomes almost invisible, nature has provided certain sea creatures with their own defense mechanism against predators: red skin.  Deep-sea jellyfish sometimes have red stomachs as part of their camouflage. 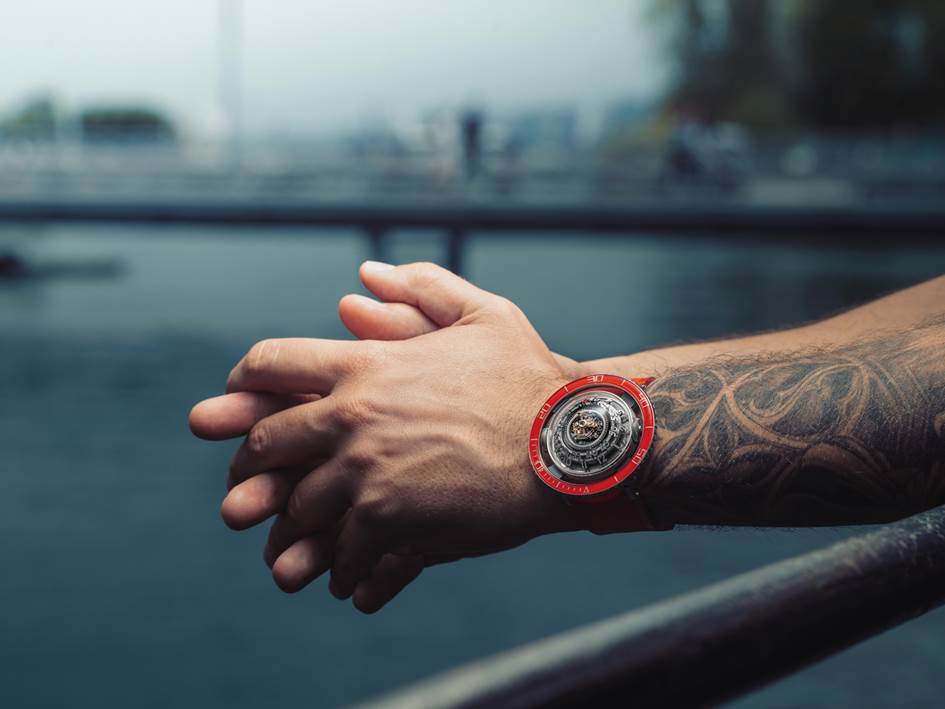 MB&F HM7 Aquapod Platinum Red is being made in a limited edition of 25 pieces.

Either way, the Aquapod Platinum Red really works for me — it has a bold look to it that actually does take it out of the water.  The case is crafted from platinum 950 and the watch features a striking red bezel made from sapphire. Like its siblings, the three-dimensional watch features floating numbers and blue high-luminosity AGT glow, but has a few distinct differences. In this new version, the 3D numerals are sculpted in titanium instead of aluminium as in the other models and the hour and minute numerals are black DLC. Additionally, to further underscore the transparency of this watch (that mines the transparent jelly fish), MB&F replaces the heretofore battle-axe tourbillon bridge with a clear sapphire bridge. This enables even better viewing of the flying 60-second tourbillon.  In total, the self-winding HM7 engine consists of 391 parts and was developed in house. 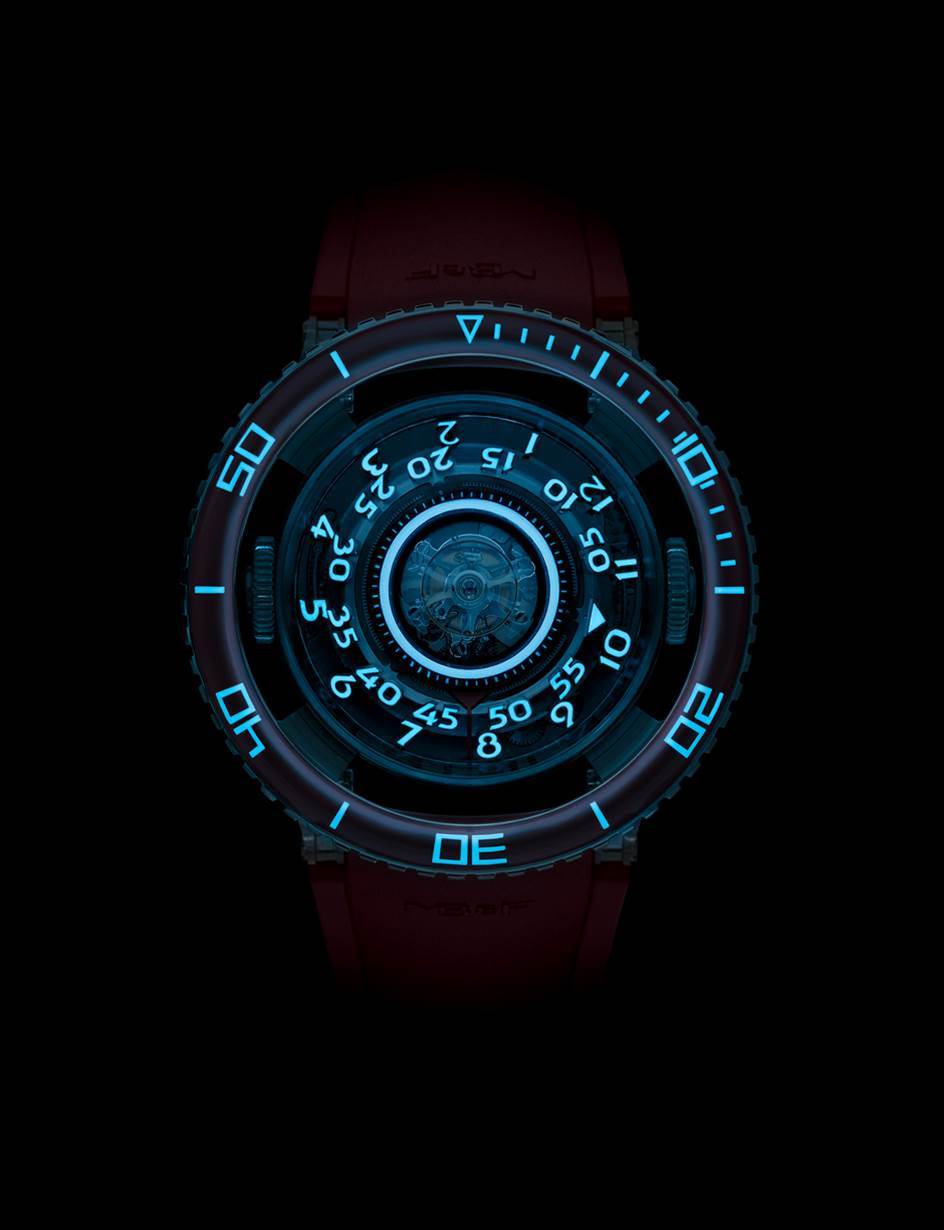 The luminous hour and minute numbers of the watch still glow blue.

Each watch is being sold with three rubber straps, one each in red, white  and black. It carries a retail price of $165,000 and will likely sell out fast — especially since this marks the first time that MB&F has used the color red in its collections (with the exception of red accents on the Art piece in collaboration with Alain Silberstein). 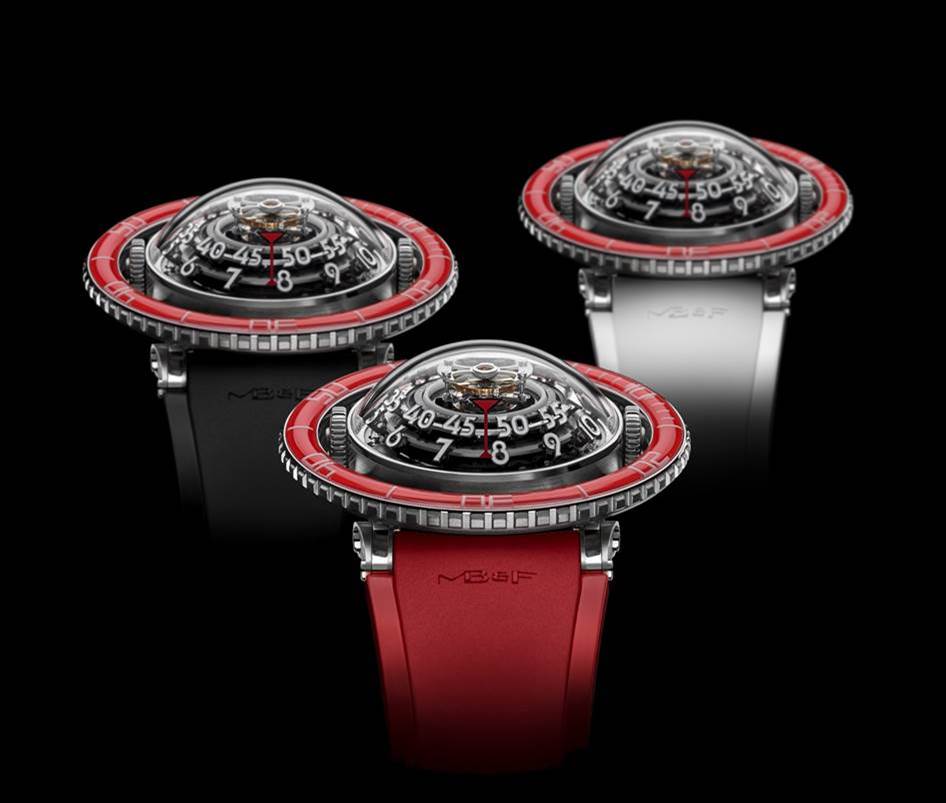 Technical Specifications of the MB&F HM7 AQUAPOD IN DETAIL

Numerals, markers and segments along the winding rotor in Super-LumiNova

Two crowns: winding on left and time-setting on right