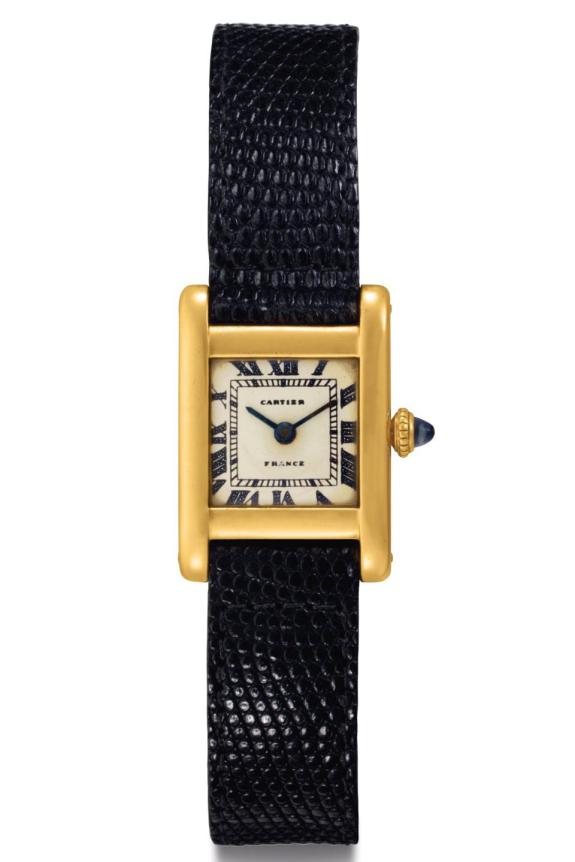 In yesterday’s Christie’s Rare Watches and American Icons auction, which totaled sales of more than $10M, the Jacqueline Kennedy Onassis Cartier Tank watch set a world record for the most expensive Cartier Tank ever sold at auction. It went for $379,500.  The winning bidder donated a portion of the proceeds to the National Endowment for the Arts. 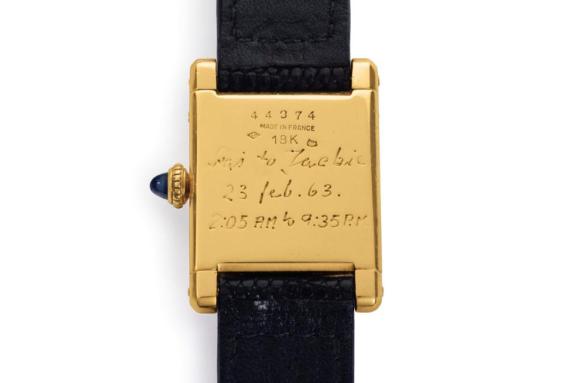 The caseback of the Jackie Kennedy Onassis Cartier Tank watch is engraved. 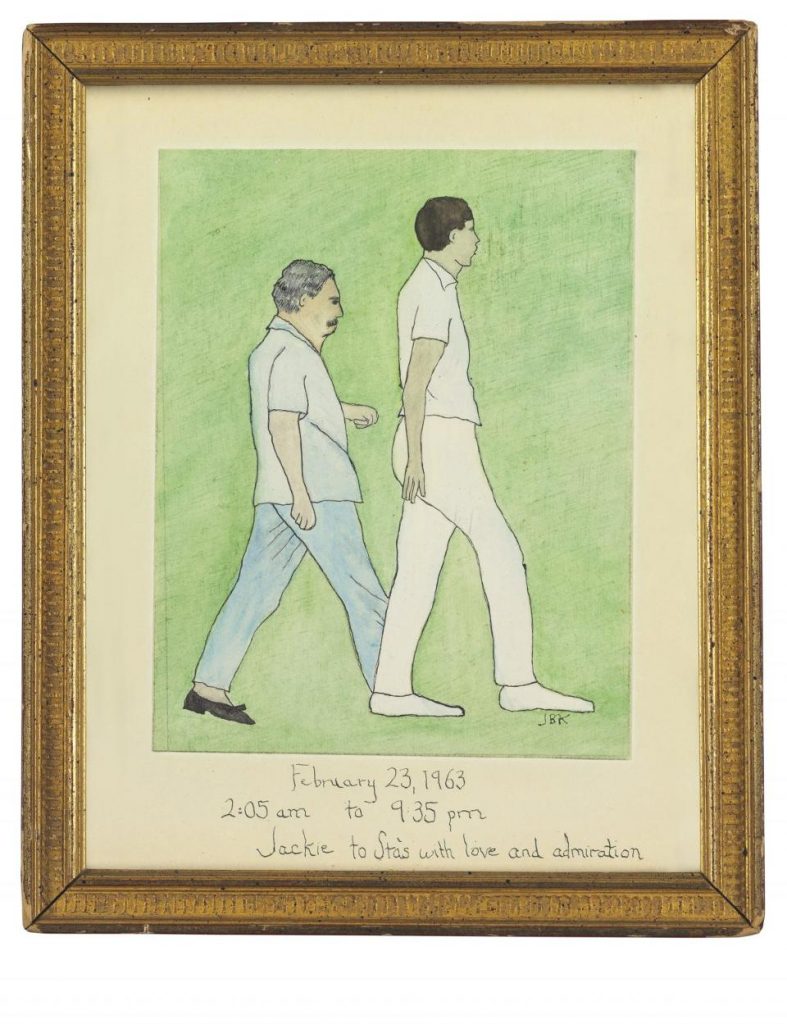 A painting by Jackie Kennedy Onassis also sold with the watch.

The watch was sold with an  original painting by Jackie in 1963 as a gift for Radziwill also commemorating the hike and with the same date and times on it. Her painting also features a handwritten note to Radziwill: “Jackie to Stas with love and admiration.”