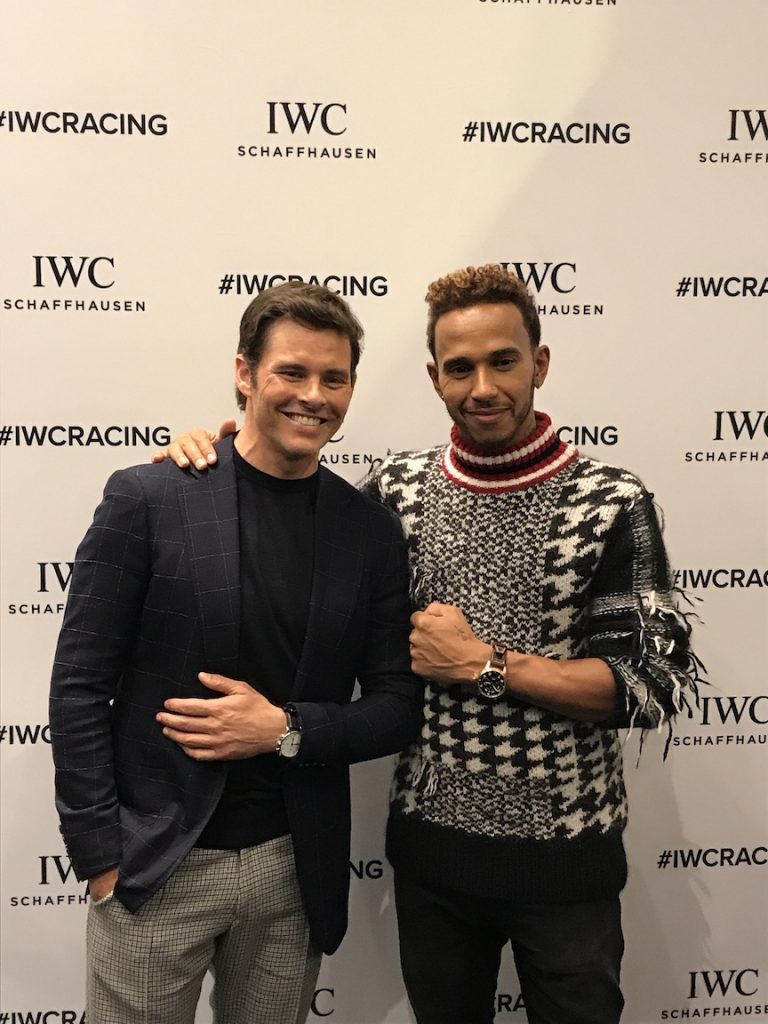 Last week, IWC hosted a panel discussion at their NYC flagship boutique store between actor James Marsden, most known for his role as Cyclops on X Men, and renowned world F1 racing champion Lewis Hamilton. The discussion between brand ambassadors covered what performance and preparation mean to them and how they’ve come to embody the spirit of the brand in their everyday lives.

The conversation between the two celebrities was really a dialogue between friends as the two had met over 6 years ago at SIHH and have stayed in contact ever since. The bond was initially built over Stevie Wonder and has since grown to encompass a wide range of shared interest from pop culture to shared interest in each other’s art with James frequently visiting Lewis Hamilton in various competitions. The interest is shared as Lewis is a huge fan of West World and other projects James has undertaken.

What was most interesting to hear as the two spoke is how similar certain aspects of their lives are. Both individuals are part of extensive teams and while they may be the front men, they rely on the skill of their team to see successful outcomes. For example, for Lewis Hamilton and the formula 1 racing team, the group is comprised of 1700 individuals that help to keep the car running during the racing season as well as to innovate the vehicle for the next. For James, the film crew is integral to creating the perfect scene post editing process. 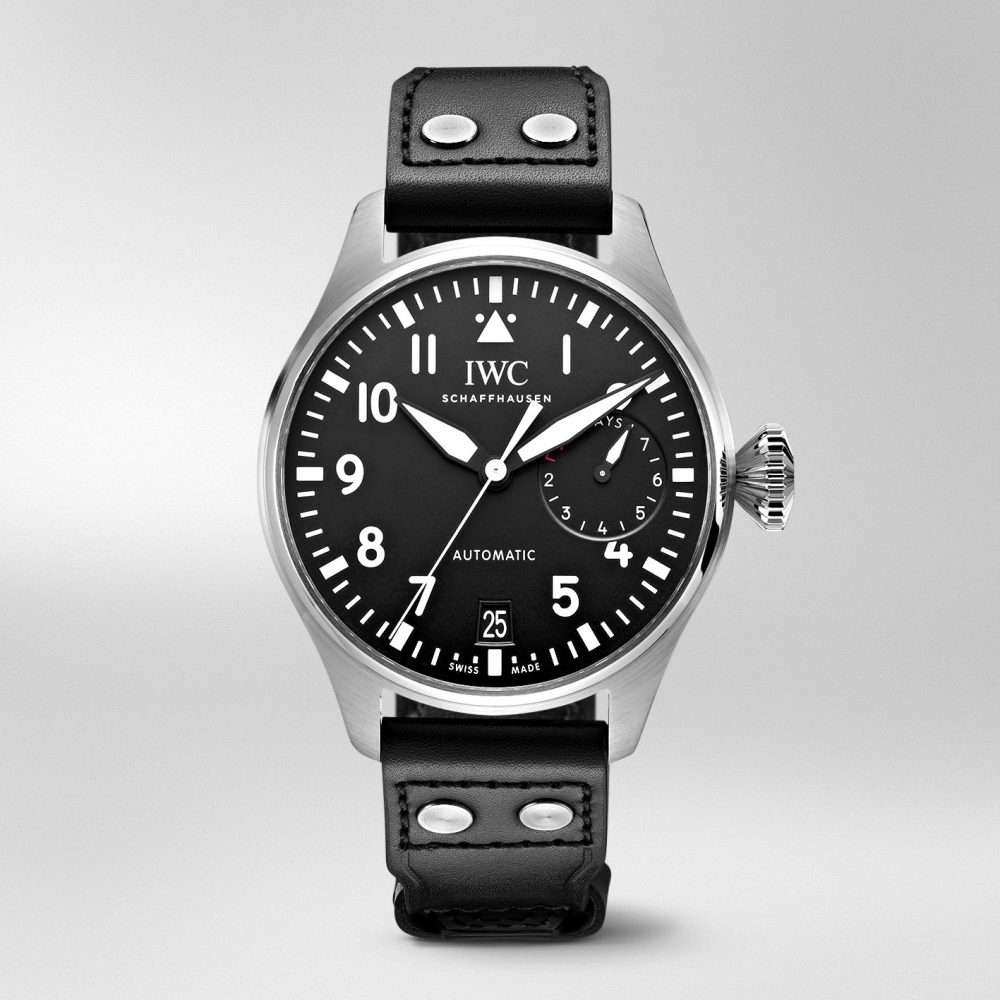 Much in the same way the brand ambassadors recognized the manufacturing expertise of IWC to create pieces that has lead them to be amongst the worlds best crafters of timepieces. As a matter of fact James Marsden revealed himself to be a horolgist and rattled of a number of technical traits of the brands most famous lines, the Big Pilot and Portuguese. Given his level of knowledge it is not surprising that James had on the 150 year Portuguese chronograph. The piece is a  stunning 2000 limited piece run that features a white lacquered dial in a stainless steel case and blue steeled hands. Lewis, who wanted to be a fighter pilot growing up, had on the Big Pilot’s watch. The watch is a constant reminder that as a racer who is subjecting themselves to supreme physical challenges (6 times their body weight on turns and will lose weight during race as a result of their thermal racing suits) to always be chasing time.

The event at the New York boutique was great to be a part of, and also helped to make the world feel like a smaller place in getting to interact with some of the largest names in their respective industries. Their affection for IWC is much the same as the average watch fan. The two ambassadors love the history, heritage and longevity of the brand and that in a nutshell is what we are all looking for. Good times IWC and please do this again soon! 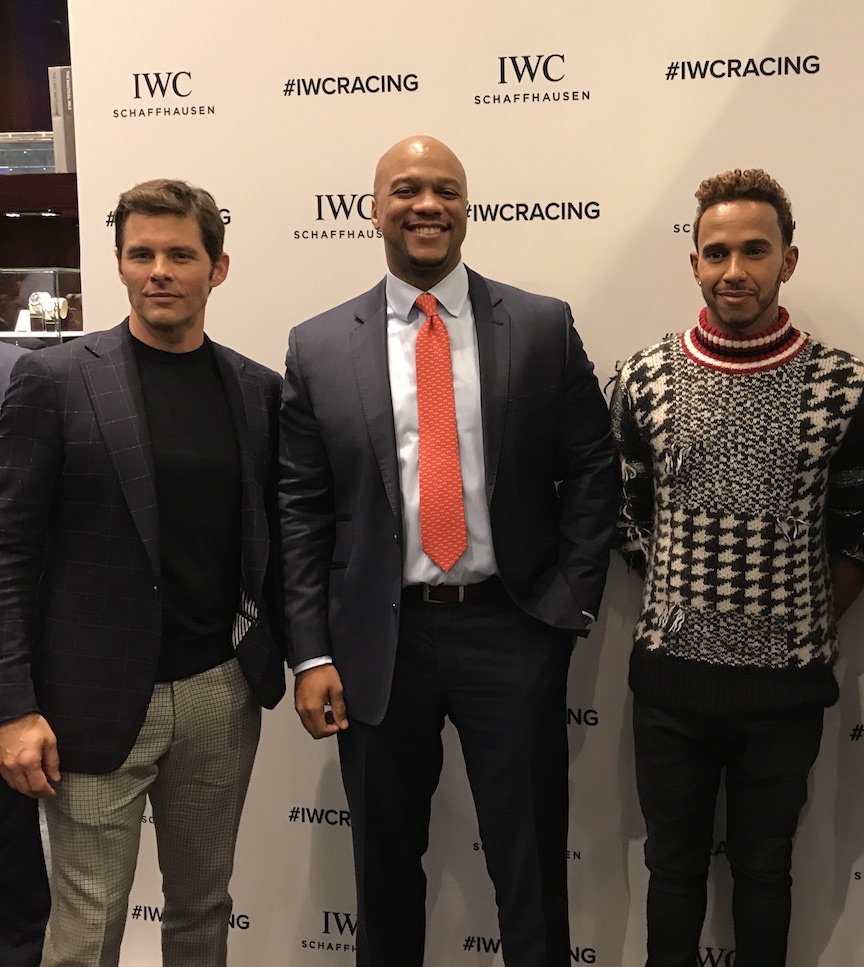