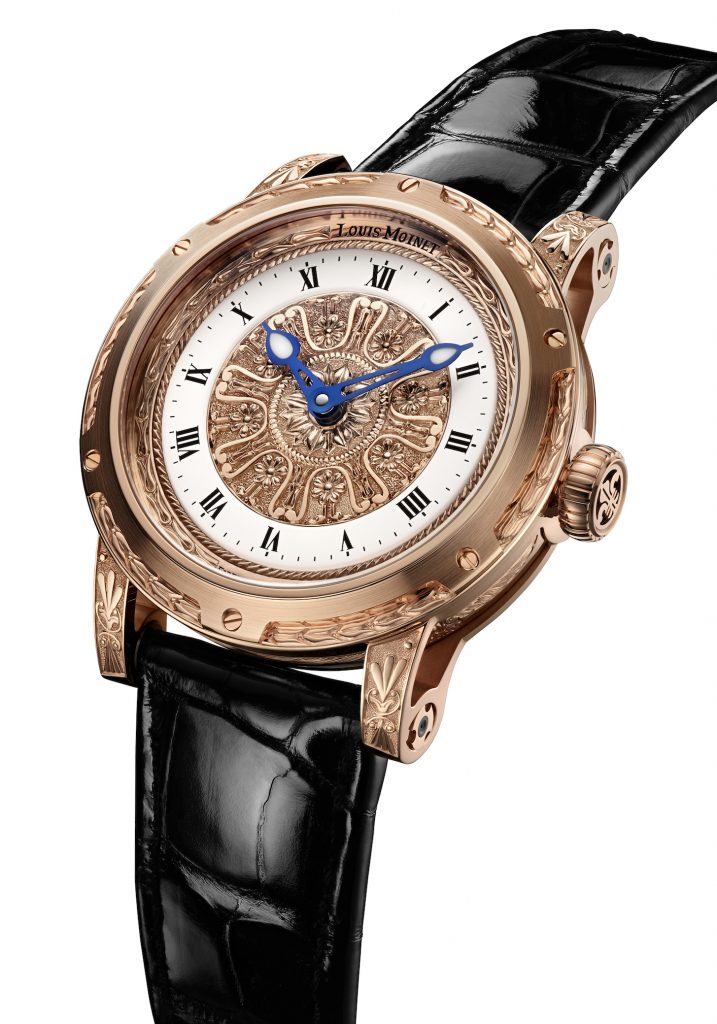 Atelier Louis Moinet — one of our favorite independent watch brands — seems to exist  to perpetuate the legacy of Louis Moinet himself, master watchmaker and inventor of the chronograph in 1816. In a decisive step to further establish the firm, Louis Moinet recently opened its first ever boutique in Moscow. This development bears witness to real growth for Louis Moinet in a time when the watch-making market is struggling to regain ground. Additionally, in honor of this brand first, Louis Moinet has developed a set of  exclusive watches for its new boutique.

The specialty timepieces feature something Louis Moinet does masterfully:  exceptional dials. Materials including red Pietersite, deep blue Dumortierite, Brecciated Obsidian and Aventurine. These timepieces, whose dials were produced with the help of expert craftsman Daniel Haas, form part of the “Treasures of the World” collection, which prominently features mineral dials. The limited Moscow boutique pieces exhibit exclusive designs that pay tribute to both history and culture of the brand.

In a deep dive into the heritage of the brand, Louis Moinet unveils a contemporary creation featuring handcrafted engravings reflecting the style of classical watchmaking. These quintessential features pay unique tribute to the brand, dating back to the nineteenth century when Louis Moinet supplied his legendary clocks to Tsar Alexander I. This timepiece, known as the Russian Saga, serves as a re-imagination of history while incorporating some novel attributes. The Russian Saga is the first creation from Louis Moinet to feature a hand-engraved brass dial, along with a case that is also hand-engraved. The dial is identical to that of the Russian Tsar’s clocks which are now preserved in museums across the country. 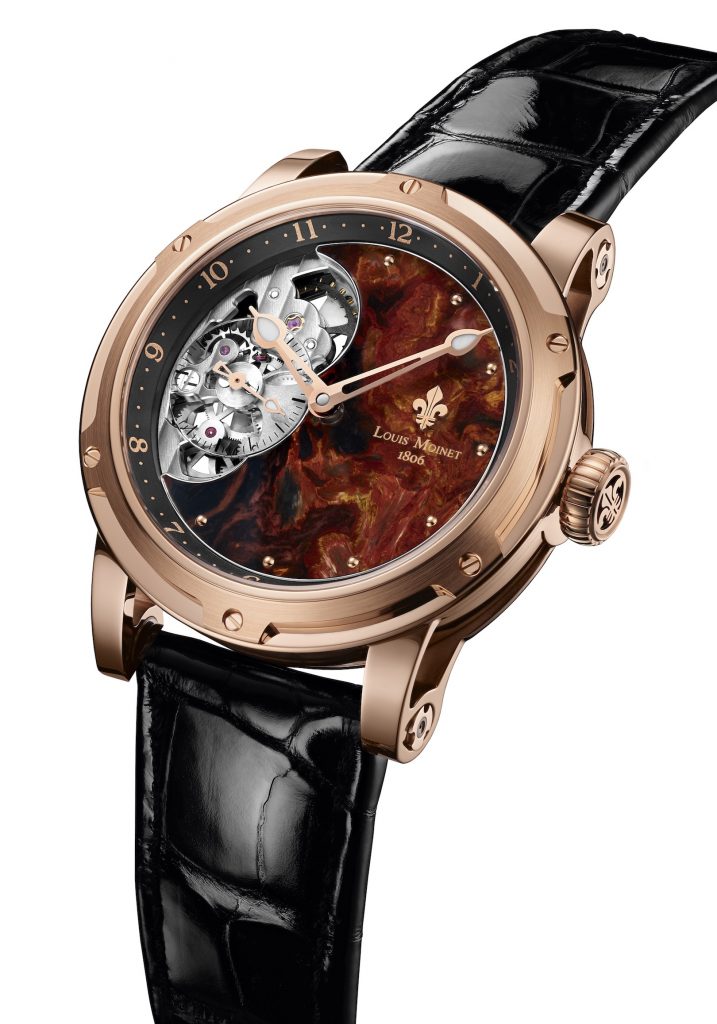 In typical Louis Moinet style, the dials of the new Moscow boutique pieces are made of rare minerals.

In Moinet’s second release, the brand pays homage to Russian tradition with the use of the country’s double-headed eagle. Known as the Russian Eagle Flight, the watch required nearly a year of research to create this three dimensional piece which features a uniquely curved dial that makes it seem as if the Russian Eagle is about to take flight. In another nod to Russian tradition, the final limited edition piece, known as the “Metropolis Moscow” features a hand-engraved black guilloche dial featuring the cities key landmarks within a three-dimensional depiction of Moscow. These limited-edition Russian-inspired timepieces are available only at the new Moscow boutique, operated by Rich Time, Louis Moinet’s historic partner in the city.