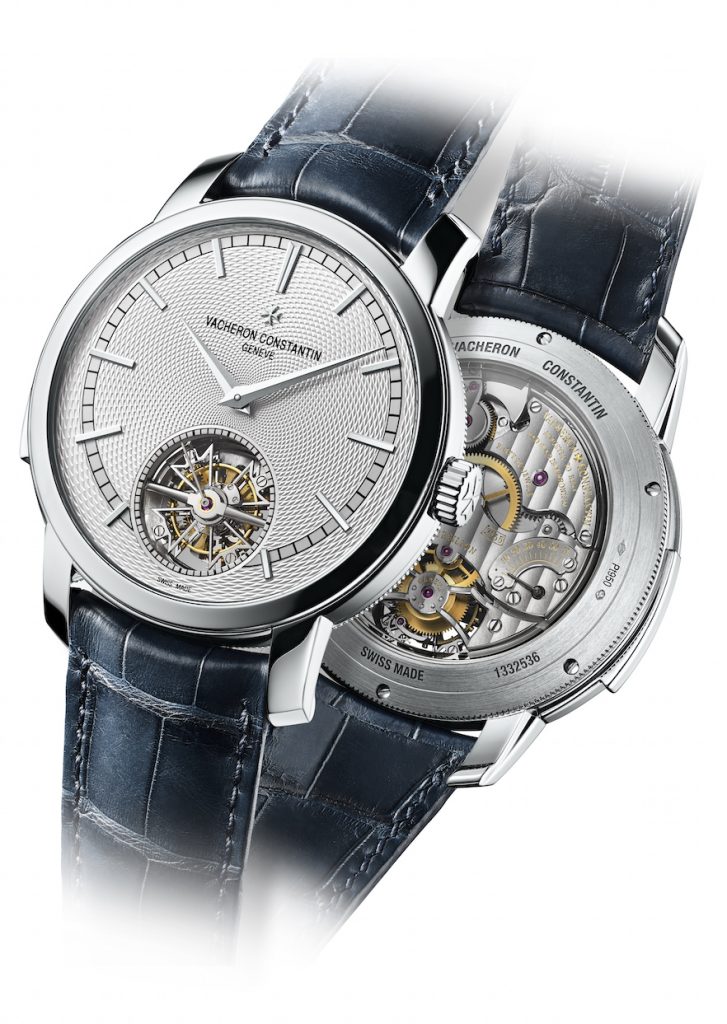 It’s the first of many to come: official pre-SIHH watch unveilings. While the Salon International de la Haute Horlogerie (SIHH) doesn’t take place until January 2017, we will begin seeing sneak peeks this fall. The first is the Vacheron Constantin Traditionnelle Minute Repeater Tourbillon.

A stunning example of haute horology, this new watch houses the brand’s original Manufacture movement, the Caliber 2755 TMR. Offered in rose gold ($490,000) and in platinum ($546,000) the half-million-dollar watch not only has an original hand-guilloche’ dial motif, but also carries the prestigious Hallmark of Geneva certification attesting to the high standards of craftsmanship and precision. 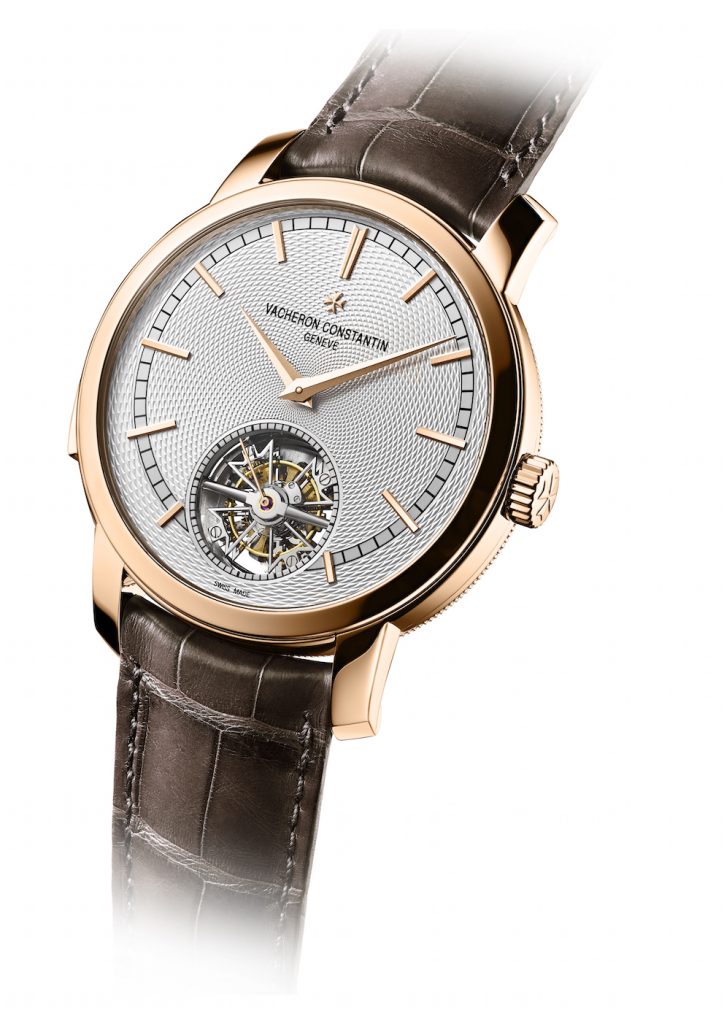 The highly complicated watch is being offered only in platinum and in 18-karat rose gold.

Naturally the oldest watchmaker in the world had developed incredible prowess over the centuries, and so unveils only the finest mechanics and aesthetics. The new caliber, entirely developed and made in house, combines two of the most coveted and demanding complications.

The tourbillon escapement (which compensates for errors in timekeeping due to the effects of gravity when the watch is in certain positions) also has the minute seconds attached to the cage. The escapement is visible via an aperture at 6:00 on the dial and beats at a slow 2.5Hz for a slower, steady rhythm that is mesmerizing. The tourbillon carriage, shaped in the Vacheron Constantin Maltese cross emblem, features a hand-polished bar that requires 11 hours of meticulous work. The hand-wound 471-part movement also powers the exceptional minute repeater. The gongs chime the hours, quarter hours and minutes past the quarter hours in three tones. 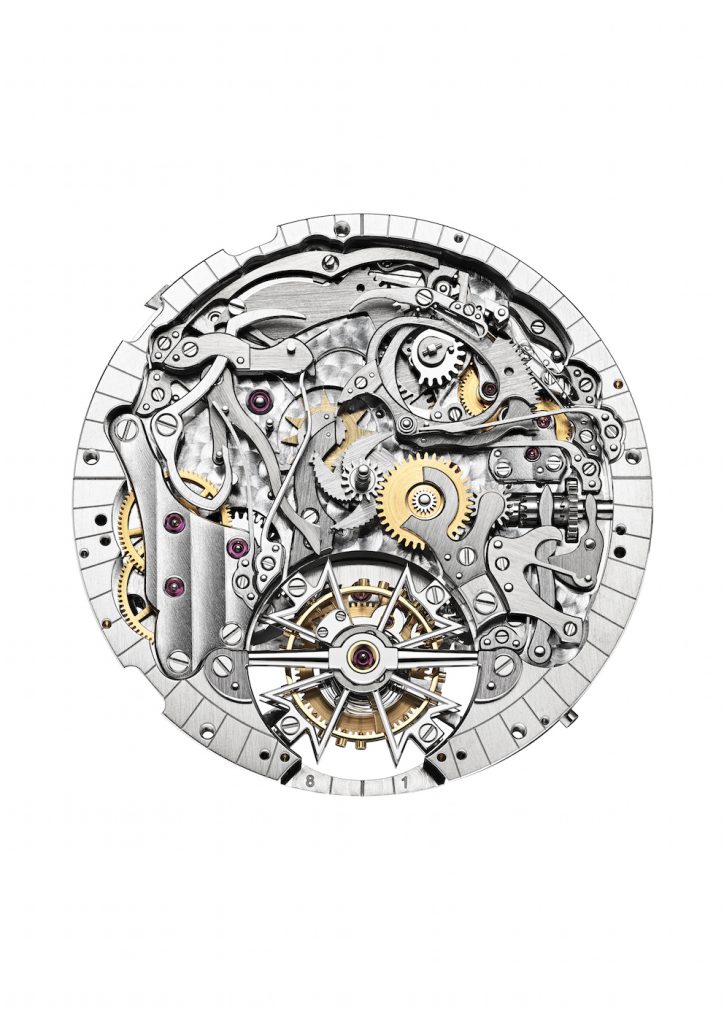 Additionally, the 44mm watch displays the hours and minutes, and features a pointer indication in pink gold for the 58 hours of power-reserve — on the back of the watch. The sapphire crystal case-back reveals the calibre with 40 jewels and meticulous handcrafted finishes that meet the Hallmark of Geneva standards.

The dial of the watch also offers exceptional beauty thanks to a specially created hand-guilloche’ motif that is used solely on “boutique only” watches. The dial choices for the platinum watch are slate grey or silver toned, while the dial of the pink gold version is in silver tone. The hands are made of pink gold for the gold version and of white gold for the platinum version. 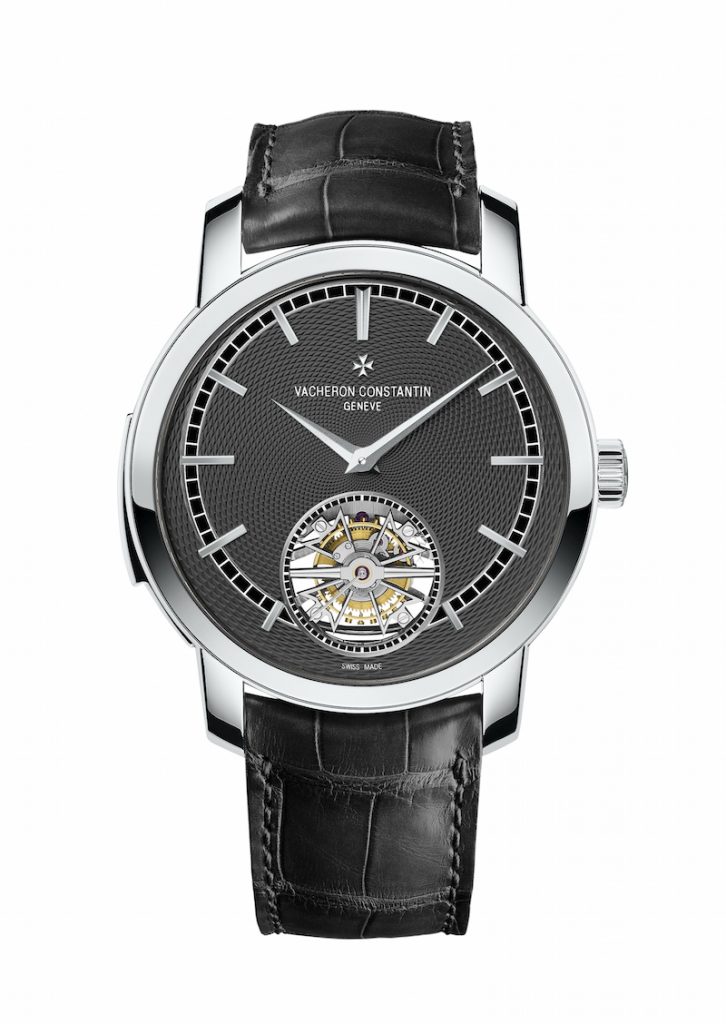 The tourbillon escapement lso has the minute seconds attached to the cage.

The watch, finished with a blue/black large-square-scaled Mississippiensis alligator leather strap (with alligator inner shell and hand stitching) is delivered in a “Music of Time” resonance holder that amplifies the sound of the repeater. It will be sold – in 2017—in Vacheron Constantin boutiques only.