Meet Harry Winston’s “Year of the Monkey” Premier Watch –Yes, Men, This One is for the Women (Prices) 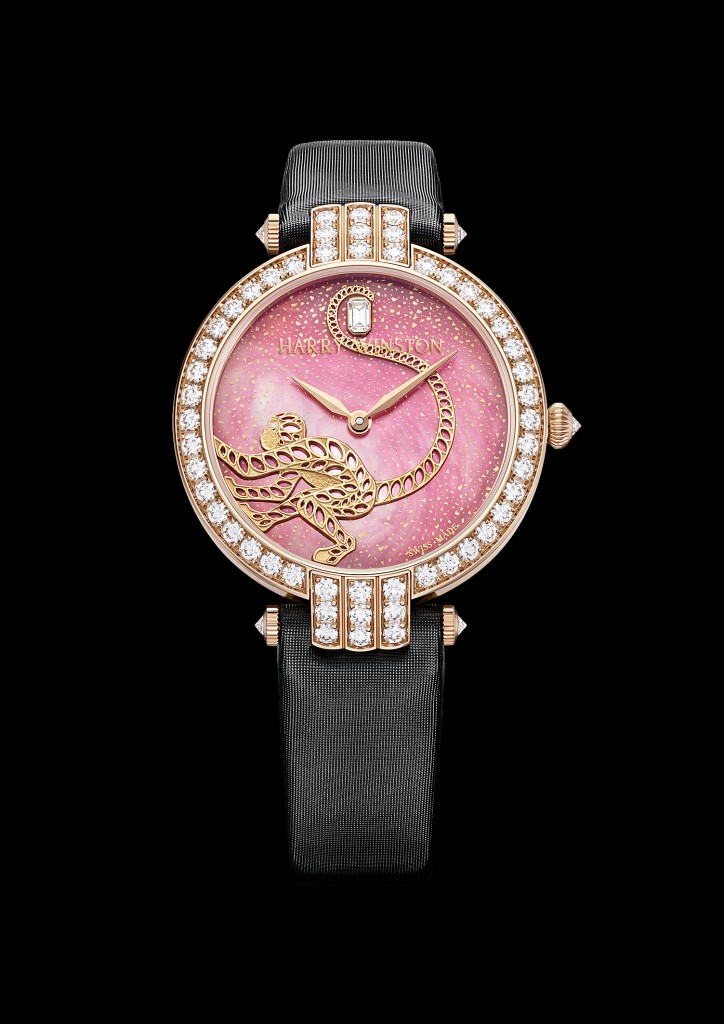 While we have officially started our New Year, the Chinese New Year does not begin until next month: February 8, to be precise. So, to honor everyone’s new year, every day this week, we will bring you a look at new timepieces that are created to honor the Chinese New Year — where one zoo in China is letting people pet the monkeys in honor of this zodiac sign.

Each of the watches we will present has been specially hand crafted using artistic techniques for the dial and mechanical prowess for the movement, and each watch demonstrates a respect for the symbol that connotes intelligence, wit and playfulness. The monkey is the ninth symbol in the Chinese zodiac. 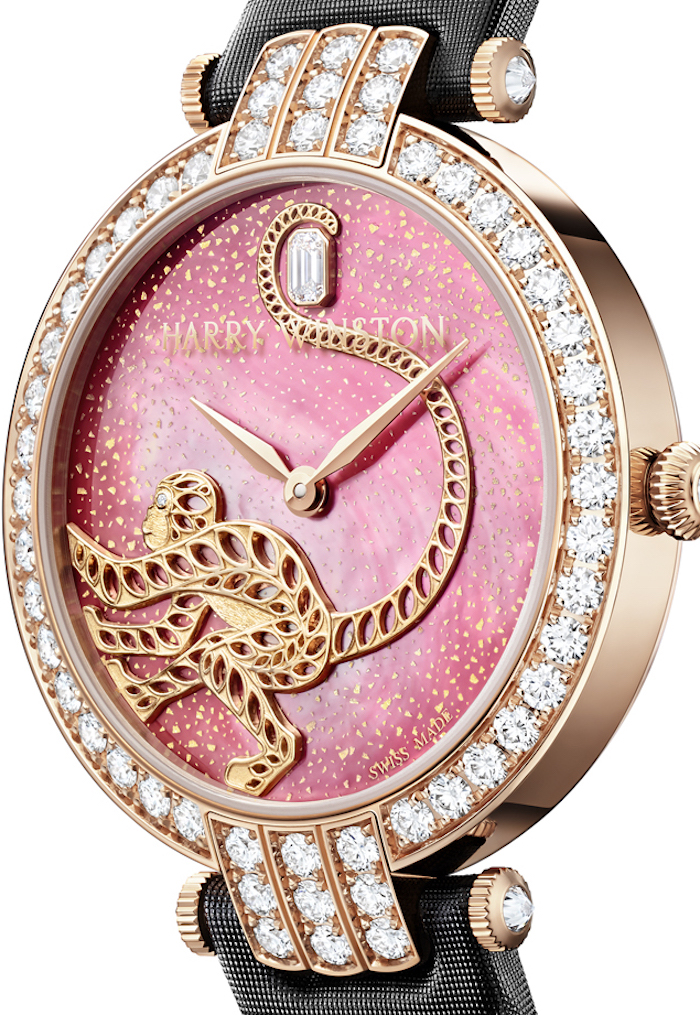 Today we bring you a look at the beautiful Harry Winston Premier Monkey watch.  With the  Premier Monkey Automatic 36mm watch, Harry Winston takes a different tact. Instead of hand-painting the monkey, Harry Winston has created an open-worked 18-karat gold monkey created in a similar form to  the Chinese art of Jianzhi (paper cutting) on the dial. The monkey’s tail is wrapped around an emerald-cut diamond at 12 o’ clock, and the entire scene is against a pink mother-of-pearl dial with inlaid 24-karat gold flecks. The 36mm 18-karat rose gold watch case is set with 57 brilliant-cut diamonds weighing more than 2.3 carats. The bezel, lugs and ardillon buckle on the black satin strap are set with an additional 74 brilliant-cut diamonds for a total weight of 2.47 carats.

The Premier Monkey Automatic 36mm is powered by a mechanical automatic 186-part movement equipped with a flat silicon balance spring.  The watch is meticulously finished with circular Côtes de Genève patterning and the movement is visible via a sapphire crystal case back. It  is being built in a limited edition of just eight pieces, and retails for $48,500. 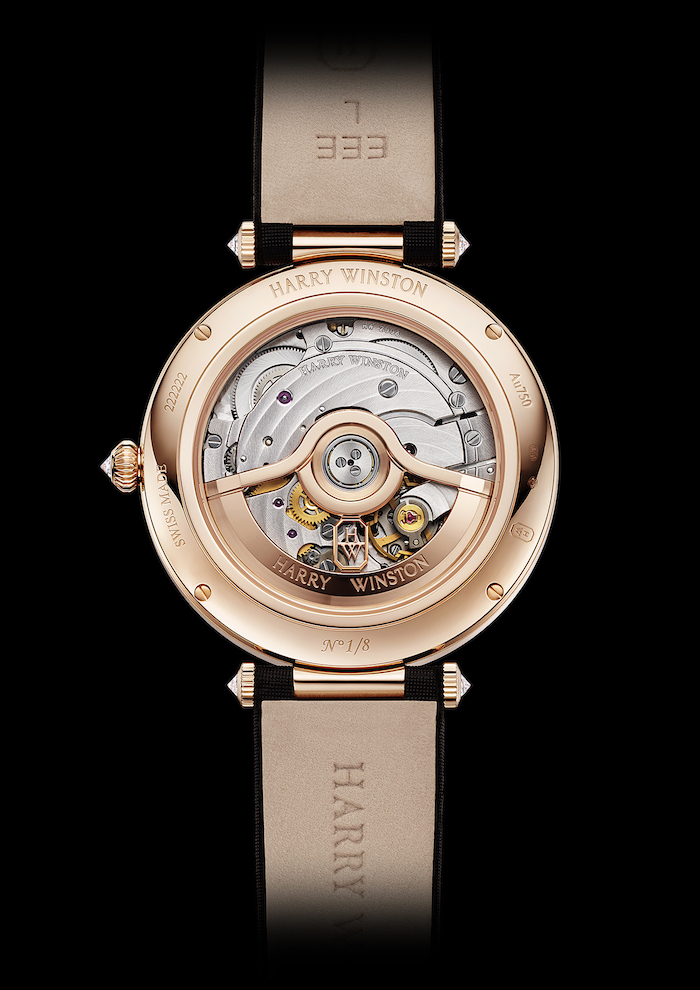