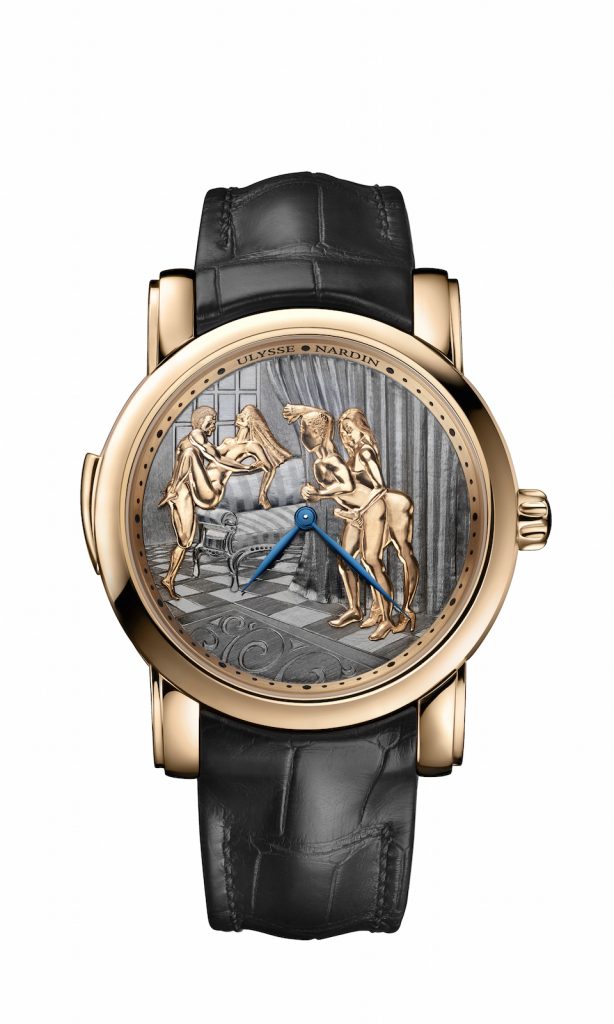 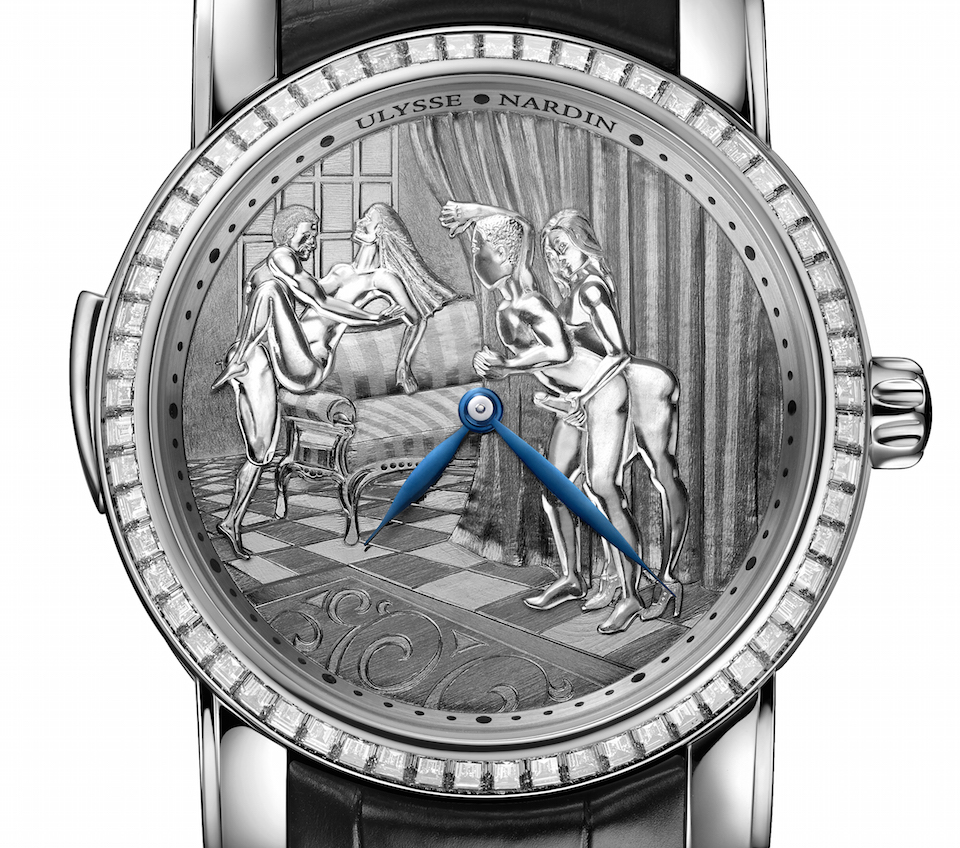 The Ulysse Nardin Erotic Classic Voyeur watch also yielded tremendous marketing magic for Ulysse Nardin at SIHH, where the brand focused on the concept:   “#FreakMeOu.t” Not only did Ulysse Nardin host lavish Hot Horlogerie parties a couple of nights in a row during SIHH that featured pole dancers, smokey haze,  and other exciting concepts, but also Ulysse Nardin showcased the new watch at SIHH in a dedicated red room — complete with whips, chains and other props hanging on the red walls, and a chaise lounge in one corner recalling one of the rooms in the famed 1878 Le Chabanais brothel of Paris. Dark velvet curtains also lined the walls, so that the props could be hidden if need be, much like the secret rooms in many of the 19th century pleasure houses.  In the end, though, the hype around the Classic Voyeur was just hype — designed to get people talking about the brand. The real eroticism, actually lies in the incredibly complex Classic Voyeur jaquemart minute repeater watch. 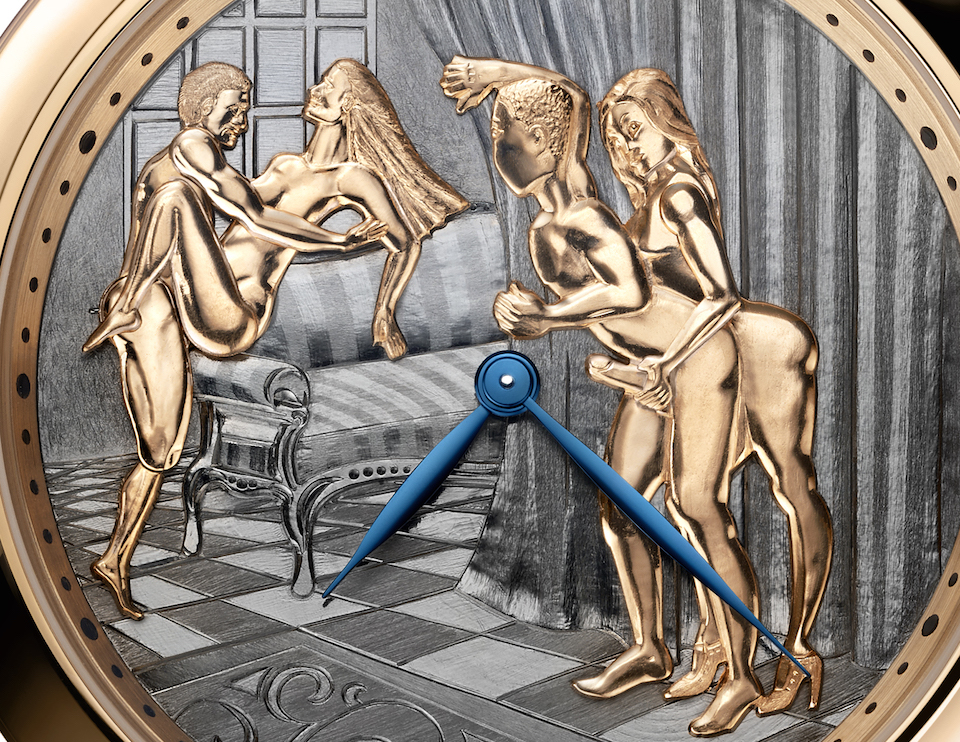 To begin with the anthracite dial is a masterpiece of artistic prowess, complete with sculpted gold figures and engraved detailing that depicts, in monochromatic gray tones, a lavish Louis XIV  room with chaise lounge, tile floor, scroll-work-motif carpet, and damask or velvet curtain. There are four “nude” gold figures on the dial: a couple in the background and a couple in the foreground. The couple in the background features a woman perched on the arm of the settee — her legs wrapped around the man.

The couple in the foreground, also naked, are the voyeurs: the man has pulled the curtain aside to watch the couple in the background in their moments of heated passion, and the woman behind him seems less concerned with voyeurism and more concerned with pleasuring her partner. This is where the watch strays from most typical erotic watches that generally display men and women in different Kama Sutra-like sexual positions. This watch may well be the first to not only display the single-hand action of the woman in the forefront, but also to do it using both the quarter hours and the minutes  to fully exemplify the act. 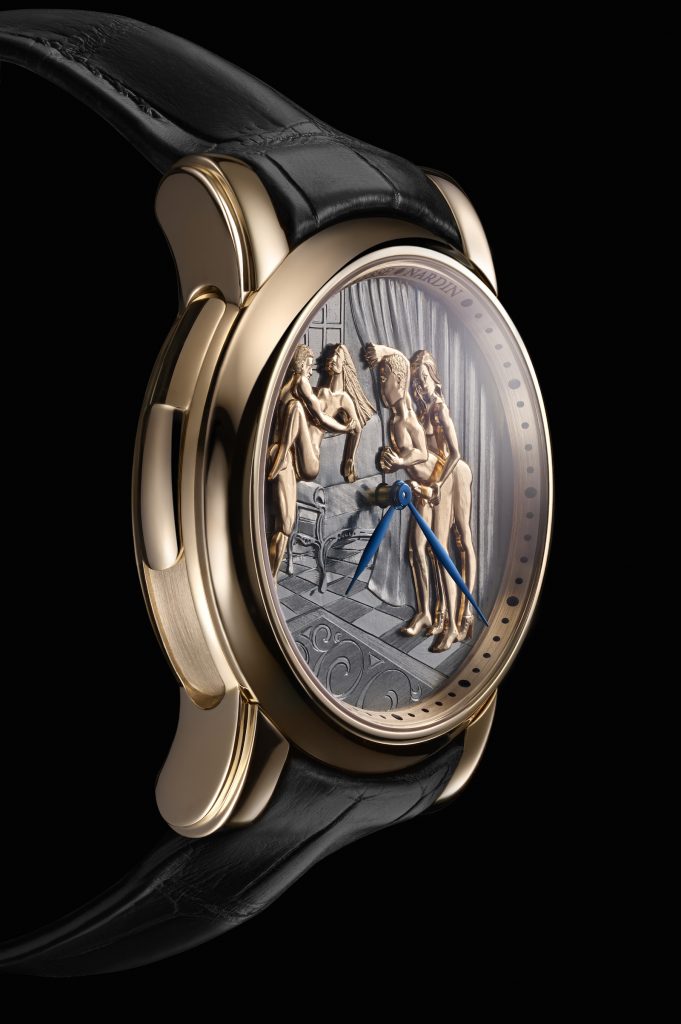 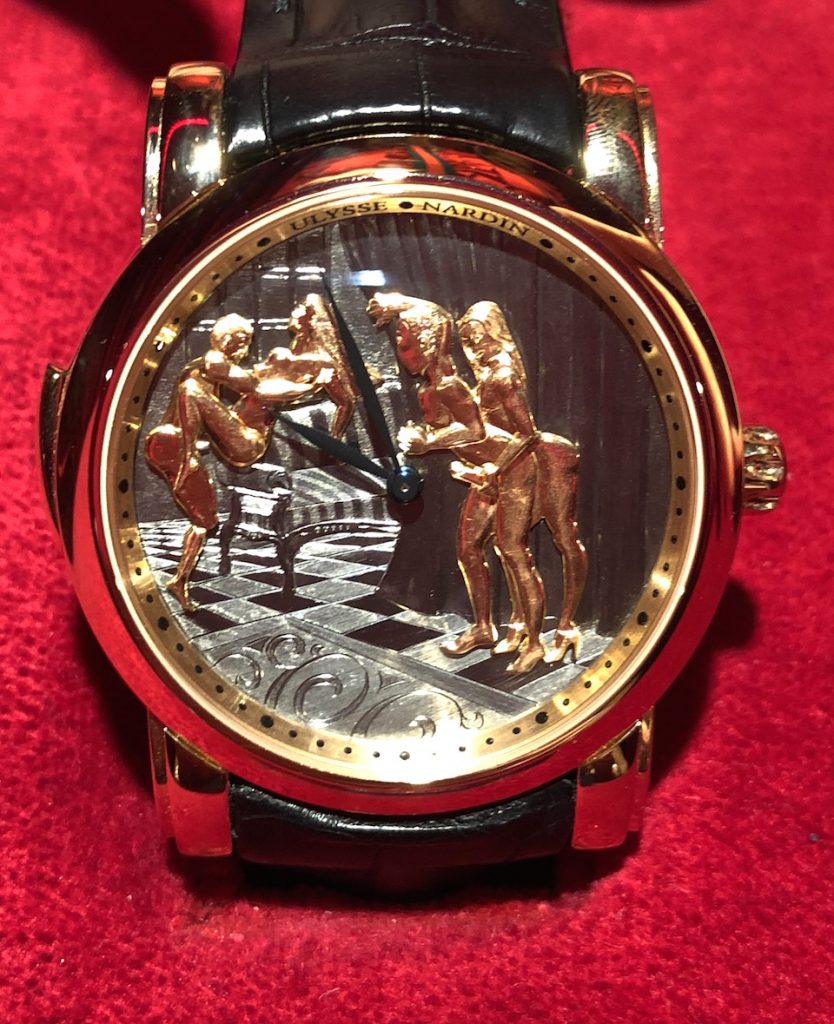